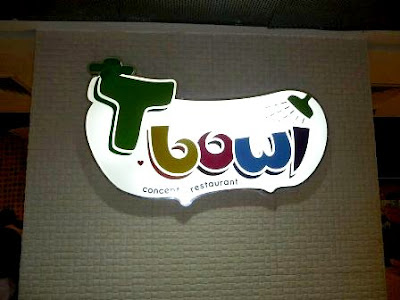 Theme restaurant had been quite famous in both Taiwan and Japan. The few most famous theme restaurant/cafe included Hello Kitty Restaurant in Taiwan, Cosplay Cafe in Japan and many of us will have seen or visited the 'Toilet Concept' Cafe in Taiwan.

Following the trend, Malaysia had come out with T-Bowl Concept Restaurant which was established at 2008 in Penang. Recently, they had opened a new outlet in KL. I thought it was a good idea to bring my kids and my mom to visit the restaurant as I'm sure that my kids will feel excited with it. 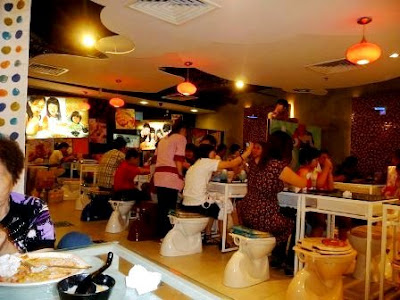 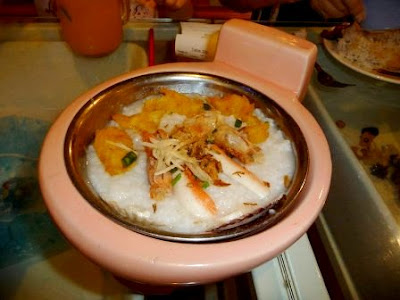 My daughter was attracted with the special design of the bowl, so, she insisted that she wanted to eat porridge. Taste wise, it was okay. Nothing to be shout home about. 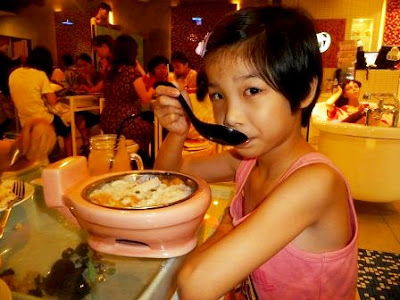 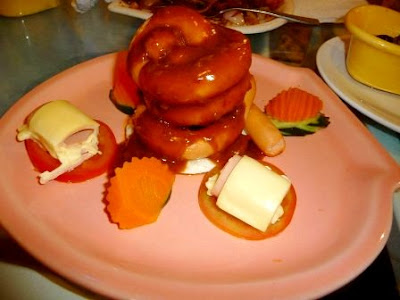 I ordered their signature dish to try. Signature Giant Sausage is actually a skinny long chicken sausage twisted and drizzled with sauce to give it the poop look. Then they garnished it with greens and some ham & cheese rolls. The taste was just average. 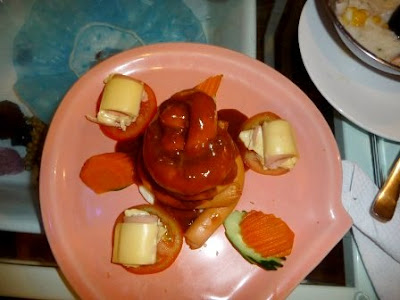 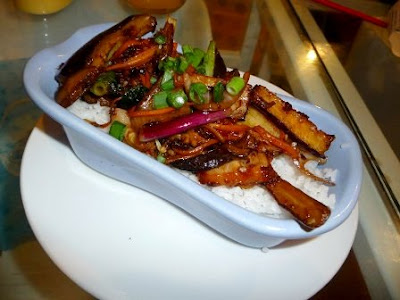 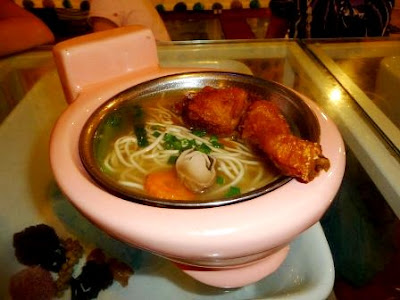 The Origin Drumstick Ramen taste was so-so. The soup was quite flavourful and noodle is springy. The drumstick however, tasted a little bit too dry. 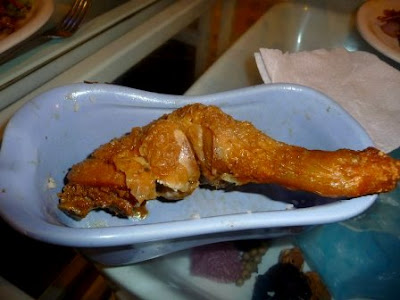 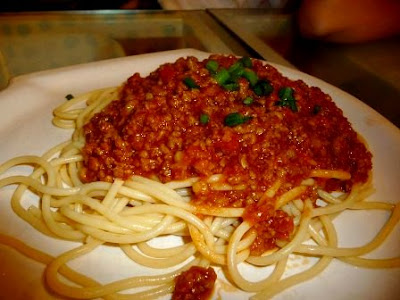 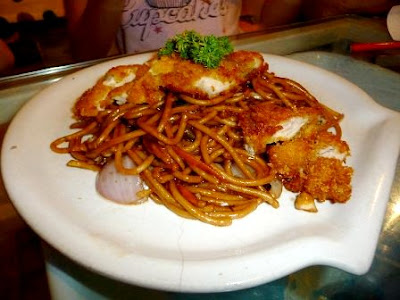 When dining in a theme restaurant, I can said that we shouldn't expected much on the food. Overall, the food only tasted so-so but the prices are reasonable (average cost per person was about RM17). Anyway, as long as we had enjoyed our experiences in the restaurant, 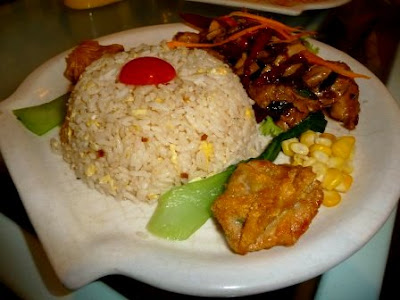 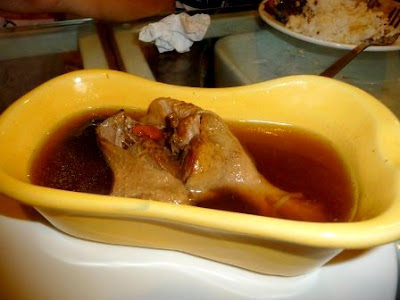 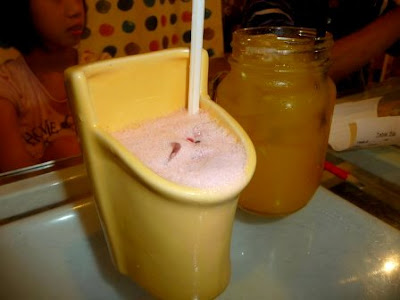 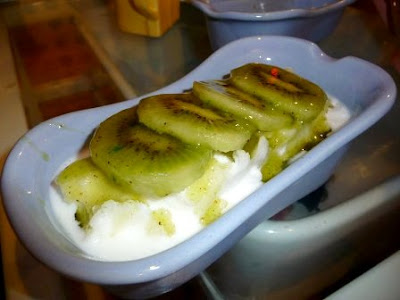 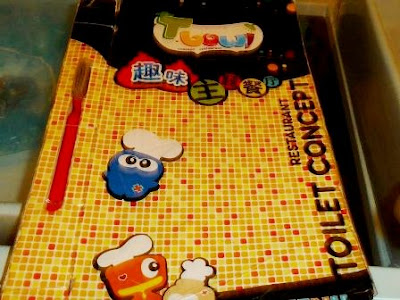 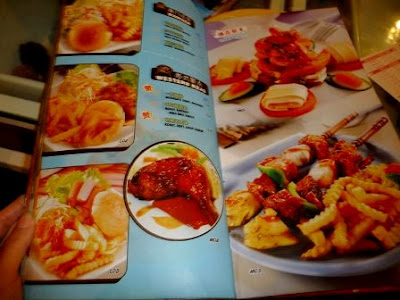 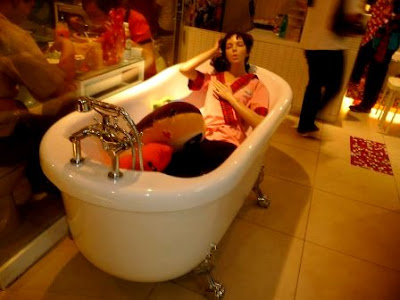 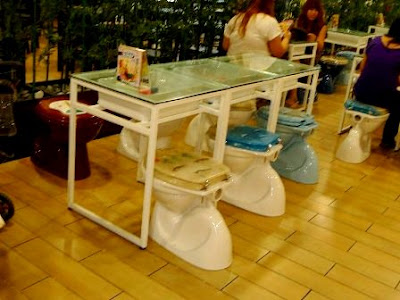 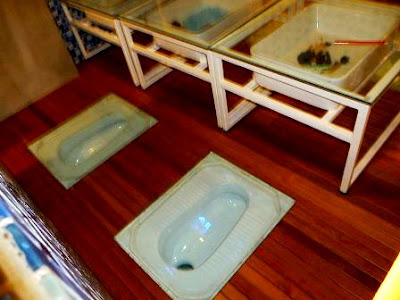 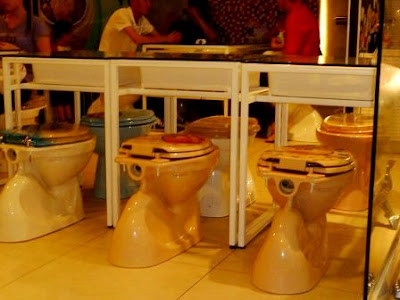 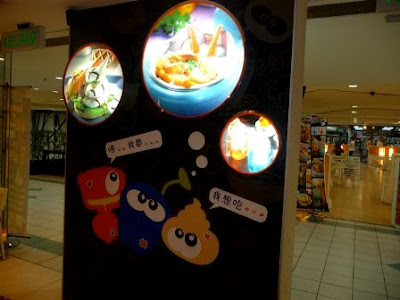