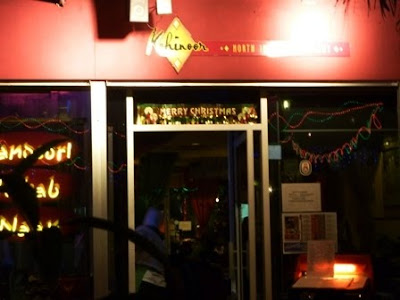 Happy new year everyone!!! I hope everyone had a great new year celebration. Now its time to sit back and hopefully have a good read of our blog while you nurse your headache from last night's hangover..haha (presumptuous, but only in the name of good humour)

We are not terribly fond of crowds, so when Jesselton promoted its gig, then we knew that was one place that need to be avoided. Don't get me wrong, I'm sure those of you went there had undoubtedly a blast of a time. Thus we saw the opportunity to hang out at our favourite haunt : Kohinoor @ KK waterfront. A North Indian cuisine specialist.

The weather was kind to its outside patrons, bringing with it, a cool breeze. A nice complement for our nourishment for the night after burning some thousand calories at Angeline's spinning class earlier on. This restaurant serves both indoor and outdoor dining, and tonight, it was full to the brim. But service was not compromised as they were fully staffed to accompany the nice ambiance. A point to note, that one veteran waiter could run and prance with tray full of drinks on one hand without droping a single drop. If only he had roller skates.. 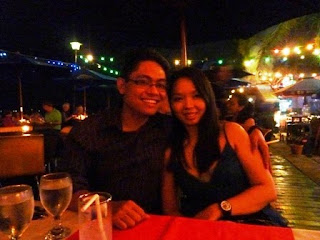 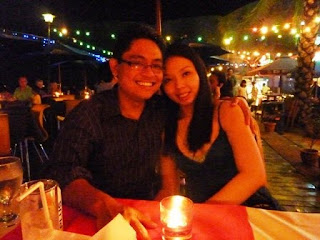 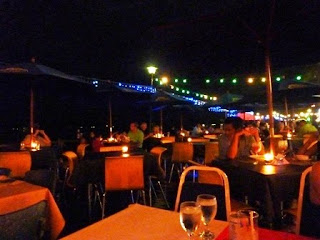 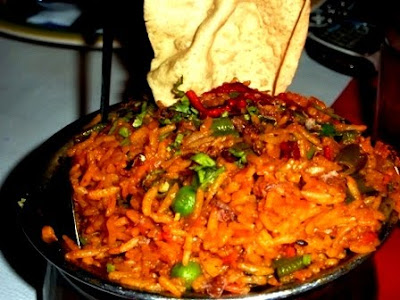 One of our dish was this Vegetable Briyani, which had rich spices and fair amount of yogurt strewn all over the long grain rice, resulting in a flavourfull dish which can be comsumed on its on (it would take 2 of you , though). There are also 2 bowls of sauce to accompany this asian staple diet. This dish would run you up to RM12.90 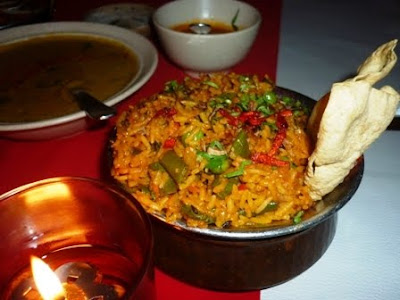 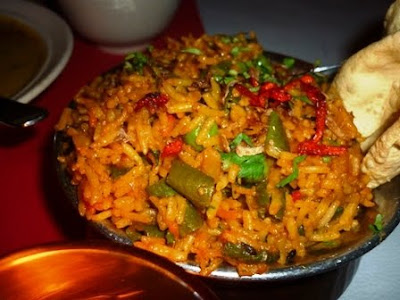 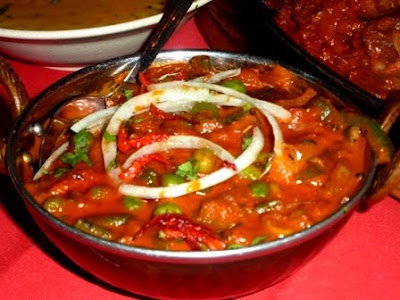 We also had this (seen before you) Khadai Sabzi, basically a vegetarian dish in rich gravy and a twist of spicy tang. Gravy is speckled with an assortment of spices, cheese (don't know what type), yogurt, which will tantilise your taste bud with spicy-savoury sensation with just the right about of heat. Serves 3 with ease and will costs RM11.90 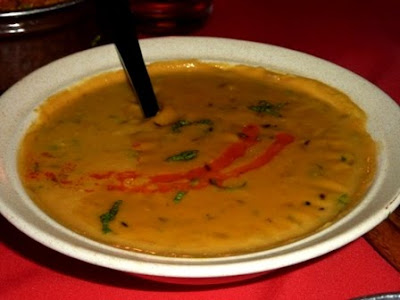 Next on the menu was Daal Tadkewali, which is lentils in yet another thick gravy. For this dish, the chef was not shy to use a generous portion of lentils. So expect a rather filling daal, compared to your run-of-the-mill "mamak stall". Although be prepared to fork our for quality, all RM9.90 of your purse content. The daal goes well with plain and cheese naan as seen in the following. 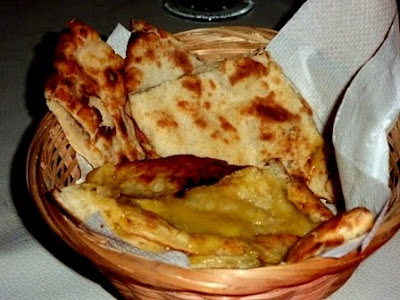 Naan is flat, with a firm texture, yet still gentle on people with dentures. As you can see, the cheese is spread on the surface, rather than tucked inside the daal. The use of mozzarella is also a pleasant surprice. Cheese variant would cost RM6.90 while RM3.90 are for plains. 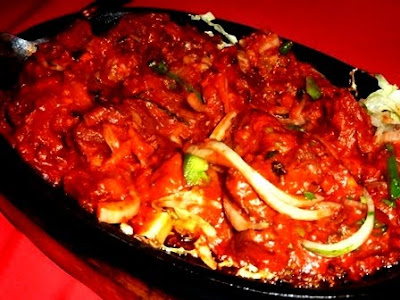 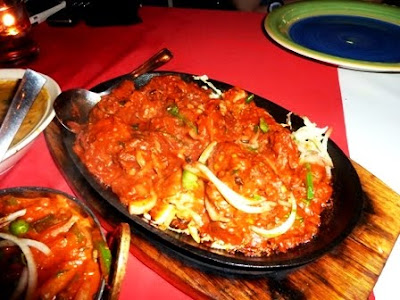 Probably the main dish to be highlighted is this Mutton Sizzling (above) and Whole Chicken Tandoori (Below). The mutton comes to you on a sizlling platter and stirred at the last minute by your waiter in front of you. At that point, aromas start to flutter around, sending invitation to everyone to have a go at itself. If it were a cartoon, it would have practically lift Tom and Jerry off from the floor and carry them efforlessly to itself. What it master in aroma, it masters even more in taste. I have run out of superlatives to describe this dish. Quite simply, exquisite, with its spicy and thick gravy (more or less, a signature in all of its dish). It seems none of their gravy dish are dilluted at all. The mutton, so tender it just begs to dissolve with the slight rush of  saliva, secreted from your gland. Hence, no chewing is necessary, just let the meat infuse in your taste bud slowly, and it will bring you to your happy place. 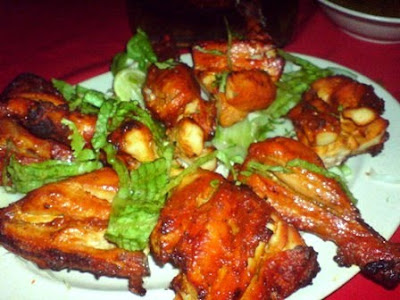 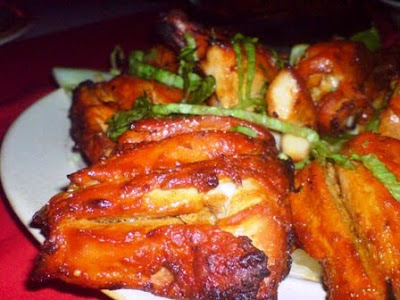 Chicken was fully united with its spice to tackle any critic that comes in its way. Al tough i would have loved it to be slightly burnt. Ahh..a point of flaw surely, until you remember that it comes with its mandatory chutney (soury greenish sauce). A dip into the sauce is a unity with another force which demands defeat from  every all walks of opponent. And tonight, a lay down my arms..well if you consider my trusty lappy, arms..then arms it is. The chicken attacks in all possible angle, sending aromas from the wood grill direct to your brain, followed by a counter attack by the spice and chutney department, crippling your urge to critisize. I curse the tender meat too for creating such a mesmerizing decoy. Down and out, I lay there belly button exposed and all. This is one critc who failed miserably who paid a a hefty price, monetary and calorie intake wise. But its all good, all in the name of saying farewell to the digits we've come to know and loved as 2009.

Overall, the food aren't extremely chilly spicy, as they utilize more of the aromatic spice variant. Their dishes are chilly-challenged-belly friendly. Probably due to the large amount of Caucasians diners. That said, it will  still give you a thirsty aftertaste from all its spice. Price wise, at RM116.30 that could serve 4 (there were 3 of us that night, but then again, I am a monster), would not be considered too pricey a place to dine, although there was a 15% discount. (5% govt tax and 15% service charge was deducted) 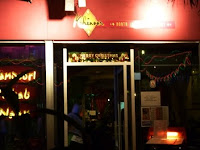 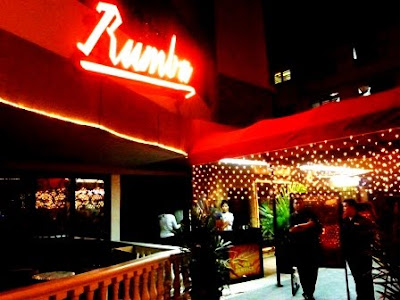 Last night was a special night, so after dinner instead of the usual destination (home), we went to nearby Rumba for a little R&R. It was a rather quite evening, but it played more to our advantage as it was not as smokey as your usual haunt. Nice deco, and with its near authentic Latin American theme, you could almost feel Castro, lurking around with his oh-so-fine cigar. RM45 at the door, would have gotten you a drink, party pack, a chance at a lucky draw, and some good international cover rendered to you local artiste. A rather affordable package, compared to some other clubs. Overall, a nice "rather peaceful" (very much to our liking) to top off the evening..the year actually. 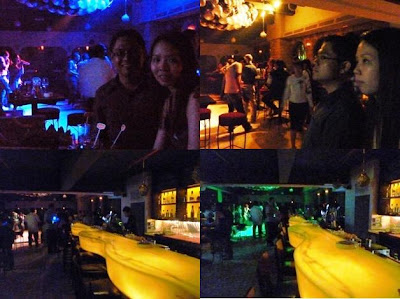 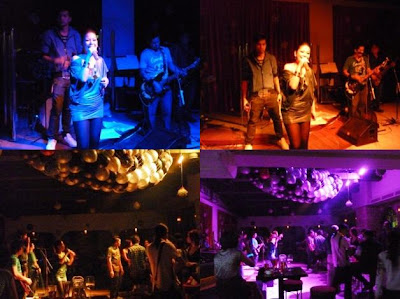 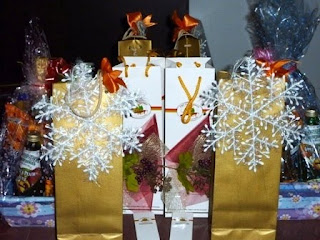 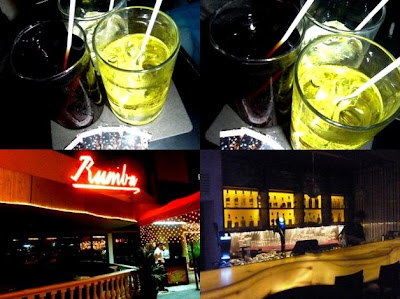 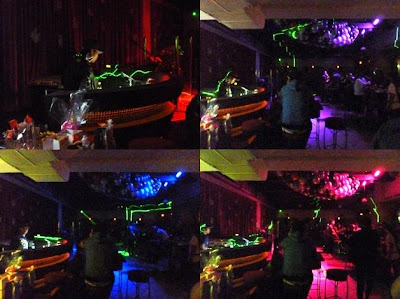 Here's to the new year, and resolutions we resolute not to keep after a few days. We would like to wish all bloggers and readers, good health, wealth and peace.

Angeline said…
Yeah, our favourite restaurant, but if you ask the local here they don't like to eat here, they prefer the Mamak Stall type of Indian food. Northern Indian food are more rich in flavor, thick and creamy. You'll love it, thought of bring you to this place last time but you only here fro a short trip!
January 6, 2010 at 10:21 PM