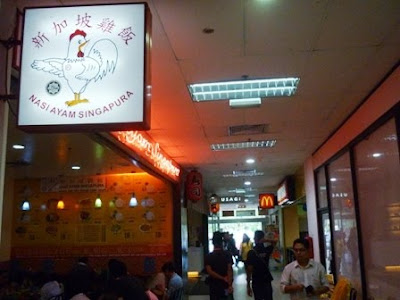 Nothing says comfort food as loud as the humble chicken rice, whose origin is not without a controversy in its own right. If you are an ardent follower of channel 703, you would remember a show that covers all the low down on this dish. The show goes on to say that Chinese immigrants in Singapore started serving them at eateries, hence the namesake of this restaurant chain. If memory serves me correct, they used to have 3 outlets (in KK area), the other 2 being at centre point and foh sang respectively, with the latter being now closed. This Karamunsing branch itself used to occupy the 1st floor before setting shop at its current location. (adjacent to Raflessia Chicken Hut) 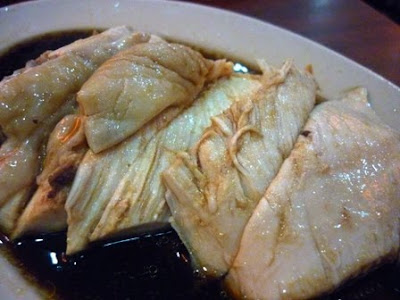 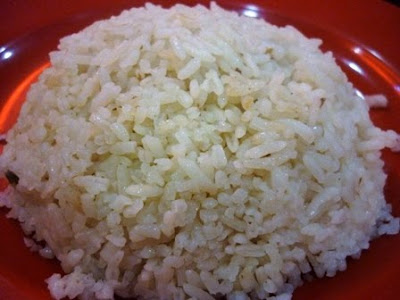 It was 2 hours pass noon, yet the place is full, save for 2 tables fit for 4, which were still not tidied up for the next patron (i.e. us). It took awhile for them to tidy it up, as customers from all angles were asking for their tabs.

Having finally seated, we ordered 1 roasted chicken rice (which only had drumstick variant) and 1 steamed chicken rice. The food came in about less than 2 minutes. Reason being, the chicken were already pre-cut, placed on plates and stacked upon one another. Fears of contamination was probably the least of our worries.

Matters were made worse when both dish was cold, as there was probably no heating element from where the chicken laid. The sauce on both chicken though tasty and sweet, could not make up for the uninspiring chicken. However, when taken into consideration the chicken was already on the plastic plate, it was probably wise for the proprietor not to heat the chicken as the plastic elements on the plate would have poisoned the chicken had it been heated. 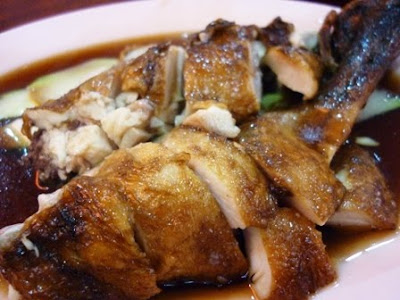 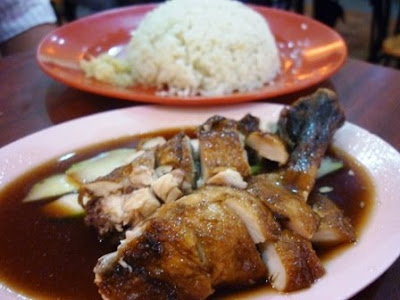 Apart from the cold chicken, the rice only reached the bare minimum with its faint taste of chicken essense and a tang of ginger. I would also like to stress that the condiments (of which they are rather famous for)  has remained uncovered since goodness knows when (probably through the fault of their earliest patrons), though still not an excuse for the proprietor or staff to check up on once in a while.

Overall a dissapointment for a restaurant revisited, after long been upheld as a nice place for chicken rice. Value wise, at RM4.20 for normal steamed chicken rice and RM4.80 for roasted drumstick, you could still find some worth for your hard earned money. 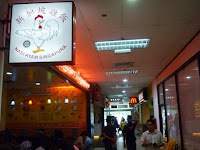