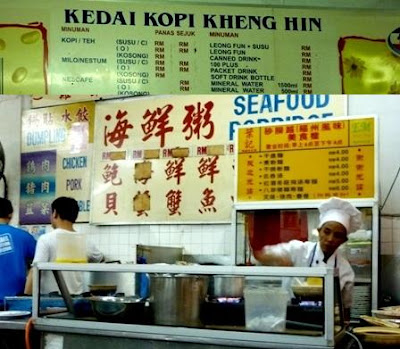 Often, when we are feeling dehydrated or down to the weather, we will be craving for some watery food such as noodle soup or porridge. Since, I've been continuously eating noodle soup for few days, we planned to go Restaurant How Lee for porridge tonight. However, it was their off-day. We have ended-up with no choice but to try the porridge at Kedai Kopi Kheng Hin. We put quite a high expectation on their food as the shop was really crowded with people.
We ordered a small Chicken Porridge, Fish Fillet Porridge and a Claypot Vinegar Pork Leg. The Chicken Porridge was quite watery and smooth which I'm fine with it but the chicken fillet was a little dry and quite tasteless. On the other hand, the Fish Fillet Porridge was too thick to my liking (this is just my personal opinion).
We were hoping that the Claypot Vinegar Pork Leg to be good. However, it was too sour to our likings. Since we had just recovered from gastric, we have no choice but to leave the dish untouched after the first taste. 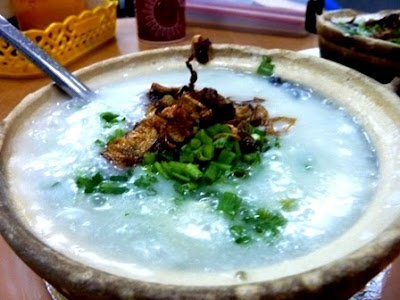 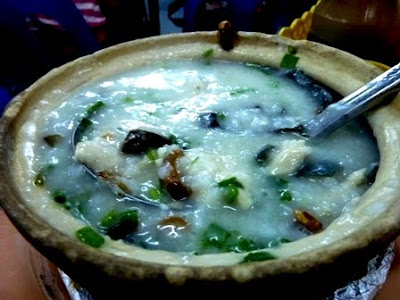 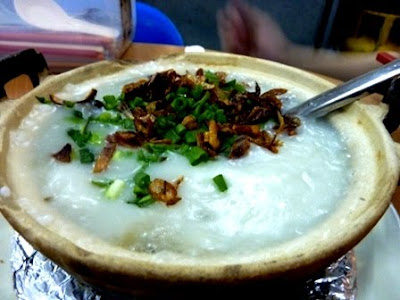 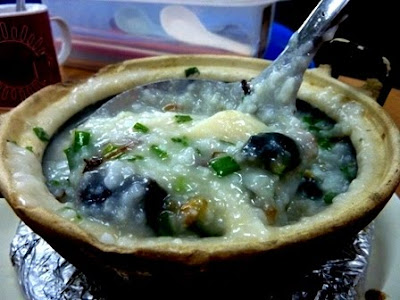 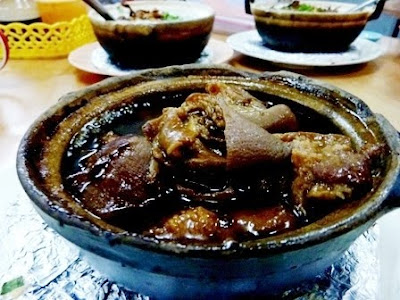 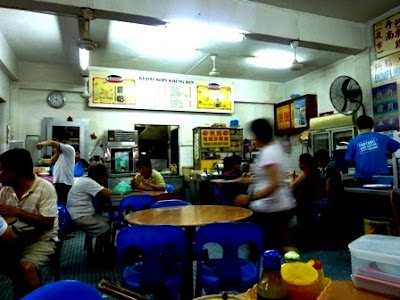 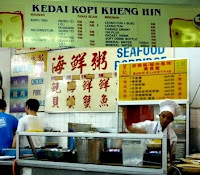 Yvonne Tan said…
Hey ! Hmmm..Donno wat to comment actually..but I'm shocked to find out there is a blog recommending all bout food~=P..Bout dis shop..I'm quite ok wif the porridge..but donno now whether they have reduced the quality o not la..but u can try the kon lau mian which is only available at the morning or afternoon(if stil possible)..coz itz quite cheap and nice..=)..Coz d uncle can sell up to 50kg mee in a day..So I think u can guess how famous is his kon lau mian..heheh...=3..I noe bout dis coz my identity is special for dis shop..=P..
January 14, 2010 at 10:44 AM