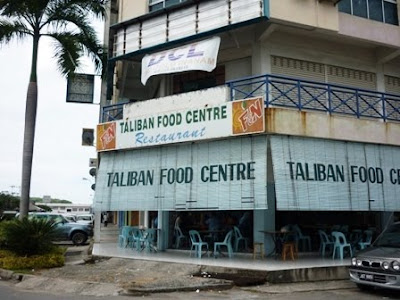 Naan or Indian flatbread are rather hard to come by at KK. So when told by our good friend, Paul Yong, that an eatery at Inanam serves them, we took the opportunity over the weekend to give it a go. The place located near the Inanam bus station, more specifically, first row of show at the end nearest to Boon Siew Honda.
Upon reaching the restaurant, we were taken aback by the name of the shop “Taliban Food centre”. If events of 9/11 remains in our memory bank, then this shop may not win any Marketing Award anytime soon. But people say don’t judge a book by its cover, so neither were we judging the food by the shop name.
The shop serves mainly Indian Cuisine and choosing your dish is not difficult from its wide display of menu on 2 adjacent walls. We ordered Cheese naan with tandoori chicken as well as roti telur.
The naan is served with dhal (lentils) and chutney (spicy sauce) although both were a bit too diluted to my liking. The naan was a little dry to my liking but still tasty nonethess, there were also sufficient cheese stuffing placed evenly all over the naan. The tandoori chicken was also tasty with its spices properly infused inside the chicken, which you will definitely feel as the chicken melts inside your mouth. My only qualm is that the meat looked a bit “pale” to be a tandoori chicken, but it compensates in taste, where it lacked in vision department. Later on I found out that the chicken was toasted on an electric burner instead of grilling it in the stone pit ( where they bake their naan), thus creating a rather dried texture. But like I said, the taste is not compromised.
The roti telur is nothing to write home about, but its certainly not bad at all. Curry servings can be add on upon request as ours were a bit on the low side.
When it comes to paying, The Taliban definitely is for a budget seeker as its naan and chicken tandoori set is priced at only RM8.50. 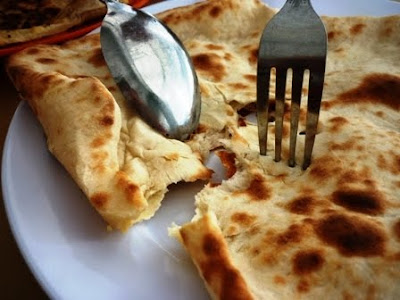 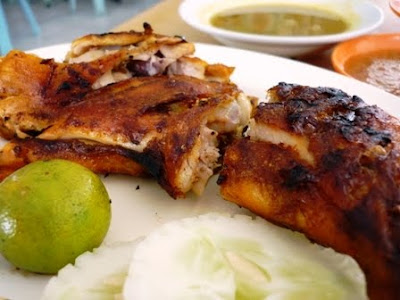 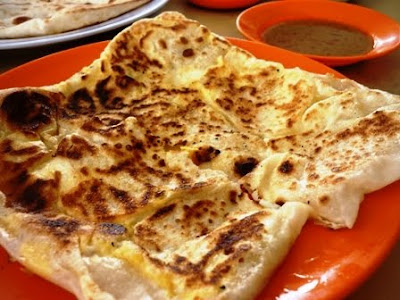 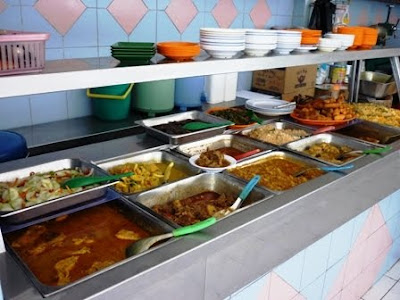 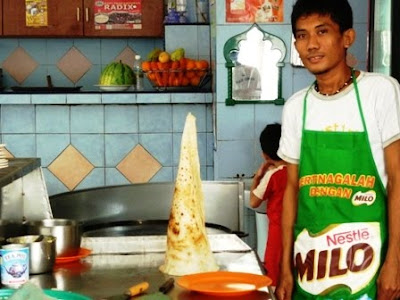 Chef de partie with his creation 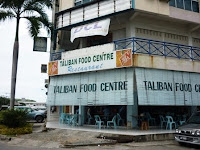