Every so now and then, hollywood producers have morbid fascination about the end of the world. This fascination is translated into nail biting motion picture to fill our weekend void.

Roland Emmerich, after his success of directing apocalyptic themed movies, such as Independence Day (1996) and The day after tomorrow (2004), once again showed his brilliance in the movie “2012”.

Easily one of the more anticipated movie in town, it lived up to its hype when movie goers thronged all the cinemas in town(yes, even the run down GSC KK had a near full house). If friends bump into each other in the cinema, questions like “are you watching 2012?” will certainly be greeted with, “of course lah”. Watching other movies on opening weekend is almost frowned upon.

The movie greets its audience with a scene showing that there is something amiss about our frail planet. From then on, we follow character of Adrian, a scientist bent on saving the entire citizen of the US from total annihilation. Our attention is then brought to our main Hero – Jackson, played by the talented John Cusack, whose career as a struggling book writer, ended up ruining his marriage and subsequently his relationship with his 2 children. He brings his children to Yellowstone national park for a good weekend camp, but we the audience know too well that eminent danger is just lurking down the corner.

Unlike past apocalyptic movies, here, the human race had a buffer of a time to create a massive survival plan which was secretly undertaken in the highlands of China, an added twist is wedged in when Adrian discovered that the time cushion they had before total destruction is cut short, thus obliging a less than civilized execution of the mentioned escape plan, this is where the movie picks up in tempo. Viewers are constantly put at the edge of their seat, literally! As each scene is painted with a near-miss, narrow escape, and almost there-but not quite picture.

The CGI is also not a letdown, with harrowing and realistic scenes of collapsing skyline, followed by earthquakes giving way for cars, machines, landscape, and humans falling into the abyss. The movies also evoke a once learned but forgotten knowledge of shifting tectonic plates, but what you see in the movie is just ridiculous, as land mass where cities are built upon, is tilted vertically and sinks down a-la Titanic. My only qualm is when there are some scenes where the picture quality (frame rates) transforms into low quality karaoke video style (in order words, feels very un-cinematic like). However, the nail biting plot compensates for this, although at 2 hour and 40 minutes, you will tend to get exhausted from the constant battles that the puny characters have to fight against the mighty force of nature, because you know that in the end, as from previous scene will tell you, mother nature always wins. But it is at times like these that you will see to what extend homo-sapiens will go, to preserving their own existence. The movie also asked the question, When faced with eternal damnation, what will you do? Will you let go and let God? Or take the sword into your hands and hack and slash your way even though you know there may be no hope.


The movie also cleverly connects a variety of characters (even a wacko doomsday cult radio DJ joins in the fray), while maintaining a somewhat rich parallel development for each. Viewers will be whisked away by all emotions – fear, endurance, love, compassion, regrets and even greed, portrayed by each character of the movie, when faced with the prospect of eternal doom.

This movie is definitely a must watch: Stop your farmtown, cafeworld, or fishville madness, and go watch the movie!!!

If all apocalypse movies were a dish, then Mr. Emmerich’s is like - buttered lobster prepared by Chef Ferran Adria served to you at El Bulli, by none other than Angelina Jolie – Exquisite, tantalizing and beautifully executed. 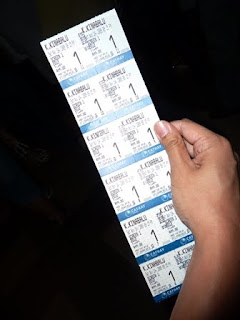 sharon said…
Good review . we went to 1 borneo and had to go Home when we were told the cinema was Full. I mean they are having so many shows a day and yet Te cinema was Full. feeling so disappointed off we went Home. !!!!! Guess will have to wait a few weeks till The Novelty has worn down and go to a half packed cinema. Hope By Then there will not be idiots talking On the cell phones No running commentaries and also No screaming kids ( I Kid You Not )

r4i card said…
I look forward to seeing the movie “2012″ this weekend. The CGI looked great. Maybe the story and acting won’t be up to par for everyone but the 6 bucks I’ll be paying for the matinee…. well… I think it will be well worth the price for the big special effects alone.
December 16, 2009 at 3:54 PM