Dim Sum is the Chinese version of tapas – small dishes with individual portions of food typically served in a steamer basket or small plate. In many parts of the world, Dim Sum is also known as ‘Yum Char‘, which means ‘drinking tea’, due to the history of tea houses established along the Silk Road, providing travelers a place to rest and relax. Soon, the tea-drinking place evolved to also serve food after they acknowledged the tea’s capability to aid in digestion and cleanse the palate. While dim sum is traditionally taken during the morning, its tremendous popularity (not only among the Chinese) has caused it to be an all-day dining option. There are now more restaurants offering dim sum from breakfast until dinner, to satisfy the desire for dim sum in most of us. 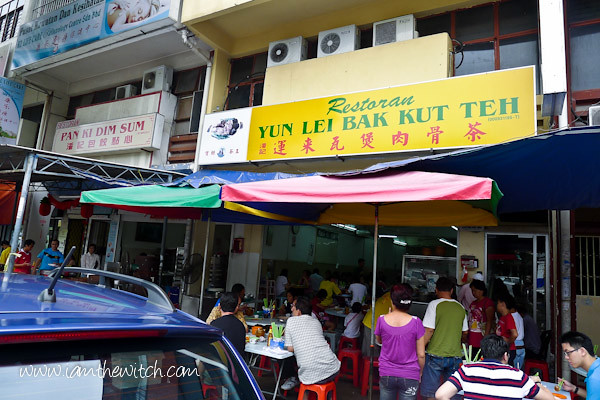 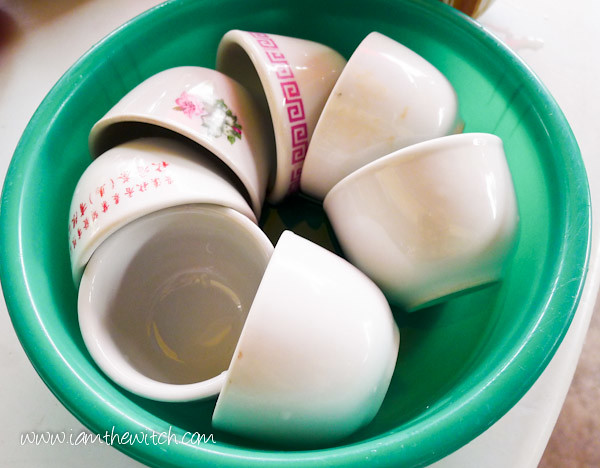 Chinese tea cups
I am personally also a fan of dim sum, so whenever possible, I would search for new dim sum places to try during the weekends. One of the places that I went to was Pan Ki Dim Sum, upon recommendation from a friend, Grey. Situated in Sri Petaling, this is apparently one of the more popular dim sum restaurants around, which was apparent from the crowded outlook when we were there. Once we were seated, dim sum steamers were brought to our table continuously, to ensure that we would not leave the place hungry. 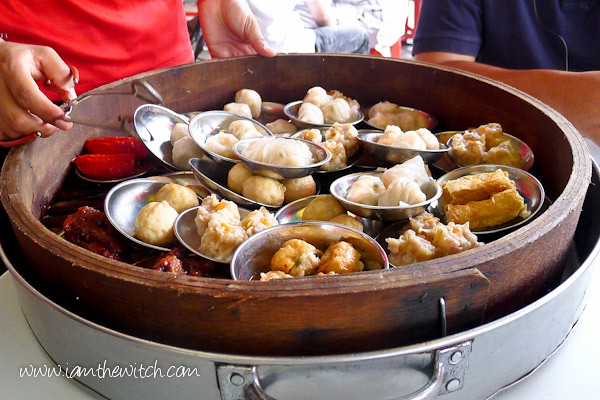 Variety of steamed dim sum
There were basically two main versions of dim sum – Steamed or Deep-Fried. We opted for the steamed version first which had the usual Shrimp dumplings (Har gao), Pork dumplings (Siew mai) and BBQ pork dumplings (Char siew bao). My first impression on the dim sum was the relatively smaller portion served, as well as the presentation. It was apparent that this place offers a fuss-free dim sum, with more focus on the quality instead of outlook. The Har gao, for example, did not have neat folds nor intact skin. The shrimps, however, were fresh and succulent, although perhaps just a tad overcooked. 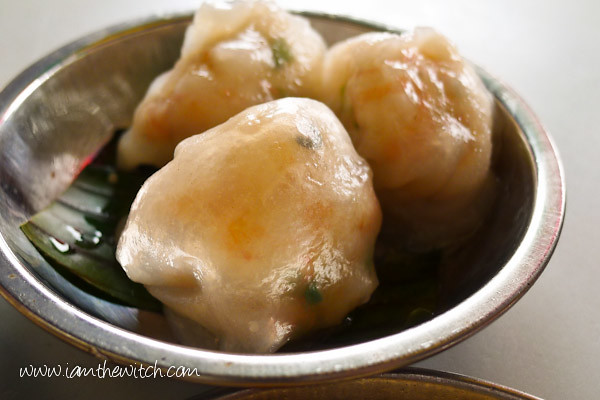 Shrimp dumpling / Har gao
The Siew Mai was clearly over-steamed, judging from the skin which had already turned a pale yellow. Otherwise, the meat portion was pretty generous and tasty. Dip it with some chili sauce and you’re good to go. 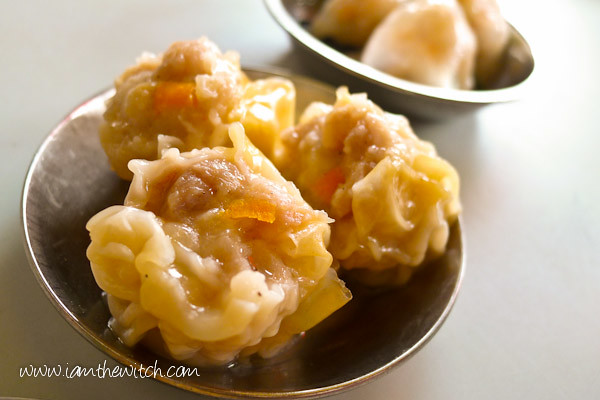 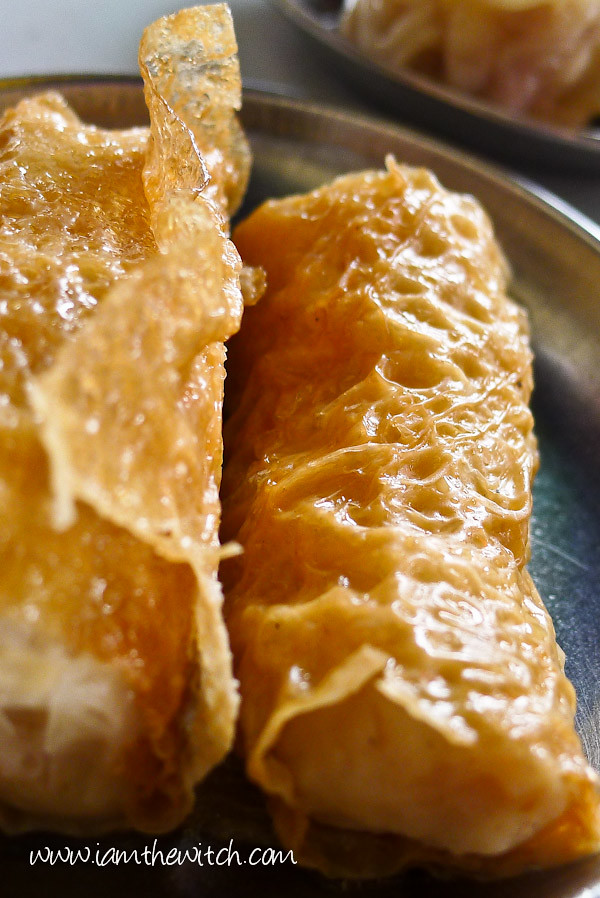 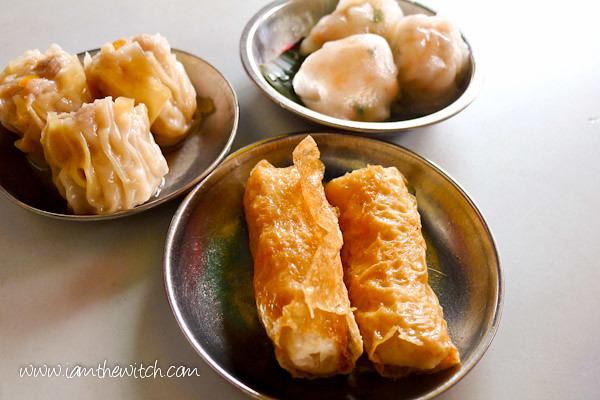 Steamed dim sum
The Char siew bao was served piping hot with perfectly smooth skin which was soft to touch. I loved that the meat used was lean and the gravy was really tasty. I wouldn’t mind having another helping of these! 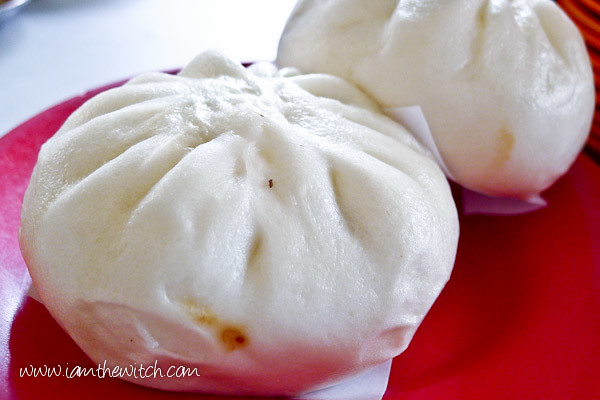 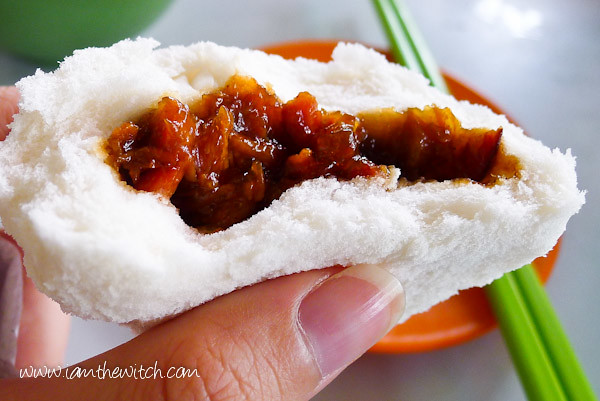