Last weekend, we had yet another birthday celebration with my fellow tweeps! This time, it was a double celebration of Merryn‘s and Eric‘s birthdays! After such raving reviews on this udon place, we all finally decided to go to Marufuku for lunch. Marufuku is known for its udon, so without question, all of us had udon. The menu for udon was very straightforward and clear, 2 pages of udon with various toppings at the pricing of only maximum RM10 per bowl. 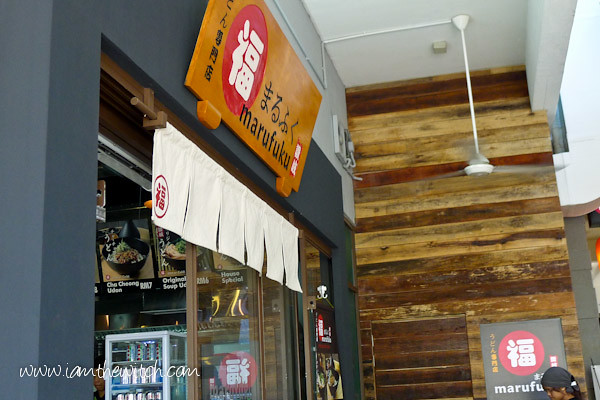 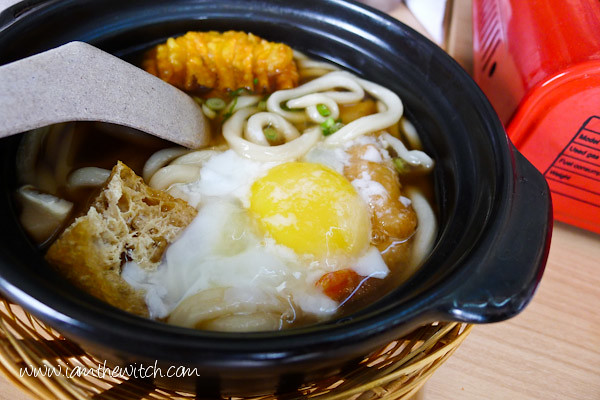 Adding the half-boiled egg on top
The half-boiled egg for this udon was served separately on the bowl, perhaps to give the customers a choice of when and how to mix it in. I mixed in almost immediately, letting the egg simmer in the warmth of the claypot for a good minute. True enough, the aroma came whiffing to my nose and that’s when I knew it was ready to be eaten. The birthday boy Eric, also ordered the same dish and when asked about his opinion, he said, “The bowl looks smaller than the picture in the menu”. *LOL* I guess the portion might not be enough for guys? 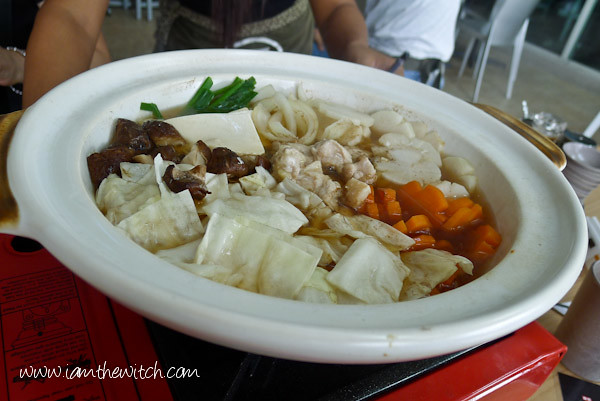 Hot Nabe (RM15/person)
As for Merryn and Foong, they both shared the Hot Nabe (steamboat) which could only be ordered for a minimum of 2 persons. From the claypot, I could spot mushrooms, tofu, chicken slices, carrot, onions, spring onions, radish and cabbage. The soup tasted quite similar to the broth from my Nabeyaki udon, and it’s refillable. 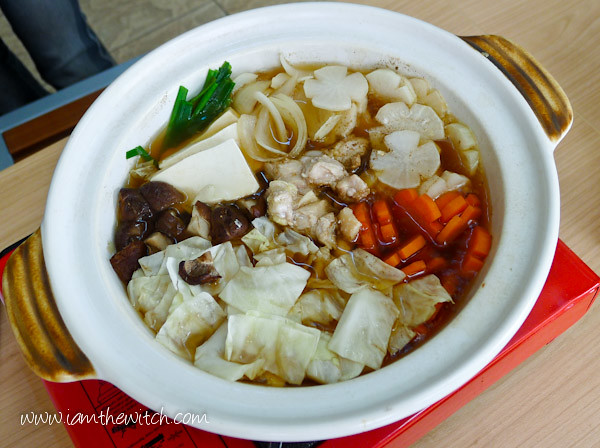 Ingredients of Hot Nabe
The Hot Nabe also came with a bowl of udon, to be shared between the two of them. I only had a drink of this soup so I can’t comment on anything else for this dish. But quoting Merryn though: “They claimed that the Nabe meal is good for 3 to 4 people even if we ordered for 2 but I seriously doubt that! The serving portion here is definitely for little people!" 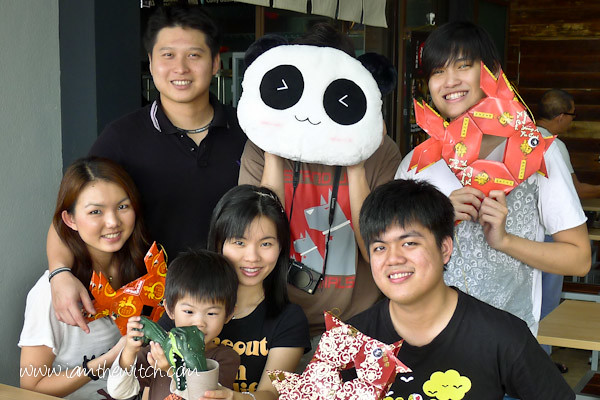 More...click on the link to NEXT PAGE
Contributed by Mei Yee or Iamthewitch.com
Japanese Food JayaOne Kuala Lumpur Food Noodles