Adidas Tango League champions for the second time consecutively, TOT United, walked away with a cash prize of RM 5,000 after their 2-0 victory over Sinchan FC in the final at the Open Space, Lot D1, Kuala Lumpur City Centre on Saturday (August 12). 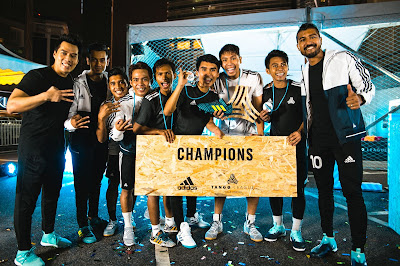 A total of eight teams displayed passion and overall strength right from the kick-off, however, it was TOT United’s hunger for the title which lifted them on top of their opponents as they crushed Chap Chicken FC 6-0 in the first round before overpowering Hideout 2-0 in the semi-finals. Sinchan FC’s route to the final began on the back of a nervy 1-0 win over Puchong Fuerza in the quarterfinals before strolling past UITM boys 5-3 in the semi-finals as they received RM3,000 for their effort.

The best street footballers between the ages of 16 and 25 from around the country were able to once again display their unique street football skills, array of abilities and plenty of gusto in this edition where the street lights and the busy KL city atmosphere provided a fantastic backdrop and gave the tournament a truly urban feel. 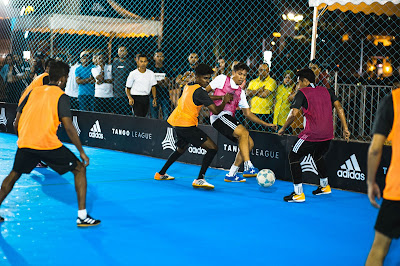 Brand Communications and Sports Marketing Manager of adidas Malaysia, Tan Zhi Vern, emphasized that adidas will continue to be committed to help further enhance the level of football in the country and reach out to the vast amount of local talents nationwide.

“As a major sportswear brand in the world, we feel obligated to support the level of sports especially football in this country and pay special attention to the development of our local young talents who will one day represent the national team. This effort is clearly reflected with the sponsorship of eight players in the U-22 national football team competing in the KL SEA Games 2017,” said Zhi Vern.

He added that with adidas also being the official sportswear partner of the National Football Development Programme (NFDP), it will help in improving the future of local talents in football. 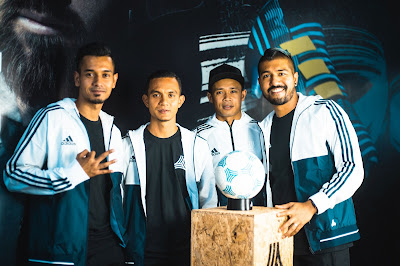 The determination and hunger for success shown by the players who competed in the adidas Tango League has brought upon the unveiling of a new Most Valuable Player (MVP), Tot United’s Hazizi Mansor, decided by adidas Malaysian pro-footballers Hazwan Bakri (Johor Darul Takzim) and Penang's 2016 Puskas Award winner Faiz Subri, alongside two adidas lifestyle creators Roen Cian Nagapan and Raf Yaakob who were also present on the day.

Hazizi walked away with an adidas boot deal in hand just as his teammate, Shahril Anuar did after being crowned MVP in the first edition.

“It was a good exposure competing in the Tango League and I am extremely thankful to my teammates for helping me achieve this award. My dream now is to be selected to don the national futsal team colours as I believe I have enough experience to perform at the international stage after competing in tournaments worldwide,” said the 24-year-old Hazizi. 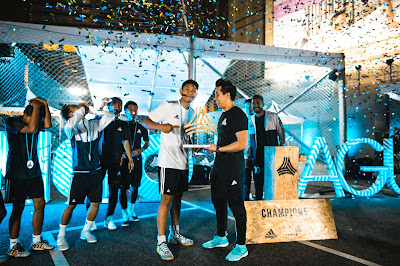 This edition of the Tango League coincided with the launch of adidas’ Ocean Storm NEMEZIZ colourway featuring a dark blue and turquoise trim alongside the trademark adidas three stripes in yellow. Worn by the likes of FC Barcelona’s Lionel Messi, Liverpool's Roberto Firmino and Julian Draxler of Paris Saint Germain, the unique versatility of the boot is made possible with the revolutionary 'Agilitybandage' and 'Torsiontapes' technology which keeps the foot locked down for a perfect fit while the new 'Agilityknit 2.0' interlocking yarn provides a soft direct touch and a lightweight, adaptable feel.

About adidas Football
adidas is the global leader in football. It is the official sponsor / official supplier partner of the most important football tournaments in the world, such as the FIFA World Cup™, the FIFA Confederations Cup, the UEFA Champions League, the UEFA Europa League and the UEFA European Championships. adidas also sponsors some of the world’s top clubs including Manchester United, Real Madrid, FC Bayern Munich, Juventus, Chelsea and AC Milan. Some of the world’s best players also on the adidas roster are Leo Messi, Gareth Bale, Thomas Müller, Luis Suárez, James Rodríguez, Diego Costa, Paul Pogba and Mesut Özil.

Everydayfoodilove.co/ angeline-ong-yoga.blogspot.com. Thank you for reading our posts. Our team media coverage touches mostly on lifestyle events and focuses on happening scenes in Kuala Lumpur and Kota Kinabalu. Invite us for food reviews, travel and hotel reviews, KL clubbing reviews and product launches. Our other interests include the movies, technology and photography. Subscribe to my facebook page. Contact us via my email at: [email protected] or [email protected]
adidas Advertorial Event football Kuala Lumpur Sports