The completion of the FIM Asia SuperMoto Championship in 2016 left a vivid mark in the memory of SuperMoto fans across the world, with Malaysia’s Muhd Habibullah (Gabit) stealing the overall season champion title. This year, the season resumes in searching for the region’s best rider with its 2017 season opener happening on 2 and 3 September at the Thailand Circuit Motorsport Complex, Nakhon Chai Si, Thailand. 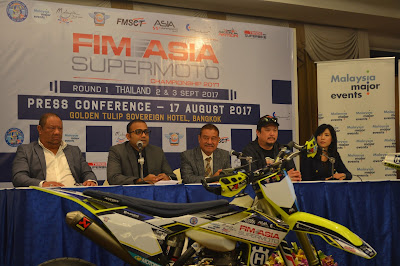 “2016 was an astounding year for the championship with tremendous growth in interest and fans across the world. The 2017 FIM Asia SuperMoto Championship will be more competitive with the return of top international riders and manufacturers competing for the ultimate title. I am confident that fans will be treated with more action packed SuperMoto races with the increasing competition between riders,” said Satheswaran Mayachandran, CEO of Asia Supersports Group.

Tony Nagamaiah, General Manager of Malaysia Major Events, expressed his excitement for the season’s return. “FIM Asia SuperMoto Championship had been a catalyst for the growth of Malaysia’s reputation as a hub for international motorsport scene. Asia Supersports Group has created a bridge to bond agencies and government bodies between every host countries through the championship. I am looking forward to the development of the 2017 season, and I am confident that the championship will lead to greater tourism growth for Malaysia.” 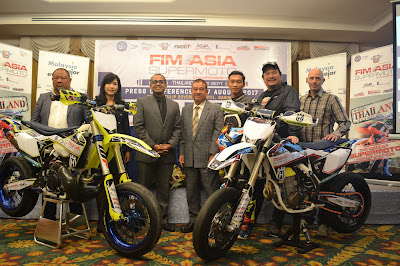 Thongchai Wongsawan, President of the Federation of Motorsports Clubs of Thailand (FMSCT), said that the race would attract thousands of SuperMoto fans across Thailand to witness the first race of the season. “Thailand Circuit Motorsport Complex has hosted various major local and international races. Over the years, this circuit has gained worldwide recognition by motorsport fans and enthusiasts to enjoy quality motorsport races. Also, hosting the 2017 FIM Asia SuperMoto Championship in Thailand will treat the expanding local SuperMoto community with one of the best races this region has the offer. We look forward to the race and wishes every rider all the best in the championship.” 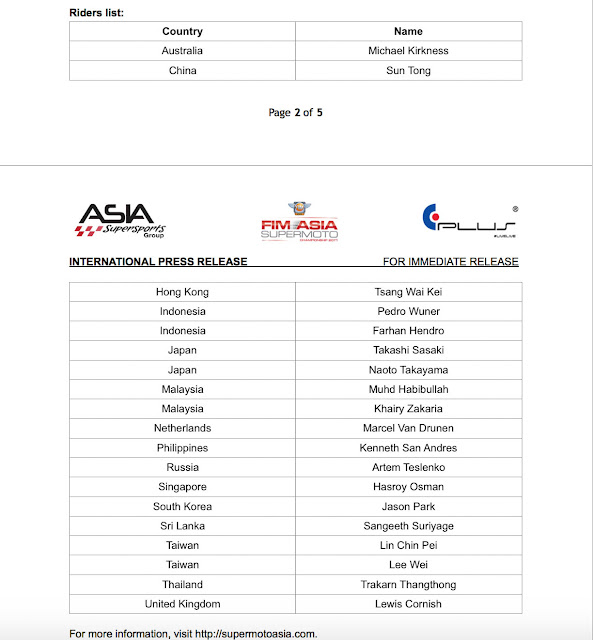 The final battle between top international riders competing for the season’s title will take place on 16 and 17 December 2017 in Kuala Lumpur, Malaysia. The rider with the highest standing point will be crowned as the 2017 FIM Asia SuperMoto Championship overall champion.

ASIA SUPERMOTO CHAMPIONSHIP STREAMS ON TWENTY3.TV
Official OTT Channel Partner, twenty3.tv, provides HD Live Streaming and Video-on-Demand (VOD) sports and related lifestyle content. Every round of this year’s FIM Asia Supermoto Championship will be streamed live via twenty3.tv which will also have VOD and highlight shows for races.

Powered by E-Plus Global Sdn Bhd (E-Plus), twenty3.tv will kick-off its streaming programme with the 2017 FIM Asia SuperMoto Championship curtain raiser at Thailand. “We received demands to produce and stream exciting live events such as the Asia SuperMoto Championship by our fans across the world. Twenty3.tv is an innovative digital streaming platform and will be the forefront of digital content catered to every market,” said Andrew Ching, Chief Executive Officer of E-Plus.

He added that corporations in collaboration with the streamed events could leverage on the channel for exposure. “International events in our live stream pipelines include the world renowned duathlon championship, Powerman series for Thailand, Indonesia and Malaysia, as well as the annual Melaka Art and Performance Festival. Fans and corporations can look forward to a diversified content in twenty3.tv.”

“I had to sit out last season due to unforeseen circumstances. This year, I will return to the track and put on a greater competition for all the riders on track. During my hiatus, I have continuously trained and polished my skills in preparation for this season. I have high confidence in securing the overall championship title,” said Trakarn.

With all eyes on 2016 champion Gabit, he stated that pressure and tension rose before the beginning of the championship especially with the return of Trakarn. “My training began immediately after the end of the last season. This includes physical, mental and skills training to ensure an optimal condition for the race. I am looking forward to raising the championship trophy for my country again.”

Everydayfoodilove.co/ angeline-ong-yoga.blogspot.com. Thank you for reading our posts. Our team media coverage touches mostly on lifestyle events and focuses on happening scenes in Kuala Lumpur and Kota Kinabalu. Invite us for food reviews, travel and hotel reviews, KL clubbing reviews and product launches. Our other interests include the movies, technology and photography. Subscribe to my facebook page. Contact us via my email at: [email protected] or [email protected]
Advertorial Event FIM ASIA SUPERMOTO CHAMPIONSHIP 2017 Sports Thailand