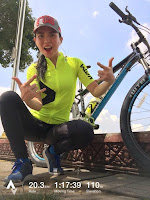 Touring Phnom Penh, Cambodia with my new Cannondale Trail 3 MTB bought from FlyingBikes2. Cycling is something amazing that happen to my life, it makes me feel connected to the world. 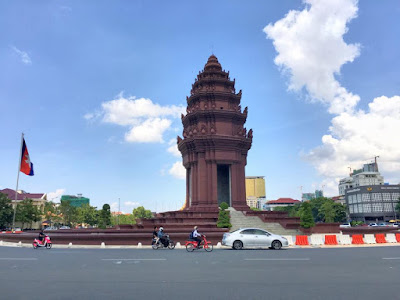 PHNOM PENH
Phnom Penh (literally translated to mean “Hill of Penh” or more loosely “Penh’s Hill”) is the capital and largest city in Cambodia. Phnom Penh has been the main capital city since the French colonised Cambodia and has become the country’s economic system as well as industrial, commercial, cultural, tourism and historical centre since 1979. 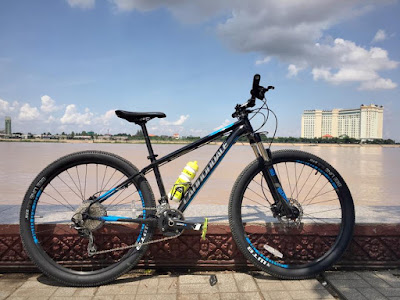 Once known as the “Pearl of Asia”, it was considered one of the loveliest French-built cities in Indochina in the 1920s. Phnom Penh, along with Siem Reap and Sihanoukville, have remained significant global and domestic tourist destinations for Cambodia. Founded in 1434, the city is noted for its historical attractions. One of the surviving French colonial architectures is The Royal Palace. 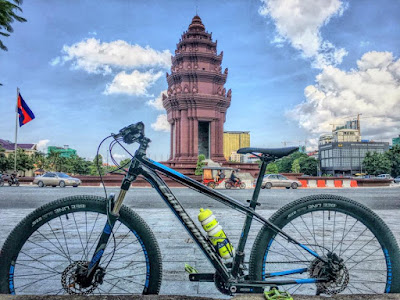 Located on Tonle Sap, Mekong and Bassac River, Phnom Penh is home to more than 2 million of Cambodia’s population of over 14 million. Phnom Penh is the wealthiest and most populous city in Cambodia and acts as the country’s commercial, political and cultural hub. 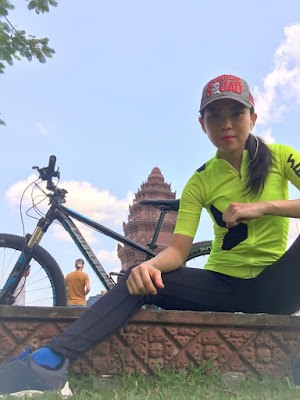 The city is rich with offerings to new and returning visitors; check out these unique attractions that should not be missed when visiting Phnom Penh! 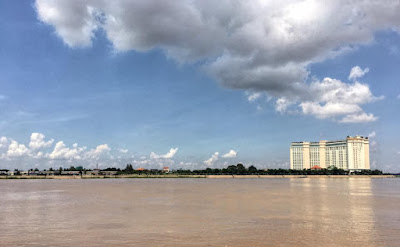 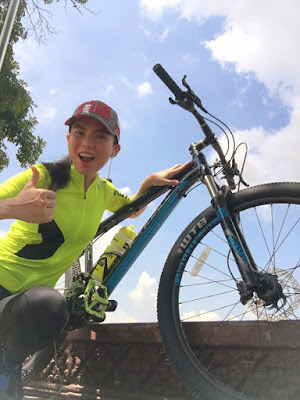 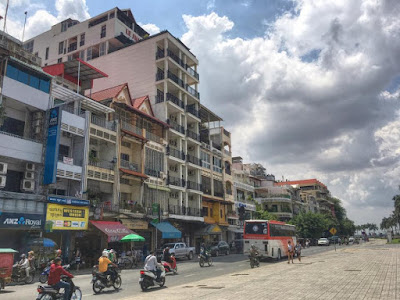 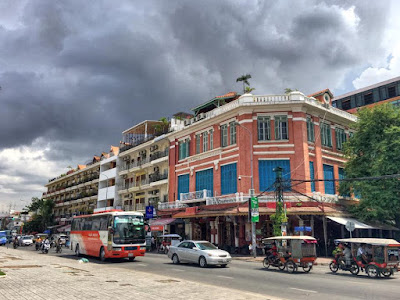 TOURIST ATTRACTIONS:
Wat Phnom, translated as “Hill Temple” is the most important temple of the city. According to the legend, a wealthy widow name Lady Penh retrieved a tree from the river in the hoped to use it for a house. Though, inside a hollow of the trunk, she found four statues of Buddha. She then ordered for a section of her property to be elevated for a small shrine to be erected to revere the statues and it became a holly site in 1373.

The pleasant garden around Wat Phnom offers alike a green respite from the noise of Phnom Penh. The attractive grounds are used for concerts, festivals, and once a year become the center of the Cambodian New Year celebration.

With its classic Khmer roofs and striking structure facing the riverfront, the Royal Palace is a complex of buildings, even though it is generally understood to be the royal abode of the King. The Royal Palace was constructed in 1886 to serve as the residence of the king when the power moved from ancient capital Angkor to Phnom Penh. The palace has been continually amended by Khmer and French architects.

Inside the palace grounds, the noises from the street are silenced by the high walls surrounding the compound. Except the residence quarters of the King, visitors can gain entry to the Throne Hall where coronations and official ceremonies take place, the Temple of the Emerald Buddha, Stupas, a Royal Dining Hall, the Chan Chhaya Pavilion and a French-style building that was a gift from Napoleon III.
Open Daily: 7:30-11:00 / 14:00-17:00

The Silver Pagoda, also known as the Emerald Pagoda, lies within the grounds of the Royal Palace, which is situated near the banks of the Mekong River.

Originally a wooden structure, the palace was first constructed in 1892, but rebuilt to its present grandeur by King Norodom Sihanouk in 1962. No effort was spared to make this a true embodiment of brilliant Khmer art. The marbled staircase lead into the pagoda and you will find inside two magnificent representations of the Buddha hold court.
Open Daily: 7:30-11:00 / 14:00-17:00

Located just north of the Royal Palace, the distinctive rust-red National Museum is the country’s leading historical and archaeological museum. It was officially inaugurated by King Sisowat in 1920.
The buildings are inspired by Khmer temple architecture and the world’s finest collection of Khmer sculpture, a millennium’s worth and more of masterful Khmer design including sculpture, ceramics, bronzes, and ethnographic objects dating from prehistoric times to periods before, during, and after the Khmer Empire.
Open Daily: 08:00 – 17:00

With its style inspired from the Angkorian architecture, the Independence monument is located in the heart of Phnom Penh. Build in 1958 to commemorate the country’s independence from France, the monument stands majestically on the intersection of two of the most important boulevard of the city.
Cambodia celebrates Independence Day on 9 November each year. His Majesty King Norodom Sihamoni leads the annual jubilation by ceremoniously lighting a giant torch placed inside the monument in front of high officials from the government, private sectors and members of the Cambodian public.

Phsar Thmey, also known as Central Market, is a unique Asian colonial Art Deco building constructed in 1937. The location where the Central Market now sits was once a swamp area and occupied by a lake. The Central Market is shaped like a dome with four arms branching out into vast hallways with countless stalls of goods.

Popular market for both tourists and locals, it is crowded with activity on any given day. Visitors can purchase almost anything from fresh produces to cooked food, jewelry, watches, shoes, stationery, flowers, clothes including t-shirts and lots of tourist souvenirs. Be prepared to bargain!
Open Daily: 06:00 – 17:00

The Russian Market derives its name from its popularity among Russian expatriates during the 1980s. If you are searching for genuine antiques and good reproductions, this is the market to go. It is also filled with stalls selling sundry souvenir items and clothing.

This sweltering bazaar is a well-frequented market among tourists. Inside the market, you might get lost, unless you have an uncanny sense of direction. Aisles piled high with clothes, shoes and handbags are distracting and disorientating.
Open Daily: 06:00 – 17:00

Walking along the riverside, you will discover different districts of the Old Phnom Penh, and especially some French colonial building such as the Post Office, the FCC (Foreign Correspondent Club), and much more. The riverfront is bustling with bars, shops and restaurants.
Reference from http://www.nagaworld.com 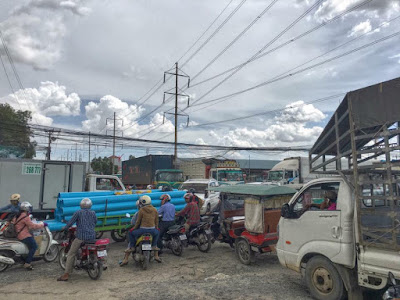 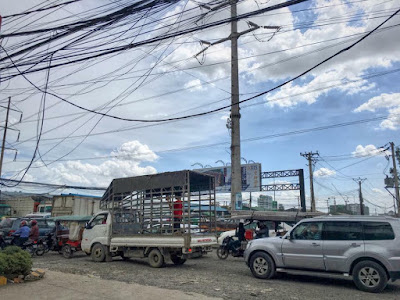 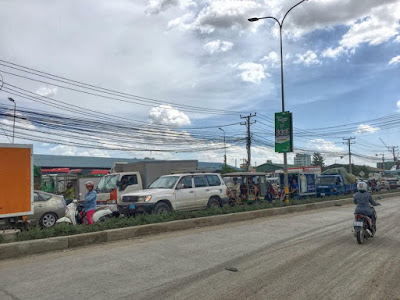 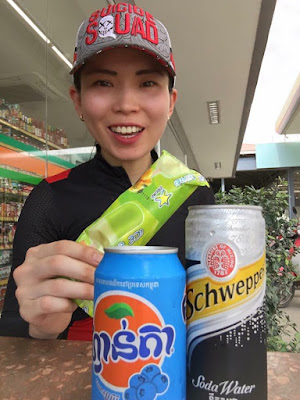 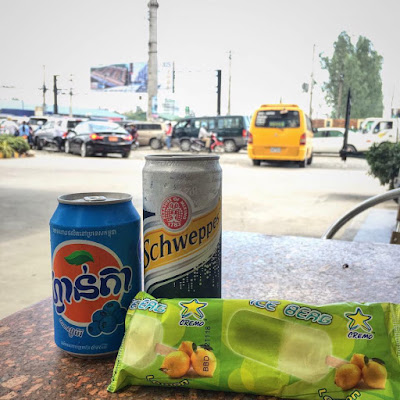 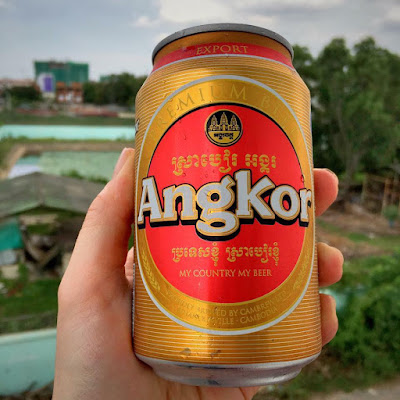 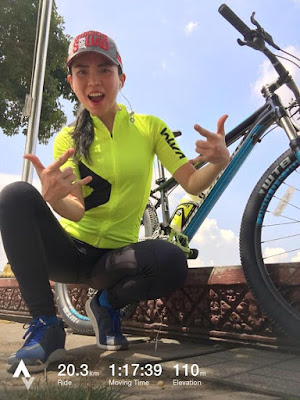 Everydayfoodilove.co/ angeline-ong-yoga.blogspot.com. Thank you for reading our posts. Our team media coverage touches mostly on lifestyle events and focuses on happening scenes in Kuala Lumpur and Kota Kinabalu. Invite us for food reviews, travel and hotel reviews, KL clubbing reviews and product launches. Our other interests include the movies, technology and photography. Subscribe to my facebook page. Contact us via my email at: [email protected] or [email protected]
 bike touring attractions Cambodia Cycling cyclist Holiday Phnom Penh Travel