Get set for a battle of raw power

Sweat, tears, hard work and perseverance will be shed when participants battle for honours in the second edition of ‘Street Kings’ scheduled to be played in Kuala Lumpur on August 12. After showcasing raw talent and battling on all fronts in the first leg in March, sportswear giants’ adidas are hoping that the next conquerors of Tango League will display better techniques, more passion and overall strength which will stand them apart from the competition. 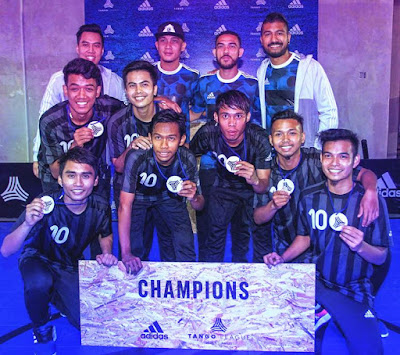 The best street footballers between the ages of 16 and 25 from around the country will once again display their unique street football skills, array of abilities and plenty of gusto in this edition at the outdoor setting of Open Space, Lot D1 KLCC where the street lights and the busy KL city atmosphere will provide a fantastic backdrop and give the tournament a truly urban feel.

With a bigger court this time for players to parade their skills, eight teams (2 groups of 4) will battle it out in a five-a-side cage football style competition.

On top of earning bragging rights, the champions of the adidas Tango League will also walk away with a cash prize of RM5,000 while the runners-up will receive RM3,000 for their effort. 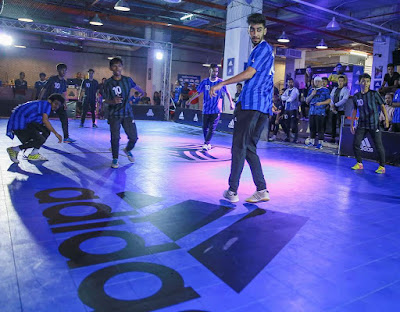 Like the previous edition, the Man of The Match (MOTM) and Most Valuable Player (MVP) will be decided by adidas Malaysian pro-footballers Khairul Helmi (Kedah), Hazwan Bakri (Johor Darul Takzim) and Penang's 2016 Puskas Award winner Faiz Subri, alongside two adidas lifestyle creators Roen Cian Nagapan and Raf Yaakob who will also be present on the day.

The player with the highest number of MOTM and MVP points for the tournament will be crowned the Tango League MVP and will be awarded an adidas boot deal just like TOT United’s Mohd Shahril Anuar, who secured a year-long deal from the first edition.

As added attractions to keep the players, officials and supporters entertained, there will be a host of on-site activities like Play Station 4 FIFA 2017 challenge, Tango Pro mini drill activities, Tango Pro Photo booth and freestyle performances by Kaki Style Crew. 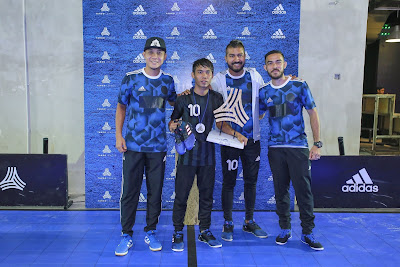 This edition of the Tango League coincides with the launch of adidas’ Ocean Storm NEMEZIZ colourway featuring a dark blue and turquoise trim alongside the trademark adidas three stripes in yellow. Worn by the likes of FC Barcelona’s Lionel Messi, Liverpool's Roberto Firmino and Julian Draxler of Paris Saint Germain, the unique versatility of the boot is made possible with the revolutionary 'Agilitybandage' and 'Torsiontapes' technology which keeps the foot locked down for a perfect fit while the new 'Agilityknit 2.0' interlocking yarn provides a soft direct touch and a lightweight, adaptable feel.

Everydayfoodilove.co/ angeline-ong-yoga.blogspot.com. Thank you for reading our posts. Our team media coverage touches mostly on lifestyle events and focuses on happening scenes in Kuala Lumpur and Kota Kinabalu. Invite us for food reviews, travel and hotel reviews, KL clubbing reviews and product launches. Our other interests include the movies, technology and photography. Subscribe to my facebook page. Contact us via my email at: [email protected] or [email protected]
adidas Advertorial Event football