Weekends are usually the time when Saucer and I indulge ourselves silly with some hearty and good food, as a reward after a week long of hard work in the office. A few weeks ago, he was in Vietnam for business and happened to go to the Hard Rock Cafe there for dinner. He was raving about how good their burgers were, until I had such cravings for them! Fortunately, we did not have to fly all the way to Vietnam for Hard Rock Cafe since there is one right in the heart of KL itself! 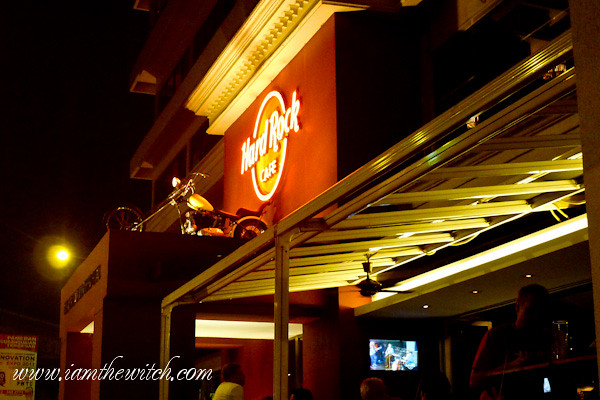 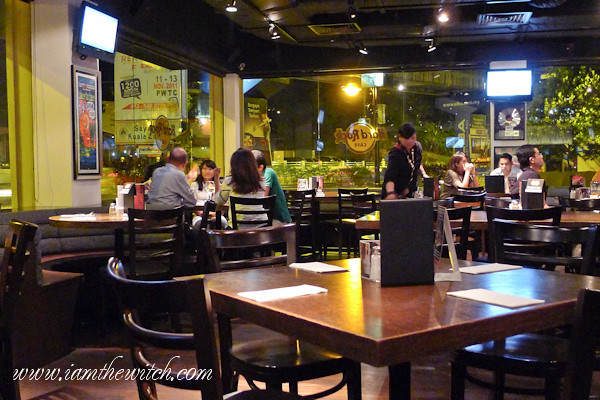 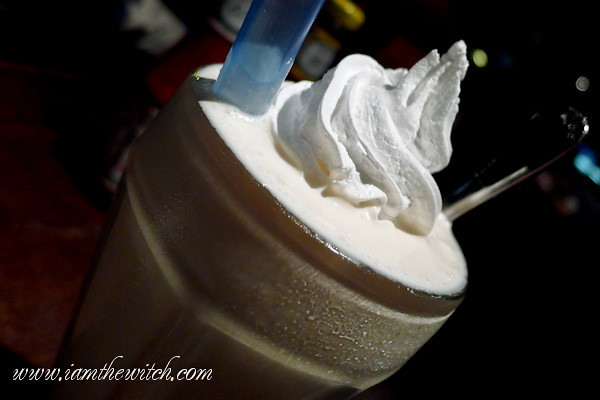 Chocolate Milkshake
We were there on a Saturday night and found the restaurant to be pretty crowded but not full. A table for two was found easily before we settled down with our menus. We ordered the Chocolate Milkshake and found it to be very smooth, creamy and chocolatey. The menu said that Haagen Dazs ice-cream was used in this milkshake but I did not manage to confirm this with the waiter. We should, however, have ordered this only during the later part of the meal for both of us loved it so much we almost finished slurping it before food arrived! 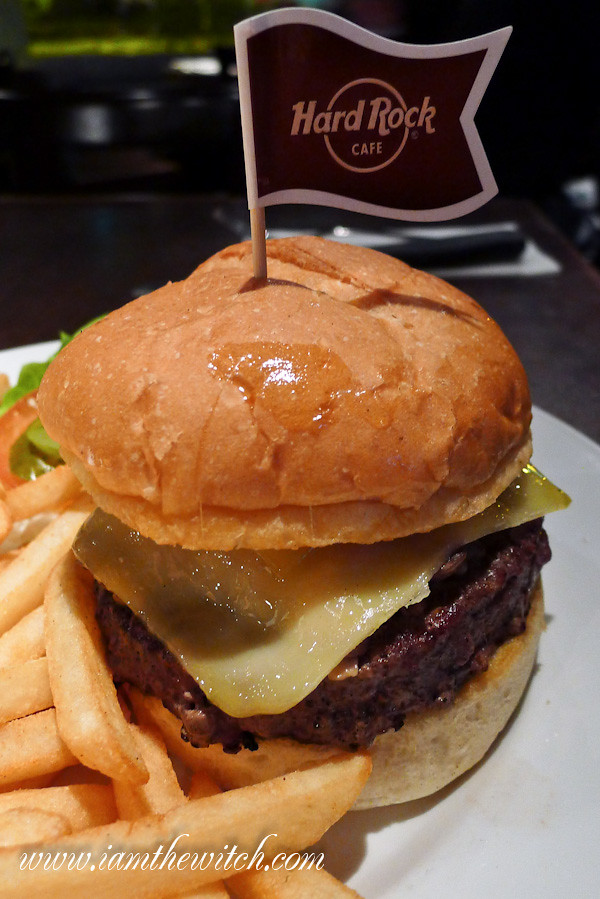 Legendary Burger: Juicy and thick patty
Saucer had the Mushroom and Swiss Burger from the “Legendary Burgers” list which came with a 10 oz. beef patty. It was HUGE! The patty was big and thick, so thick that I could not fit the cross section of the burger into my mouth. On top of the patty was a generous portion of sauteed mushroom as well as two slices of Swiss Cheese, melted to perfection. 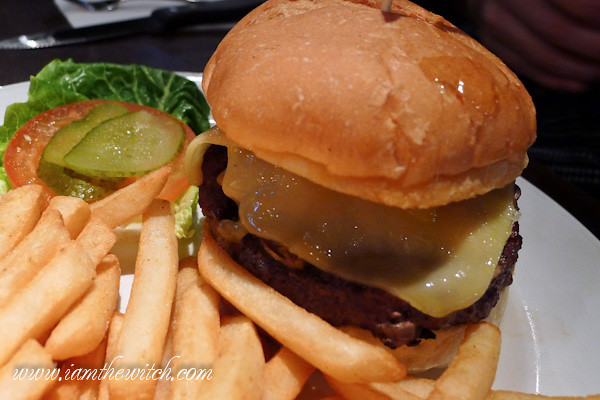 Mushroom and Swiss Burger (~RM43)
The thick beef patty was done medium, retaining its juiciness while being tender and flavourful. The edges also had slightly charred bits that gave this burger a nice bite. Needless to say, Saucer loved this to bits! He finished it even though he was stuffed to the brim due to its huge portion. 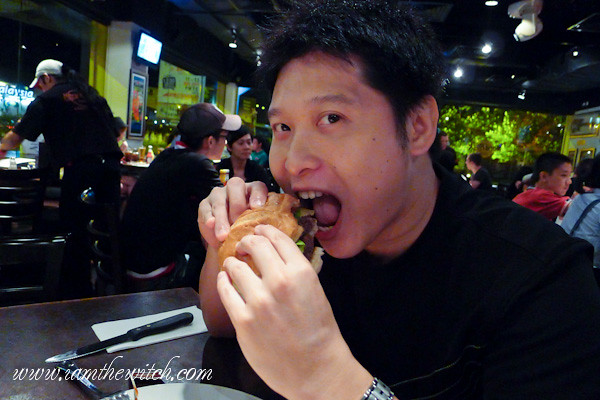 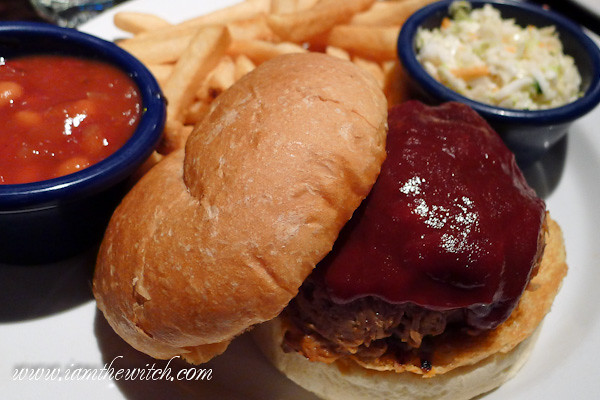 Hickory-Smoked Pulled-Lamb Sandwich (~RM35)
I had the Hickory-Smoked Pulled-Lamb Sandwich, which came to look like a burger too. It was served with two sides of baked beans and coleslaw, on top of the standard fries. The hand-pulled lamb was apparently a bestseller at Hard Rock Cafe as well, so I had pretty high expectations for it. I asked for mine to be served with Hickory BBQ sauce, which was smothered on top of the lamb. 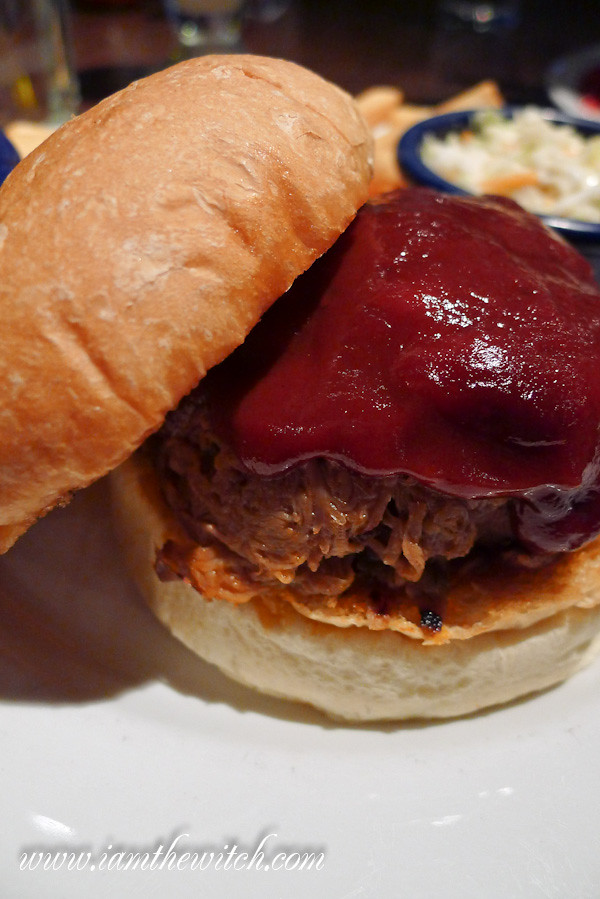 What I loved about the lamb was that it was made from real shredded lamb meat, instead of a lamb patty. The lamb was nicely smoked and flavoured, with a hint of sourness to it, perhaps due to the addition of vinegar. My only gripe was that it could be a little dry after eating too much of it since only lean meat was used. This was, yet again, a very filling meal. 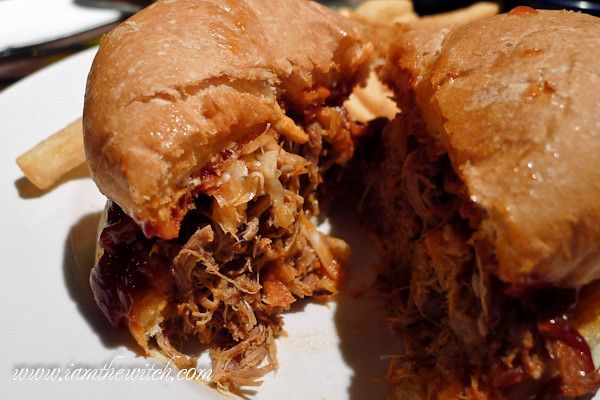 We initially wanted to order desserts after meal but we were both overly stuffed from the burgers! Looking around the place, I noticed half of the patrons to be foreigners. I have to admit, the prices here are a little steeper than the typical American food joints in KL, but the portion is also bigger. Next time, it’ll be better go with a bigger group of people so that we can share our food!