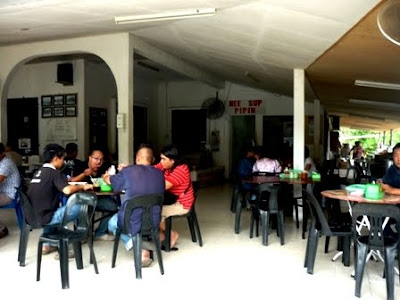 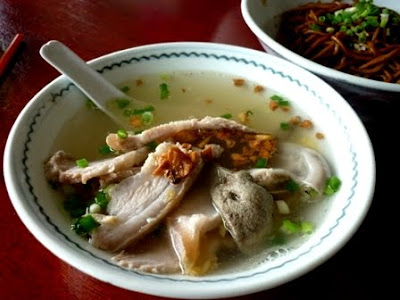 Sup Pipin with Kolo Mee RM5
Not long ago, I heard about the Mee Sup Pipin in KK. After googling about it, I found some details at http://beautifulkk.com/2009/10/12/mee-sup-pipin/. However, not being familiar with the place in KK, is it hard for me to search for the place.
This morning, since Shirley was free, she planned to bring me to somewhere further for breakfast and we ended up at Moyog, Penampang. She ordered a Mee Sup Pipin for me but they mistakenly cooked the Sup Pipin with Kolo Mee.
It was my first time having Sup Pipin. The soup comes sliced pork, pork intestines, Char Siu, pork roll and pork liver. It was topped with fried garlic and spring onion to bring out more aroma. The soup was sweet but the sliced pork although is fresh, it was quite chewy. To me, Sup Pipin seems to be one of the local specialty in KK which contains pure local flavour. 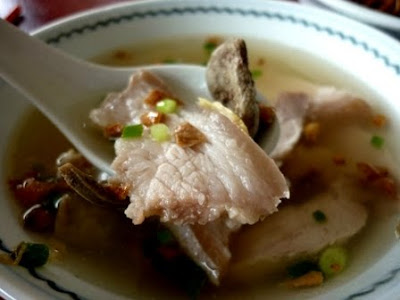 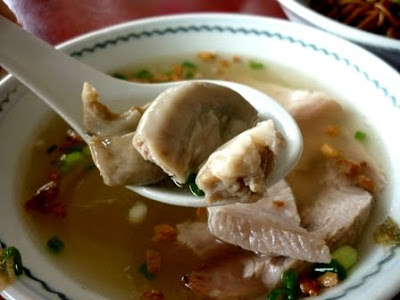 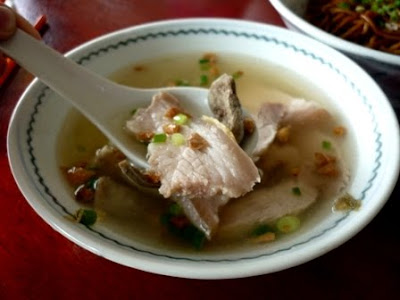 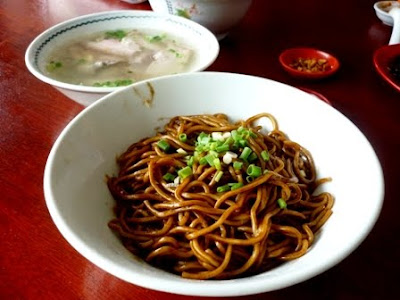 The Kolo Mee tasted good. Nothing much to complain about as I had draw most of my attention to the other dishes. 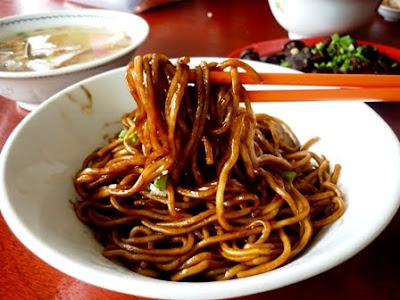 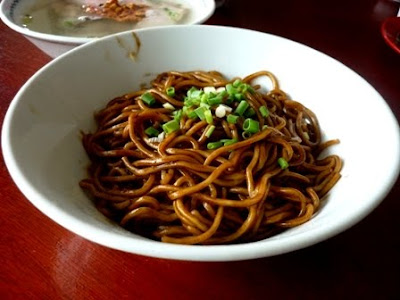 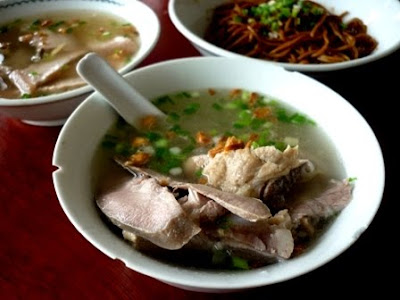 Sup Tulang with Mixed Pork RM5
As we were quite late, the Sup Tulang was almost sold out. So, they added in some mixed pork for us. Beside the pork with bones, pork kidney and sliced pork were added to the soup. It tasted delicious. 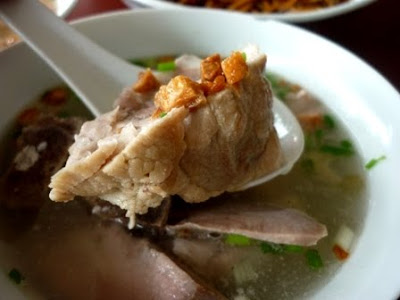 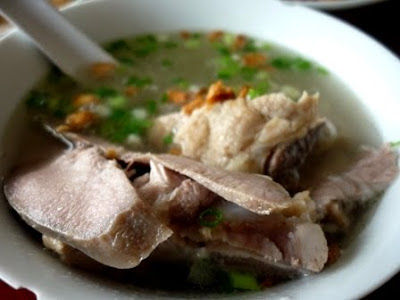 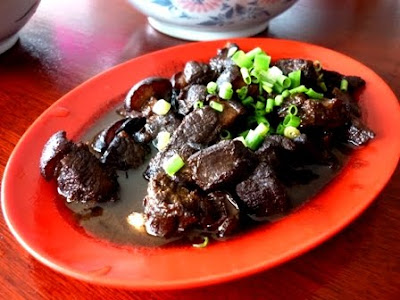 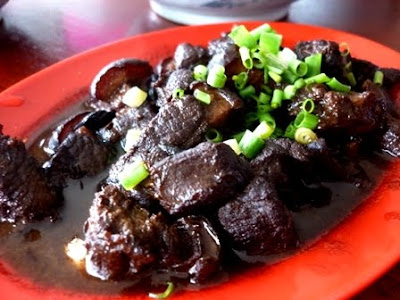 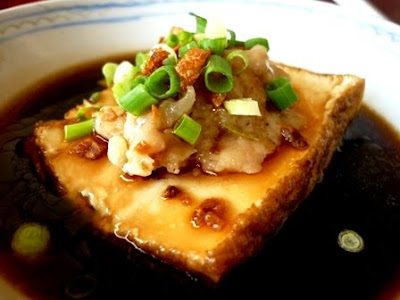 Stuffed Beancurd RM1.00
The smooth and soft beancurd was stuffed with minced pork.
As what I had read from beautifulkk.com, each day, a pig is selected to be slaughtered for the meat. It was the secret behind the good taste of the food here. 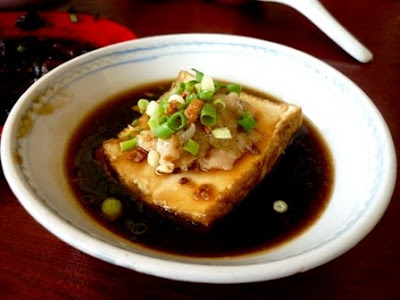 ,
How to get there? From Kota Kinabalu: follow Jalan Penampang (highway A3) and drive 8km to Donggongon township, and look for Jalan Penampang-Tambunan (SA3) and go for another 4 km to Kampung (Village) Inobong. Spot for Jalan Tomposik and turn in, the many cars park around the area will lead you to the destination. The shop is actually the house of the owner of Soup Pipin. (Credited to http://beautifulkk.com/2009/10/12/mee-sup-pipin/) 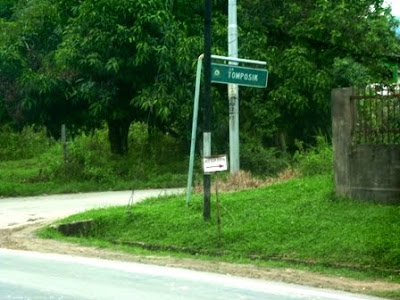 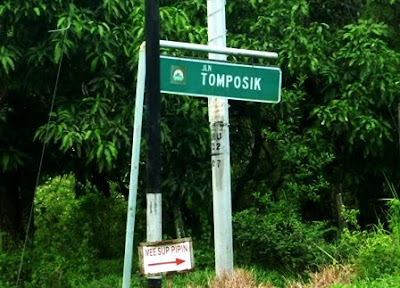 Spotted the signboard, turn in... 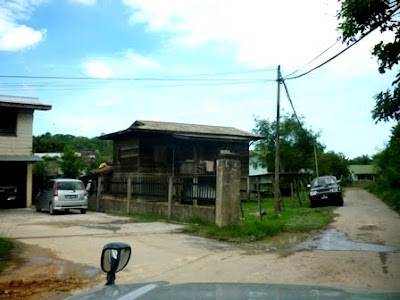 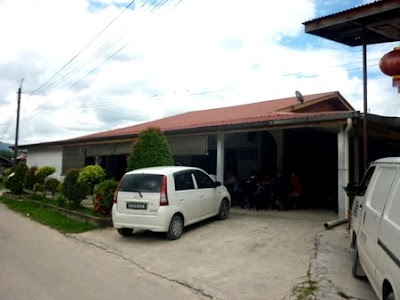 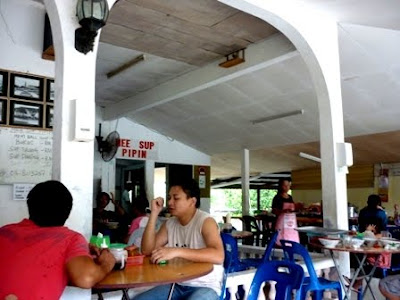 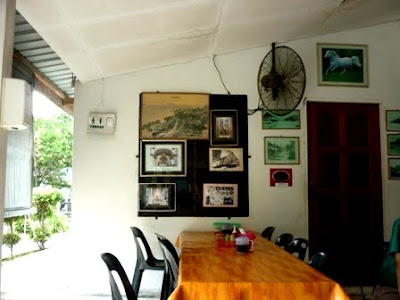 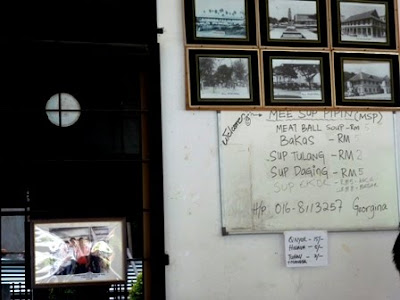 Photo below is the area where they operate during weekend 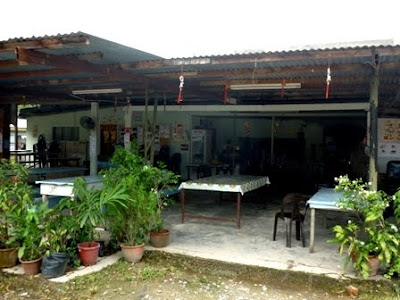 Before we headed home, Shirley stopped by at Nasi Lemak King and told me that they serve the best Nasi Lemak in KK. We were too full for a second round, so, we will save it for next time. 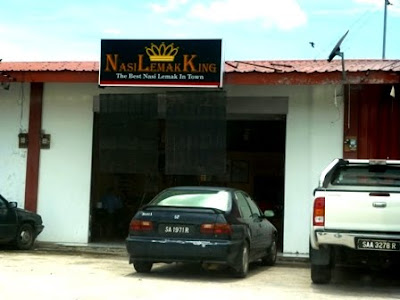 Yes, I have doubted. I have wandered
off the path. I have been lost.
But I always returned. It is beyond
the logic I seek. It is intuitive--an
intrinsic, built-in sense of direction.
I seem to find my way home.
My faith has wavered but has saved me.
Helen Hayes
Asian Food Food Kota Kinabalu Food Non-Halal Noodles Penampang Pork Noodle

Kewl u arrived at last at Sup Pipin..
Well its Moyog...not Moyok..hehehe

Agnes CF Lee said…
I have been there once for lunch many years ago. One has to be familiar with the place in order to locate this home base eatery. It is something different eating there, i planned to go there again some day.
May 18, 2010 at 10:31 PM

merilyn said…
Finally I got to try out Mee Pipin today, thanks to my sis and bro in law who arrived from Tawau! I thought the mee was homemade, turned out it was the ordinary commercial mee kuning, so it was a let down - I ordered meehoon soup instead. As they used kampung pig, the soup was not oily at all unlike those lard-laden sang nyuk mee soup in Lintas. It tasted something more like Kah Hing Coffeshop (Tmn Landbreeze)'s sang nyuk mee but Pipin's comes with cha sau. We tried the hinava (RM5) and bakas (RM15) too - taste wise not bad.
June 11, 2010 at 8:55 PM