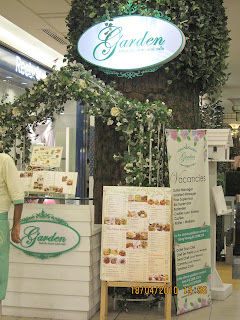 I have actually seen this cafe quite couple of times in The Curve. It just doesn't look like at all. Look more like those florists selling artificial flowers. While my trip to KL in Feb2010, my aunty was curious and checked out their menu and more of what are they selling (we were actually very full as just finished dinner at the Hakka restaurant). Surprisingly, their menu consists of light meals like sandwiches to western meals and local food as well.

In my recent trip to KL, I mentioned bout this cafe to SL while we were shopping in One Utama and SL said we could try it out coz there's a branch of it in One Utama. I was like GREAT.... feeling great though to eat in this kind of floweries restaurant. hahaha... Hence, we had lunch there... 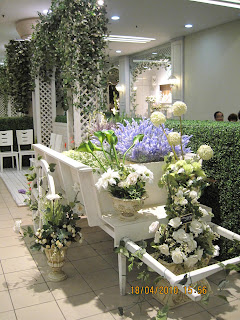 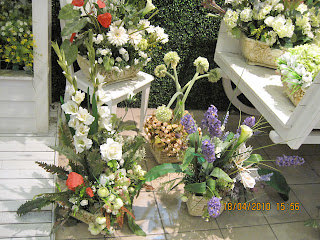 I just love admiring all these flowers. Just love them so much... 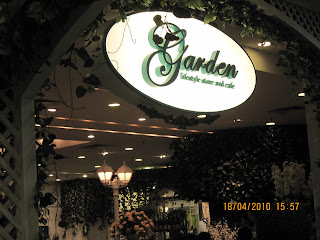 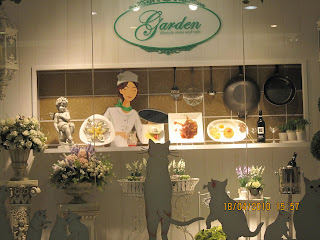 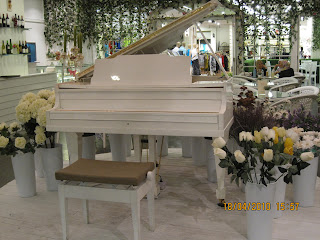 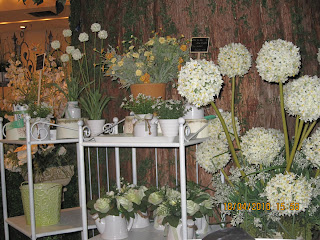 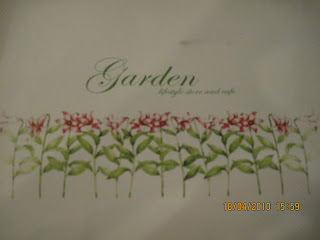 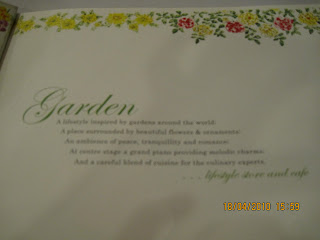 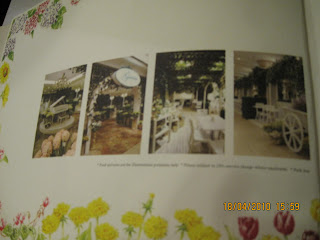 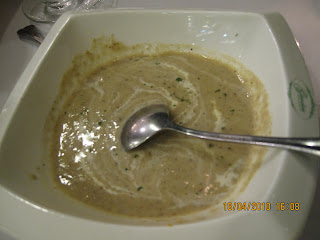 The Appetizer : Wild Mushroom Soup
SL told me that she loves this soup very much and it just tasted very good. True enough. This wild mushroom soup tasted so nice, not those canned type that we could buy from supermarket. It is those that the Chef cooked from scratch and with lots of mushroom pieces... yummm yummm... thumbs up!~ 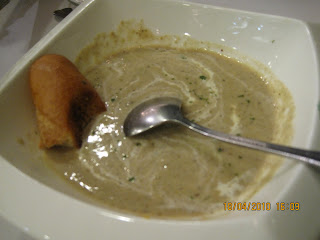 Garlic bread. Have only that small piece left when I remembered to take photos. Strong garlic taste and went very well with the thick wild mushroom soup. 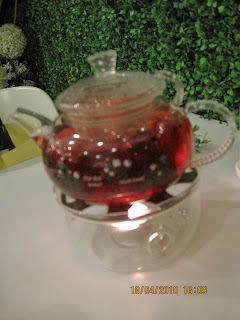 Apple and raspberry tea. Quite sourish because the raspberry taste is quite strong. 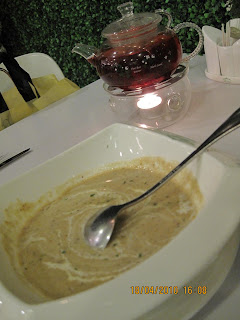 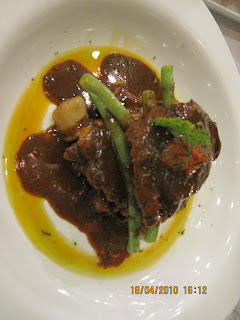 My main course: Black Pepper Chicken Chop.
Yummy... the chicken chop was fried to perfection - tender and juicy, and served with black pepper sauce and some vegetables. 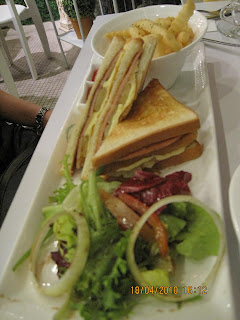 SL main course: Club sandwiches
Also very good. There were hams, cheese and lotsa of pineapples in the sandwiches. The pineapples had made the sandwiches even tasted greater as it brought out the taste of the toasted bread, ham and cheese. This sandwiches was served with some green vegetable salad with olive oil and balsamic vinegar and also chips. Thumbs up~ 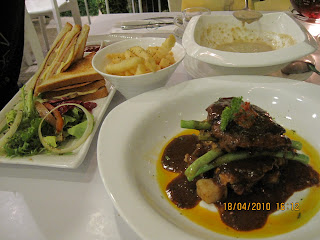 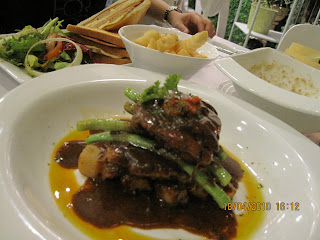