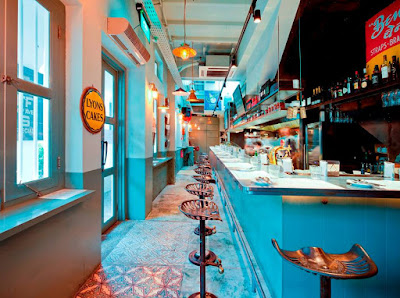 About Esquina Singapore
Esquina is a restaurant under the Unlisted Collection group and is eatery that was inspired by the many colourful tapas bars that one would find in the vibrant country of Spain. Esquina translates to "the corner" in Spanish and that's exactly where you can find it; tucked away at the niche of Jiak Chuan Road. 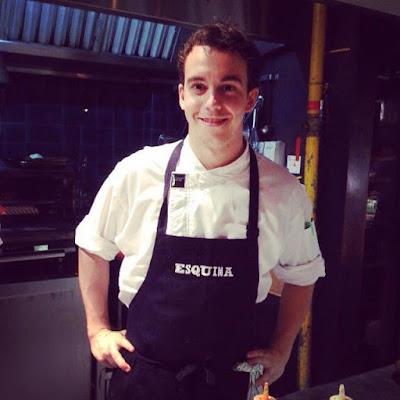 Chef Carlos main focus: Taste, Consistency and Originality.
Chef Carlos has worked and trained under renown chefs in Michelin starred restaurants such as Cellar de Can Roca, Zuberoa and Cinc Sentits. Before he became the head chef of Esquina, he led the kitchen that worked in tandem with one of Singapore's top cocktail bars, Anti:dote. 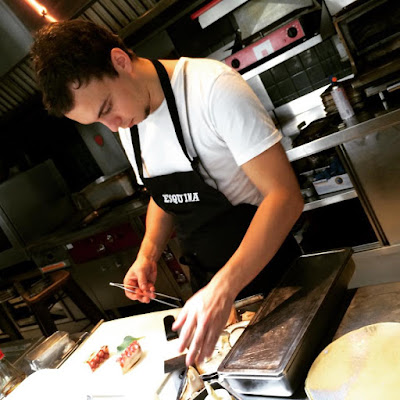 Chef Carlos joined the culinary school when he was 16, where he studied for two and a half years. His first part-time job was at a sandwiches restaurant, then he started doing “stages” during holidays at Culinary School in a couple of Michelin starred restaurants in Barcelona. Trained on the basics of Spanish and French Cuisine at Culinary School, Hofmann where he also learned how to work, organized and clean in a kitchen. Chef Carlos talent was further cemented as he walked through the kitchens of acclaimed Michelin starred chef with the likes of Chefs Hilario Arbelaitz and the Roca brothers. 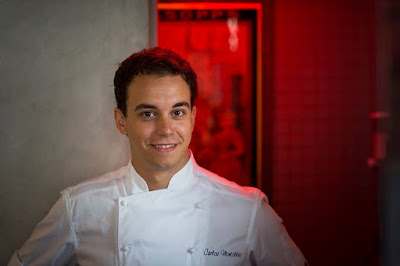 A funny side of Chef Carlos. When Chef Carlos first tried dim sum in Barcelona, his first thought was ‘Hey, Asian tapas!" 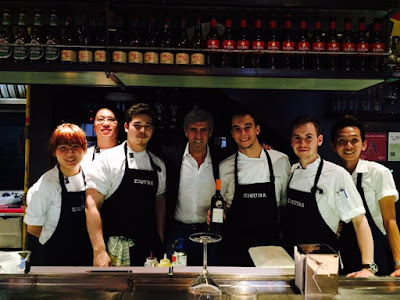 Kuala Lumpur 7th June 2016 - Mezze Bistro we experienced the creative style of Chef Carlos Montobbio from ESQUINA Singapore. Helming the Mezze kitchen with Resident Head Chef, Yves Pierre Renou - together they showcased a night of small plates with big flavours distinctively true to Chef Montobbio’s Spanish and Asian-inspired tapas style. Formerly with Spain 3 Michelin-starred restaurant, Celler de Can Roca and more recently in Asia, Fairmont Singapore’s Anti:dote bar - Barcelona-born Montobbio is on a mission to showcase the versatility of Spanish food with an emphasis on creativity, quality and authenticity, inspired by his fondest memories of home. 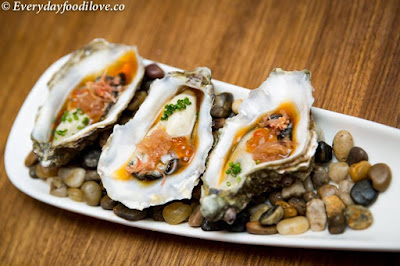 Oyster with salmon roe gets an Asian lift from the jalapeno ponzu and pickled ginger flower.
This Oysters make a tantalising starter with the salty, tangy and creaminess of the oyster. 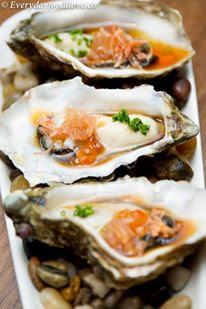 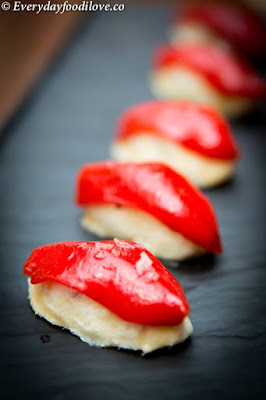 Spanish Nigiri, presented like a sushi but it's made from bacalao brandade and bright red roasted bell pepper. The salted cod with garlic oil was an exquisite treat. It looks really simple but there is a lot of techniques behind. The cod is being cooked sous-vide with a concentrated garlic oil, we add reduced cream and mashed potatoes and we emulsify it together adding the cod's natural gelatine that is being dropped in the bags while cooking. Then we roast the piquillo peppers, we keep the juice they drop while cooking and we mix it with soya sauce and we thicken the juices with a bit of Xanthan Gum. 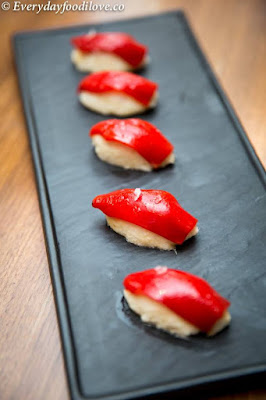 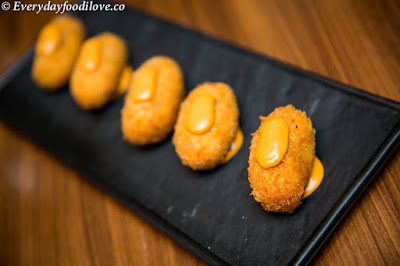 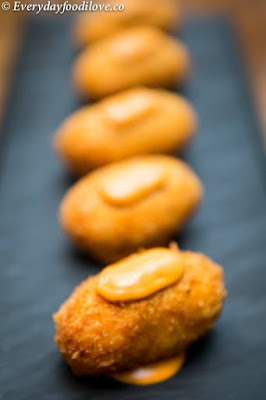 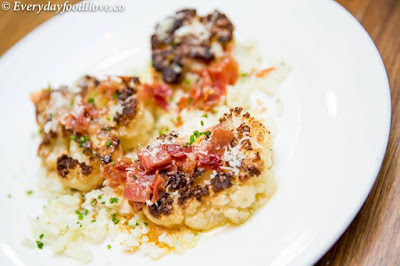 CAULIFLOWER - Roasted Cauliflower, Cauliflower Cous Cous, Serrano Ham, Brown Butter
The roasted cauliflower is also surprisingly good and cauliflower couscous is a nice idea, when paired with Manchego cheese and bits of serrano ham it helps to bring out the flavours. 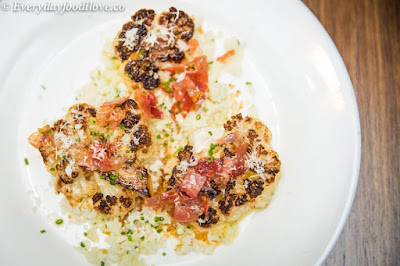 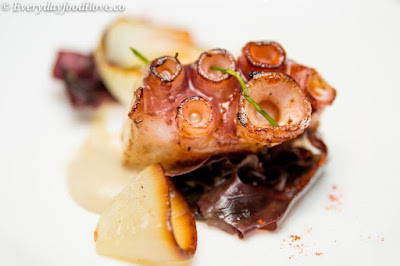 Grilled Spanish Octopus is first made tender from a sous vide bath, and then grilled for smoky finish. Jerusalem artichoke, burnt onion and oyster leaf finish the ensemble, this is one of the mainstays of Spanish tapas. Perfectly grilled and beautifully tender Spanish octopus drizzled with bacon oil, both of which play off to good effect against the briny notes of pickled seaweed. 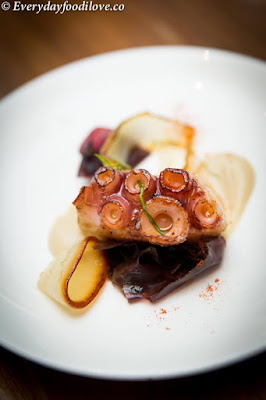 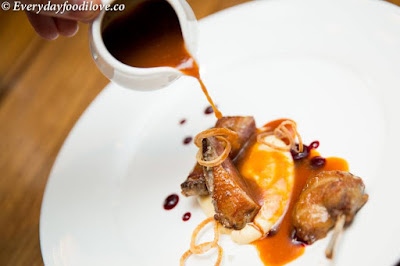 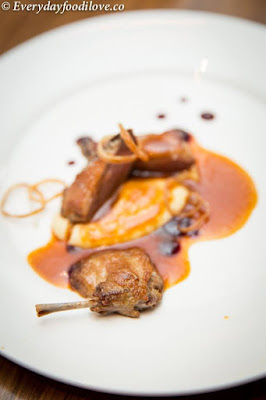 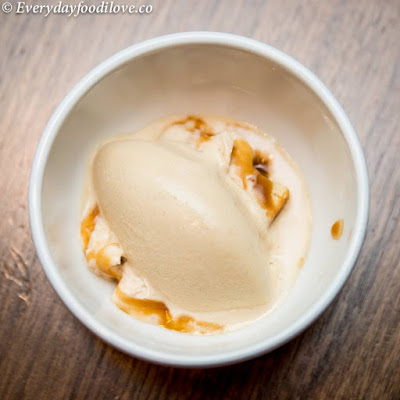 BBC dessert (Banana, Beer and Caramel), this combination works well because Chef Carlos tried really hard to find the right beer for the beer ice cream to pair with the creamed banana and caramel sauce. 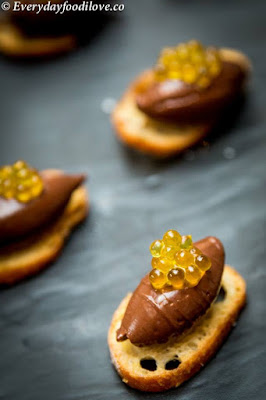 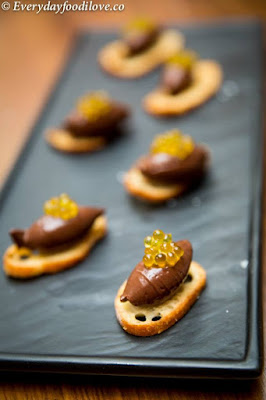 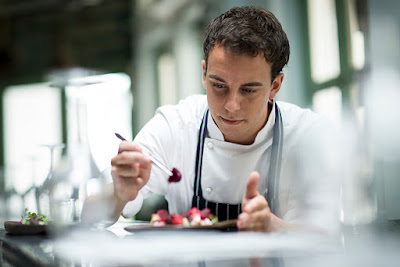 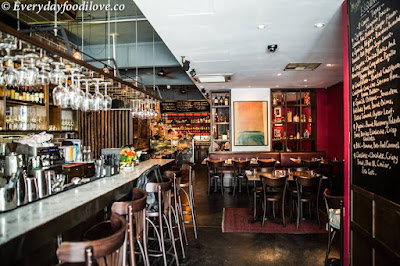 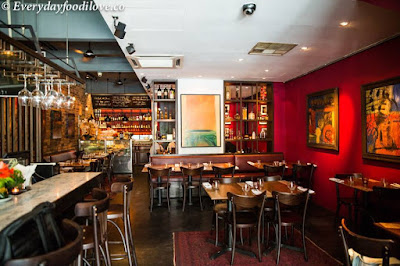 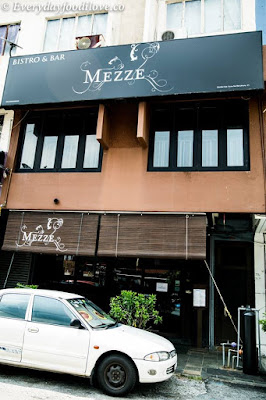 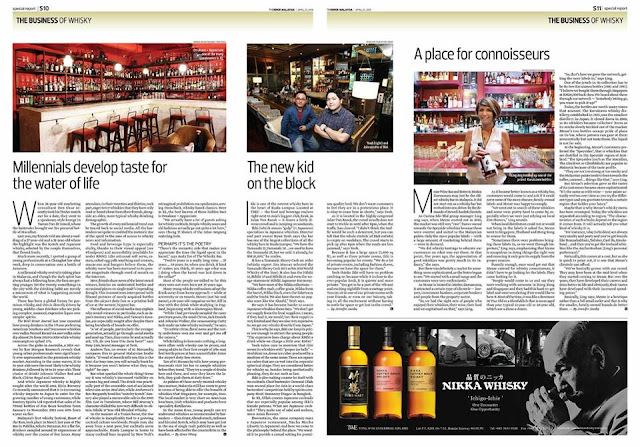 Everydayfoodilove.co/ angeline-ong-yoga.blogspot.com. Thank you for reading our posts. Our team media coverage touches mostly on lifestyle events and focuses on happening scenes in Kuala Lumpur and Kota Kinabalu. Invite us for food reviews, travel and hotel reviews, KL clubbing reviews and product launches. Our other interests include the movies, technology and photography. Subscribe to my facebook page. Contact us via my email at: [email protected] or [email protected]
Bistro Damansara Kuala Lumpur Mezze Bistro Non-Halal