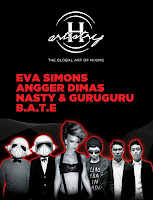 A PUMPING H-ARTISTRY MIX IN STORE FOR KUALA LUMPUR. Hot off raising the roof in Penang at the Straits Quay Convention Centre last June, H-Artistry returns to the heart of Kuala Lumpur for the second instalment of 2012’s Global Art of Mixing Trilogy! The upcoming H-Artistry party is set to take place at KWC Kuala Lumpur, promising an eclectic mix and a phenomenal super-clubbing experience on 8 September 2012. 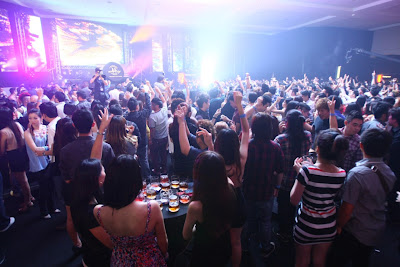 As H-Artistry zeros in on Kuala Lumpur’s latest wholesale fashion hub, around 3,000 party goers will be treated to a mix of world-class music and the trademark H-Artistry atmosphere. Seasoned H-Artistry enthusiasts and new initiates alike will be blown away by a revamped Hennessy Art of Mixing Zone featuring the Hennessy 360 Cam, as well as other interactive party elements; making it one of the premier party experiences this September. 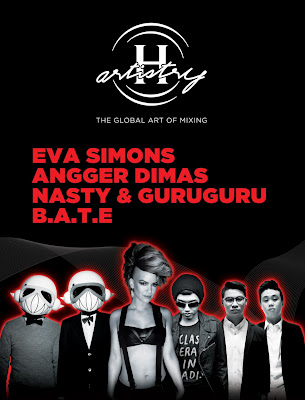 This instalment of H-Artistry will be headlined by international vocal powerhouse and EDM (electronic dance music) siren Eva Simons, Jakarta’s cult-status DJ Angger Dimas, as well as Kuala Lumpur’s fast-rising electronic dance nu-breeds B.A.T.E. (Brain And The Eye). The night will charge on till the end with the hard-hitting, hipster-worshipped duo Mr.Nasty & GuruGuru (a.k.a. Bass Agents).

Party goers can expect fist-pumping performances and collaborations laced with powerful vocal lashings from Eva Simons. The songstress is best known for her recent collaboration with Afrojack in the track “Take Over Control”, which has become a dance crossover anthem on dance floors around the world. 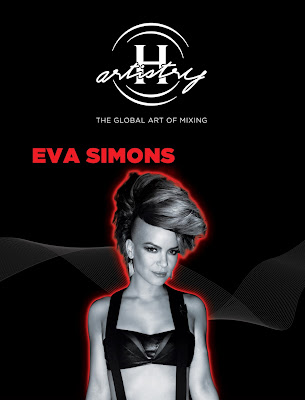 Artists: Eva Simons – Netherlands
Genres: Dance
Headlining H-Artistry this September at KWC KL, Dutch vocal powerhouse and EDM siren Eva Simons has come a long way since her beginnings. Back in 2009, Eva Simon’s track entitled “Silly Boy” started to gain popularity on the internet and received attention from the likes of Kanye West. Bolstered by this initial success, Simons went on to sign a worldwide record deal at EMI, which led to even more notable records from her up to mid-2010. This was when Eva Simons & Mike Hamilton (also known as the writing team Topline Ink) wrote the song “Take Over Control”.

They played the idea to DJ Afrojack, who produced a hit single that went on to spend 6 weeks on the Billboard Top Dance Airplay Chart. “Take Over Control” also topped iTunes dance charts globally, gaining Platinum status in Australia and certified Gold in the US. Today, the song has become a global dance crossover anthem.

In 2011, Eva Simons went on to sign another major record deal in the US and was featured on LMFAO’s track, "Best Night", subsequently joining the Los Angeles party rocking duo on their "Sorry for Party Rocking" tour. In addition, Simons has also collaborated with will.i.am on tracks for his upcoming solo album.

Eva Simons has since premiered her new single "I Don't Like You" under Interscope Records, and her tracks continue to pump up dance floors around the world with her distinct and power-packed vocals. 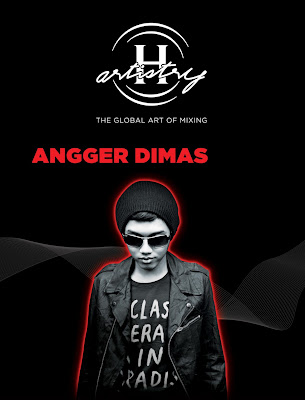 Artists: Angger Dimas – Indonesia
Genres: Electro House
Hailing from Jakarta, 24 year old Angger Dimas is the epitome of young DJ-ing talent from around the region. Commanding an underground cult following in the party scene of South East Asia’s largest metropolis, Dimas started out young by picking up the guitar at the tender age of 7. His pursuit of creating electronic dance music (EDM) began 3 years ago when he debuted his DJ-ing career in 2009.

In a short span of time, Dimas’ talent landed him a record deal with Australia's mighty Vicious Recordings in early 2009. Dimas went on to spend the rest of his early years fine-tuning his craft, making a huge impact not only in Jakarta’s thriving club scene, but also amongst international electro house / EDM heavyweights such as Laidback Luke and Steve Aoki.

Dimas’ debut release "Duck Army" has been played by the likes of Tocadisco, Joachim Garraud and Laidback Luke, while another Dimas track entitled “She Got It” was dropped by Sebastian Ingrosso as his opening track at the famed “Sensation” event, in front of a 20,000-strong Melbourne crowd. Dimas’ tracks are often included in the playlists of David Guetta, Chuckie, Armand Van Helden, Steve Aokie, Laidback Luke and Axwell. 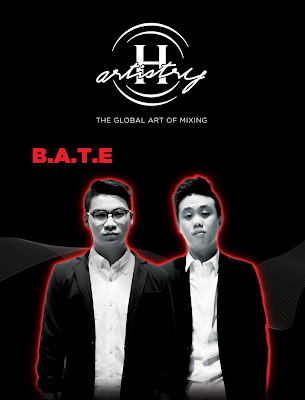 Artists: B.A.T.E. (Brain And The Eye) – Malaysia
Genres: Big Room & Electro House
B.A.T.E., made up of local duo Wai Hong and Ethan Curzon, are two fast rising nu-breeds aspiring to be the next big DJ duo in the local scene. Despite being relatively new, B.A.T.E. are no strangers to Kuala Lumpur party goers. The duo is frequently spotted tearing up the decks at various nightspots around the city such as Barsonic at Zouk, Vertigo, LUST, Bakita and Bedroom. Known for their hand-picked selection of only the finest tunes in Disco, Techno, Big Room and Electro, B.A.T.E. are heavily influenced by EDM juggernauts such as Laidback Luke, Boys Noize and Steve Angello. Eager to set the energy and pace this 8 September at H-Artistry, party goers can expect an adrenalin-laced set with lots of fist-pumping moments as B.A.T.E. brings their eclectic sound to the biggest party in Kuala Lumpur this September 2012. 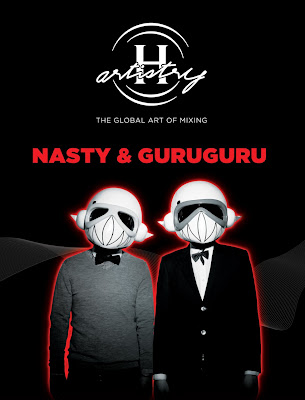 Artists: Nasty and GuruGuru a.k.a Bass Agents
Genres: Hard Dance and Hard Style
Infamous household names of the Kuala Lumpur party scene, Nasty and GuruGuru who come together as the Bass Agents need no introduction. Anchoring the hipster continent of Zouk Club KL, with their monthly residency at Basonic, the Bass Agents have well established their mark in the region with their complex and edgy lashings of electro, hard trance and hard style. Known for their dirty, energetic electro house and big room tunes, their monthly parties at various locations around Kuala Lumpur such as CTRL at Zouk, Avant/Garde at Vertigo and TOP at Bakita have earned them borderline cult status and potent street cred. The Bass Agents will be hitting the overdrive button at H-Artistry as they push energy levels through the roof, all the way until the end of the night. 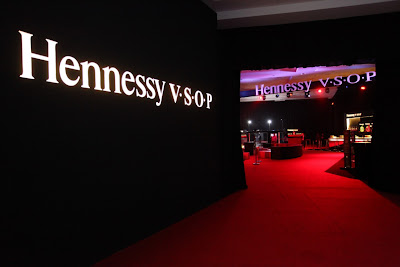 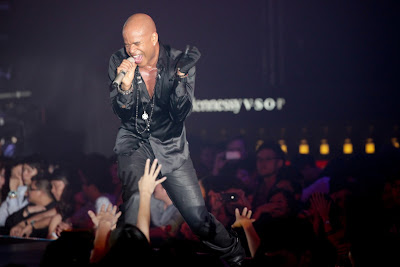 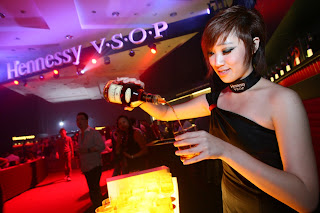 H-Artistry bringing the house down in Penang 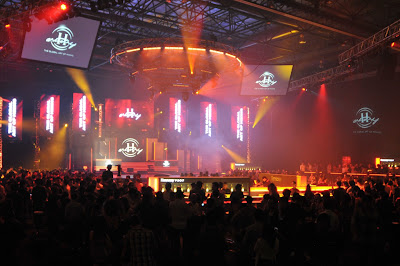 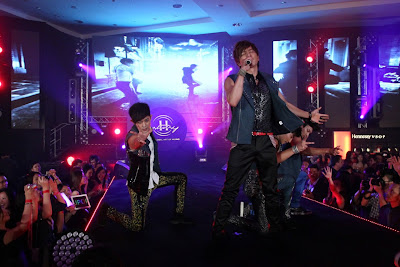 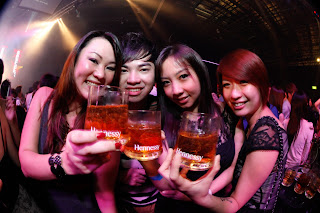 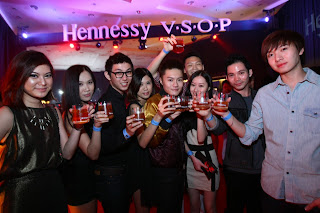 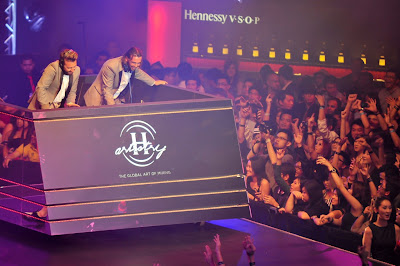 Be sure not to miss out on H-Artistry this September by watching this space for more information:
www.h-artistry.com.my H-Artistry is open to those above 18 years of age and non-Muslims only

Additional Information on KWC:
KWC is located on Jalan Gelugor, and is accessible from Jalan Hang Tuah and Jalan Loke Yew. KWC is also accessible via public transport. H-Artistry will take place at the exhibition and promotions hall on Level 15.