Chef Emmanuel Stroobant invite his closest VIP friends and media personalities to dine with him in the fully equipped SignatureKitchen showroom in Kota Damansara, Selangor. There he whips up 36 of his most loved recipes that have made a mark on his life. Inspired by his Belgian heritage, and his love for healthy and nutritious foods, and his extensive travels, Chef Emmanuel showcases an array of delicious international recipes that are sure to tantalise his guests, as well as those watching from home.

For the first time ever, AFC viewers will get an exclusive and intimate peek into Chef Emmanuel’s life as he brings the cameras behind the scenes, into the kitchens of his successful restaurants and even into his own home.

Starting his career at the tender age of 16, Chef Emmanuel never dreamed that he would reach Celebrity Chef status. However, many years later, Chef Emmanuel is no stranger to the limelight. He previously starred in his own television series, Chef In Black, which aired on the Asian Food Channel and was also featured in AFC’s first ever-filmed and fully produced regional cooking competition series, E&O Search For AFC’s. Next Celebrity Chef, as a Celebrity Chef guest judge. When Chef Emmanuel is not in front of the camera, he is busy running his highly successful restaurant group that includes award-winning establishments such as Saint Pierre and Brussels Sprouts. In his spare time, Chef Emmanuel ensures to remain active, regularly exercising and practicing yoga with his staff or at home with his family. 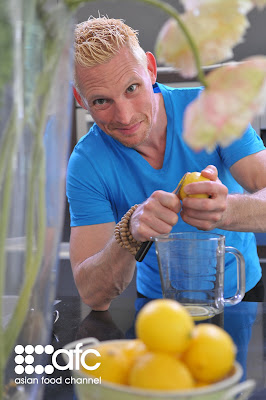 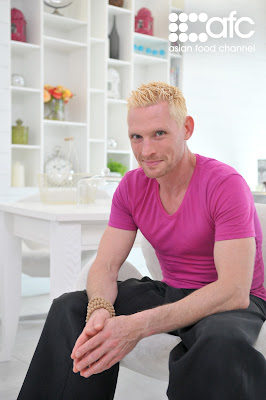 Everydayfoodilove.co/ http://www.foodloh.com/ team: Thank you for reading our posts. Our team media coverage touches mostly on lifestyle events and focuses on happening scenes in Kuala Lumpur and Kota Kinabalu. Invite us for food reviews, travel and hotel reviews, KL clubbing reviews and product launches. Our other interests include the movies, technology and photography. Subscribe to my facebook page. Contact us via my email at: angel_line78@hotmail.com or monicaong@hotmail.com
AFC Kuala Lumpur Food Media Invitation