Recently I've been practicing Vinyasa Yoga taught by Edwin and Pilates taught by Evon, at Celebrity Fitness Mid Valley and it has improved my yoga practice to a whole new level. I did some yoga photos shoot down the lobby at garden area of my home, as an assessment or record. Vinyasa means "breath-synchronized movement", it covers a broad range of yoga classes. The teacher will instruct you to move from one pose to the next on an inhale or an exhale, which will create a flow because of the smooth way that the poses run together and become like a dance. Vinyasa yoga allows for a lot of variety, but will certainly include Sun Salutations. At Vinyasa class, expect movement, not just stretching. Whether the class is fast or slow, includes meditation, or is very alignment-oriented will depend on the individual teacher. Some very popular yoga styles, such as Ashtanga and Power Yoga, make use of the Vinyasa method. Vinyasa’s strength is in its diversity. There is no single philosophy, rulebook, or sequence that teachers must follow, so there is a lot of room for individual personalities and quirks to come through. This makes it essential that you find a yoga teacher that you enjoy and can relate to when you practice yoga.

Angeline: I am a Yoga Teacher by profession, photographer and blogger
My yoga photos shoot, for assessment on my own yoga practice, recently I've been attending Vinyasa and Pilates classes to improve myself. Life is about learning and experiencing..I'll never stop learning, be open minded and respect others. I really appreciate and respect Edwin (Vinyasa Yoga Teacher) and Evon (Pilates Teacher) at Celebrity Fitness Mid Valley for their passion to teach. 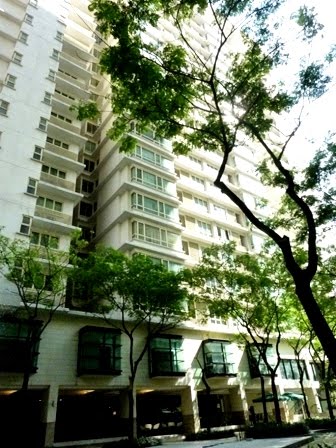 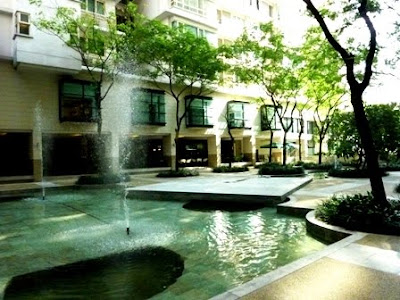 Benefits of Vinyasa Yoga
*Improve flexibility to muscles, provide stamina to the body inclusive of the activation of organs of the body.

*Help builds strength and flexibility throughout your legs and hips because you take your weight on one leg at a time in strong lunges. Holding your lunge while arching your back opens up your shoulders and stretches your entire spine. The side twists rotate your hips, shoulders, and neck to a point of resistance to improve flexibility. It creates long, lean muscles to improve your metabolic rate.

*The practice of Core Strength Vinyasa Yoga is one of the most effective yoga practices for sparking major changes both inside and out. The understanding or focus on the core of our yoga poses on all levels: physical, mental, emotional, spiritual and energetic.

Use of the “core muscles” most efficiently to gain the maximum yoga benefits (calorie burn, strength, flexibility, focus, self-awareness, confidence...) in the least amount of time. Because of its multi-level actions, and focus on constant core connection.

Understanding of Core Muscles
In anatomy, the core refers to the body minus the legs and arms, which our functional movements are highly dependent it, and lack of core development can result in a prone to injury. The major muscles of the core reside in the area of the belly and the mid and lower back but not the shoulders, and peripherally include the hips, the shoulders and the neck.
Major muscles of core include pelvic floor muscles, transversus abdominis, multifidus, internal and external obliques, rectus abdominis, erector spinae (sacrospinalis) especially the longissimus thoracis, and the diaphragm. Minor core muscles include the latissimus dorsi, gluteus maximus, and trapezius.

The core is used to stabilize the thorax and the pelvis during dynamic movement and it also provides internal pressure to expel substances (vomit, feces, carbon-laden air, etc.).

Functions of the core
Valsalva maneuver
Core muscles are very important in the Valsalva maneuver, which is when a person's thorax tightens while holding their breath. This normally involuntary action can be induced by linking one's hands in front of the chest while standing, and then pulling against the hands without letting go. The Valsalva maneuver assists in lifting, excretion, pushing, and birthing.

Continence
Continence is the ability to withhold bowel movements, and urinary stress incontinence (the lack of bladder control due to pelvic floor dysfunction can result in weak core musculature).

Pregnancy
Women use their core muscles, specifically the transversus abdominis, during labor and delivery.

The core is traditionally assumed to originate most full-body functional movement, including most sports. In addition, the core determines to a large part a person's posture. In all, the human anatomy is built to take force upon the bones and direct autonomic force, through various joints, in the desired direction. The core muscles align the spine, ribs, and pelvis of a person to resist a specific force, whether static or dynamic.

Muscles that make up the "Core"
Transverse abdominals: The deepest of the stomach muscles and are also considered as the most important for a strong core, act like a big weight lifter’s belt. Help with flexing and twisting at the waist and they protect our organs, but their main job is to create a strong core link between upper and lower body

Obliques: Positioned slightly to the sides of our waists and link all the way up to the rib cage. There are 4 in total, 2 each side and are made up of internal and external obliques. Helping the core and movements involving twisting and tilting at the waist.

Rectus Abdominus: The 6 pack: which sits on top of the other stomach muscles and down the centre from the rib cage to the pubis bone. Its main job is to keep the pelvis in line which in turn protects the spine.

Erector Spinae: Small muscles that run up your whole spine on both sides. Whilst your body has full control of them they to do their job automatically, after all you don’t have to remind your upper body to stay upward when you are standing. These muscles tend to be very tight and weak outside of the normal range. If you have a weak core, it is these muscles that tend to take the brunt of it as their main job is to keep you upright but they also help with the twisting and bending of your trunk.

Ilio-psoas: Known as Hip flexor muscles, situated at the top front of your legs and help raise the upper leg upwards. Join in the top of the thigh and travel through your pelvis and onto your lower spine. These muscles are notorious for being short because of the amount of sitting we tend to do and as they join into the lower spine they can be a direct cause of lower back pain. As well as being strong these also need to be supple.

Glutius Maximus: Your bum muscles, one of the biggest muscles in your body. It plays a major part in moving the legs during running, walking etc and is very important for good posture, which in turn is essential for a strong core. These muscles tend to be very weak on most people and therefore should be worked on.

Glutius Medius and Minimus:  2 muscles found in your bum underneath you glutius maximus, a much smaller and again seem to be generally weak. These muscles are loosely core related but if they are not functioning correctly they can create a weakness in the core, especially through sideways movement of the upper body. Their main jobs are to take your leg out to the side and to rotate the whole leg outwards.

Hamstrings: Not considered part of the core muscles but play a smaller roles to aid the movement of our torsos backwards. It should be added because of the affect it has on the core when it is tight. The tighter your hamstrings the bigger the negative influence on your core strength. A very important muscle to stretch.

You may be able to tell that there is more to a strong core than just strength, as there is no point in having the strength if your body can’t access it. Muscle function: it is built up of strength, suppleness and the ability to access this as and when the body needs it within a fraction of a second. The only way to achieve this is to build up the core strength and stretch them all as regularly as you can and then practise specific core exercises.

Pilates
Pilates is a physical fitness system developed in the early 20th century by Joseph Pilates in Germany, the UK and the USA. As of 2005, there were 11 million people practicing the discipline regularly and 14,000 instructors in the United States.

Pilates called his method Contrology, because he believed that his method uses the mind to control the muscles. Pilates is a body conditioning routine that helps to not only build flexibility, but also strength, endurance, and coordination in the legs, abdominals, arms and back.

Pilates emphasizes the concepts of core strength and stabilization. Students are taught the concepts of core strength and stabilization, as well as to use your “powerhouse” throughout life’s daily activities. As Joseph Pilates called it, your “powerhouse” is the center of your body or your core and if strengthened, it offers a solid foundation for any movement. This power engine is a muscular network which provides the basic control and stability in the lumbopelvic region, which furthermore consists of the Pelvic floor muscles, the Transversus, the Multifidus, the diaphragm, the muscles of the inner thigh, and the muscles encircling the sitting bone area.

You activate the power engine effectively by hollowing of the deep abdominals and pelvic floor muscles (“Deep muscle corset”), by drawing the navel back into the spine in a zipping-up motion, from the pubic bone to the breast bone thereby engaging the heels, the back of the inner thighs, the deep lower back muscles, and the muscles surrounding the sitting bones and tailbone area without inhibiting the natural function of the diaphragm – that is without holding your breath either from lifting the chest upwards or contracting the chest.

The Power Engine opens up the vertical dimension of the body by grounding the pelvis to the earth and by elevating the spine towards the sky, much like a tree; the pelvis being the root and the branches being the spine.