By Angeline - April 16, 2012
What is Glenmorangie Single Malt Whisky?


Glenmorangie is arguably the most delicious and complex single malt whisky in the world. Its multi-layered aromas and kaleidoscopic flavours stimulate the senses and entice the palate. 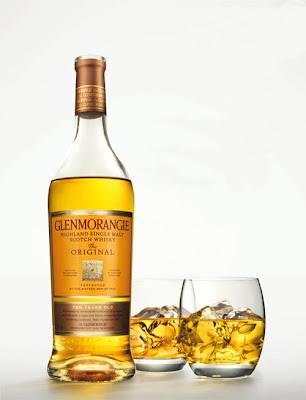 How “Unnecessarily Well Made” is Glenmorangie?
Single malt whisky obtains its flavour from the wooden casks used in maturation. Many of Glenmorangie’s bespoke casks are made from white oaks grown on the Ozark Mountains in Missouri, USA.

They are grown slowly over 100 years and seasoned naturally in the open air for two years to preserve their porous texture – a quality that adds to the spirit’s intriguing depth. 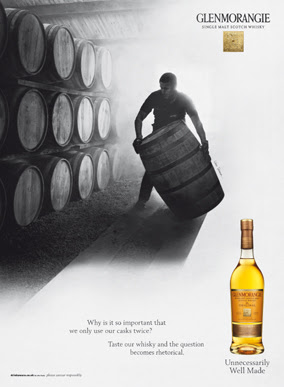 Glenmorangie casks are only ever used twice to ensure the optimal amount of flavour is extracted into the whisky.

While there are many perfectly good single malt whiskies made in shorter stills, the Glenmorangie Distillery utilizes swan-necked stills that are the tallest in Scotland. 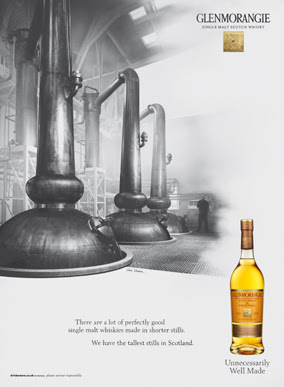 This height means that only the lightest and purest vapours are able to ascend to the top and condense into spirit, contributing to Glenmorangie’s distinctive complexity and layered flavour. 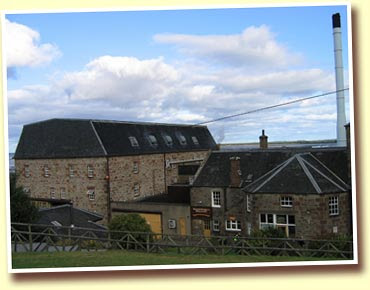 The Glenmorangie Distillery in Tain, Scotland

The superiority of the ingredients – local spring water from its own Tarlogie spring and locally grown Scottish barley, combined with the skill of the craftsmen who follow the same, time honoured approach that the company has used throughout its long history, result in a smooth spirit of distinction.

Whether you are a single malt aficionado, a fan of contemporary design, or just plain curious, be sure to head to The Gardens to catch the SOUNDFORM Fluid, which is a striking yet sculpturally functional illustration of Glenmorangie’s ‘Unnecessarily Well Made’ concept.
Advertorial