ARTHUR’S DAY™ IS BACK, BIGGER BETTER AND BOLDER THAN EVER! 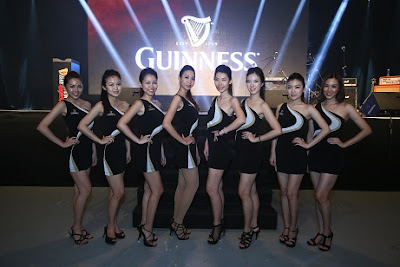 Our resident Guinness Girls all rockin ready to serve and entertain guests at the Arthur’s Day Launch Party.

The Arthur’s Day™ celebrations in Malaysia kicked off with an exclusive launch party held in KL Live today. GUINNESS® fans and members of the media across the room were roaring when GUINNESS® announced the exciting line-up of artists this year. Taking the celebrations up a notch, some of the hottest international music stars, Five for Fighting, All American Rejects and The Wanted will be taking the Arthur’s Day™ stage to celebrate the remarkable legacy of this extraordinary man.

“Arthur’s Day™ celebrates the founder of GUINNESS®, Arthur Guinness, and his remarkable legacy of goodness through music. This year, we pay homage to his bold character and people like him, those who are ‘more’ than just ordinary; much like the Artists that will be rocking the Arthur’s Day™ stage, our Arthur Guinness Fund recipients and our GUINNESS® drinkers, who choose a GUINNESS® every time.” said Bruce Dallas, Marketing Director of Guinness Anchor Berhad. 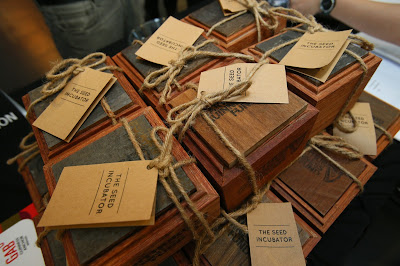 The door gifts for the evening, these Seed Incubators are made from upcycled wood flooring, homegrown organic seeds and is a colloborative effort between the Arthur Guinness Fund recipients, Bigi Bigi Initiative and Eats, Shoots, Roots.

Since its inception in 2009, Arthur’s Day not only celebrates a legendary brew and its maker, but his legacy of goodness through the Arthur Guinness Fund. Since then, the brand has committed more than €7Million in support of social entrepreneurs around the world. In Malaysia, about RM240, 000 worth of funding were given out to 6 Malaysian social enterprises from the 2012 Arthur Guinness Fund (AGF) in partnership with the British Council Malaysia. This year, GUINNESS® plans to continue its support and champion Malaysian social innovators of our generation with the launch of AGF Entrepreneurs for Good, Year 2 program. 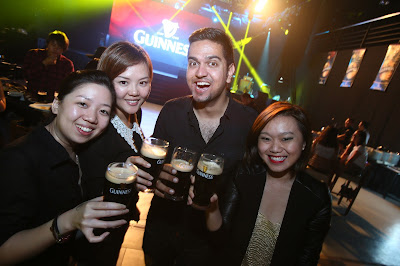 Members of the media and Guinness Fans at the rocking kick off party.

With a bold line-up of international acts, the remarkable arTHURSDAY parties and promotions happening nationwide, watch out for a truly remarkable GUINNESS® Music experience again this year. To find out more, stay logged on to www.facebook.com/guinnessmalaysia to be the first to know about the exciting activities coming up this Arthur’s Day™ and visit www.arthursday.com.my to find out on how you can get your hands on some exclusive Arthurs Day 2013 tickets!
The Arthur’s Day 2013 concert is organized in partnership with Six Fingers Events Management, while E! News Asia and AMP Networks join as official TV and Radio partners.

Month Long Parties and Promotions To Arthur!
The Arthur’s Day™ celebrations will see the return of the GUINNESS® arTHURSDAY Parties, starting from 29 August 2013 at selected outlets nationwide in the lead up to the main Arthur’s Day concert scheduled to take place in September. The parties will feature special activities and promotions on your favourite black brew along with exclusive limited edition Arthur’s Day merchandise up for grabs.

For all GUINNESS® collectors out there, buy 1 bucket of GUINNESS® Foreign Extra Stout or 4 full pints or 6 half pints of GUINNESS® Draught and get your hands on the exclusive GUINNESS® Arthur’s Day Earphones. Promotions begin on 1st September 2013 and you can get it at your favorite neighborhood bar! 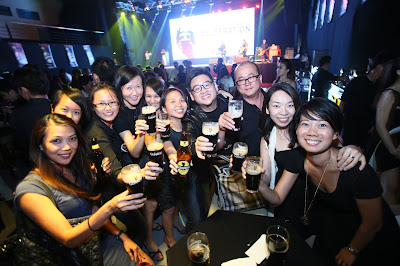 Guinness fans and friends at the Arthur’s Day Launch Party

Also, throughout the month long celebrations, other promotions at your local coffee shops and restaurants include the Limited Edition GUINNESS® Power Bank, when you collect all 12 liners bottle caps of the GUINNESS® Quart Bottles. Not forgetting the GUINNESS® Arthur’s Day Fridge Magnet Bottle Opener, when you purchase a 6-can pack of Guinness Stout at participating supermarket and hypermarkets.

So, be sure to drop by your favorite hangout spot and raise a pint with your mates ‘To Arthur’ for a truly remarkable GUINNESS® experience this September. Stay logged on to www.facebook.com/guinnessmalaysia to find out more on an arTHURSDAY party happening near you or visit www.arthursday.com.my to get your hands on Arthur’s Day tickets!

Arthur Guinness Fund 2013: Making a Difference in Communities around the world 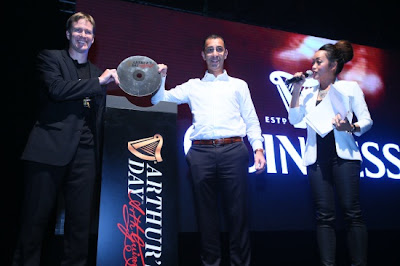 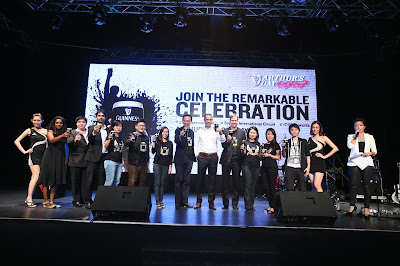 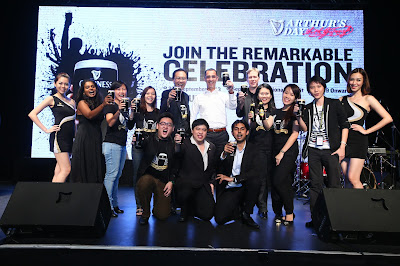 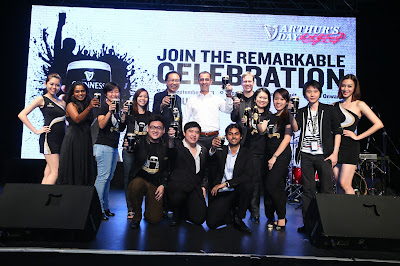 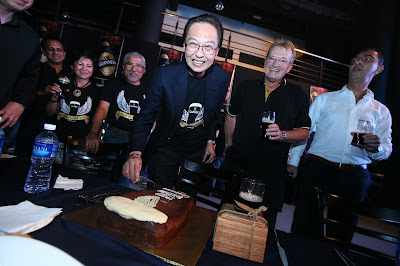 Dato Saw Choo Boon, Chairman of the Board of Directors, GAB was all smiles as he celebrated his birthday at the Arthur’s Day Launch Party. His birthday cake shaped in a Guinness mug with a cream top was presented. Board of Directors and Management Team of Guinness Anchor Berhad watch and cheer him on. 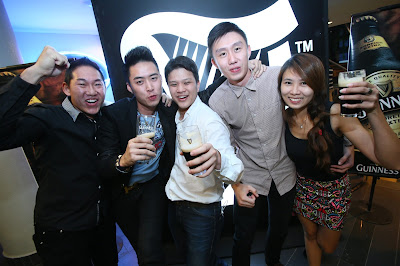 Bryan Loo, CEO of Chatime (Second from left) and friends having a ball at the launch party. 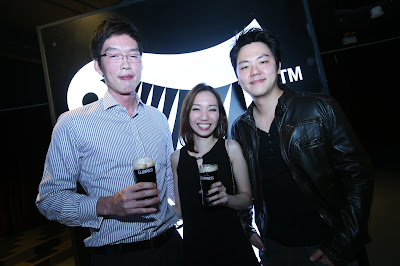 (Third from left) Joel Neoh, CEO of Groupon and his friends graced us with their presence at the launch party 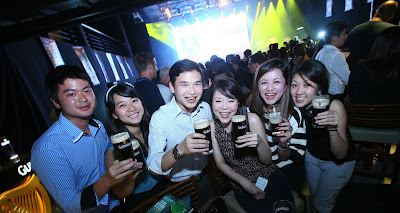 With a pint in hand, Guinness fans are all smiles as the night went on 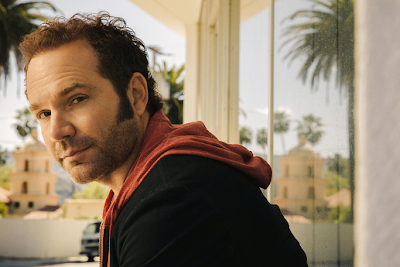 Five for Fighting
“I am very excited to be a part of the Arthur's Day celebrations in Malaysia! Join me and millions around the world as we toast to one of the boldest man in history, Arthur Guinness and to those like him, the Arthur Guinness fund awardees, my comrades that will be rocking the Arthur’s Day stage this year and all of you fans out there! To Arthur!“ 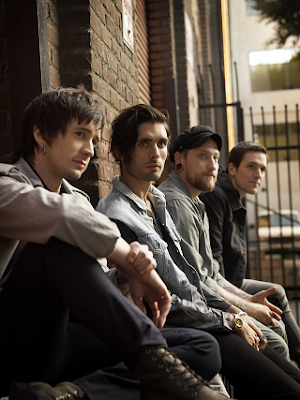 All American Rejects
“Arthur’s Day is going to be one hell of ride and we have an exciting gig prepared especially for you, our Malaysian fans. We really appreciate the Arthur’s Day message on social entrepreneurship and how the Arthur Guinness fund has made an impact on thousands of people around the world. We are glad to be part of the celebrations this year in tribute to his unbelievable legacy.” 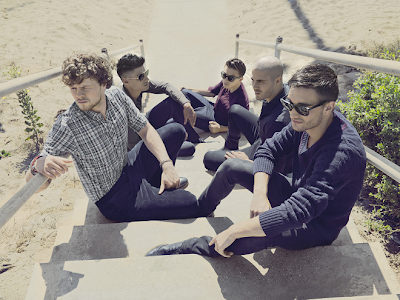 The Wanted
“We’re excited to be part of the Malaysian celebrations happening at Sepang International Circuit on the 27th of September 2013! We’re ready along with our comrades Five for Fighting and All American Rejects to rock the Arthur’s day stage this year as we pay tribute to Arthur Guinness and his legacy of goodness. To Arthur!“

GAB recently launched the DS mobile application, the first in Malaysia, to give consumers access to information at their fingertips so that they can make informed choices should they choose to drink alcohol. The DS download is available for iPhones and android phones. Also available is the web-based lite version for blackberry and feature phones with web access. For more information, please go to www.drinksensibly.com.my.

About GUINNESS®
First brewed in 1759, GUINNESS®, the world’s favourite stout has a rich and enduring heritage. Having been in South East Asia for more than 100 years, this iconic black brew is today brewed in 51 countries and sold in 151 countries. GUINNESS® has over 85% share of the stout market in Malaysia.

About GUINNESS® Anchor Berhad (GAB)
GAB with its portfolio of iconic, international brands, is the leading brewer in Malaysia. GAB brews, markets and distributes:

Listed on the Main Market of Bursa Malaysia, GAB’s principal shareholder is GAPL Pte Ltd based in Singapore. GAPL Pte Ltd is a joint venture company whose ultimate owners are Diageo PLC, a company incorporated in England and Wales, and Asia Pacific Breweries Ltd, a company incorporated in Singapore, which in turn is also subsidiary of Heineken NV. Guinness Anchor Marketing Sdn Bhd is a 100% owned subsidiary of GAB. 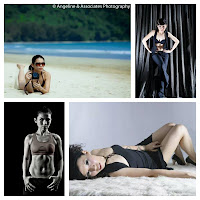 Everydayfoodilove.co/ angeline-ong-yoga.blogspot.com. Thank you for reading our posts. Our team media coverage touches mostly on lifestyle events and focuses on happening scenes in Kuala Lumpur and Kota Kinabalu. Invite us for food reviews, travel and hotel reviews, KL clubbing reviews and product launches. Our other interests include the movies, technology and photography. Subscribe to my facebook page. Contact us via my email at: angel_line78@hotmail.com or monicaong@hotmail.com
Entertainment Event GAB Kuala Lumpur Liquor Non-Halal