After four days of fun festivities, the 14th annual King’s Cup Elephant Polo Tournament came to a close on Sunday 13th March, coinciding with Thailand’s National Elephant Day. Ten teams with players from around the world, including Miss Thailand, the New Zealand All Blacks rugby players and professional polo players created many memorable on (and off) pitch moments. 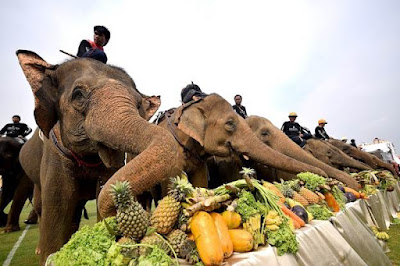 A total of 20 unemployed ex-street elephants took part in this year’s tournament, during which time they received full veterinary checks from the Zoological Parks Organisation of Thailand (under the patronage of HM the King of Thailand) and the Department of Livestock Development. In addition, all elephants were given essential vitamins, food and care which are not available to them during their normal daily lives. 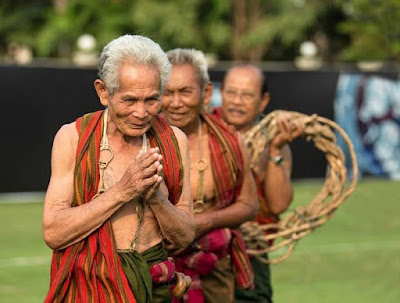 The tournament was introduced to Thailand in 2001 by Anantara Hotels, Resorts and Spas and has grown to become one of the biggest charitable events in the Kingdom, raising funds for projects that better the lives of Thailand’s elephant population. THB15 million has been raised this year taking the total raised to date to an impressive THB 47 million (US$1,300,000) 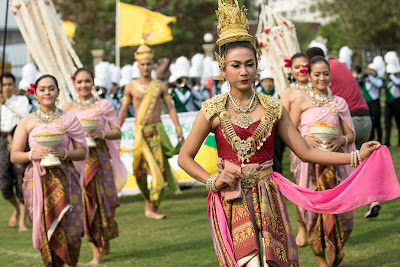 The money raised from the 2016 tournament will be donated to a variety of elephant related projects including funding a new mobile clinic in Mae Teang, Chiang Mai Province which has the largest concentration of trekking camps in Thailand. Funds will also be donated to the Zoological Parks Organisation of Thailand to support projects to improve the year round lives of the 200 elephants and mahouts in Ban Ta Klang, in Surin Province where the ex-street elephants face ongoing hardship. 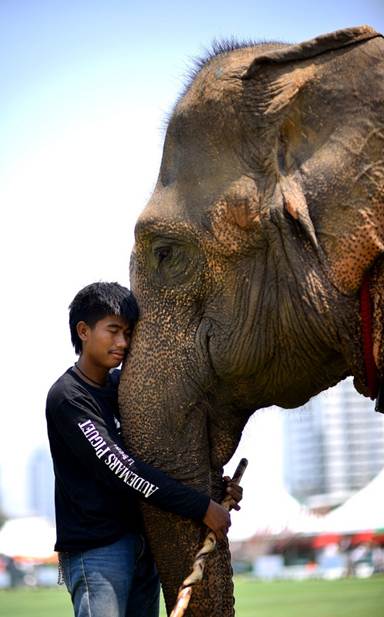 Other significant benefits from the money raised by the tournament include: the ongoing Thai Elephant Therapy Project which has been underway since 2009 in conjunction with Chiang Mai University’s Department of Occupational Therapy, with future clinics to include children with Down’s syndrome and other conditions. A THB 500,000 gantry to help lame elephants stand, donated to the Thai Elephant Conservation Centre (TECC); 4,000 trees planted in Hua Hin for elephant corridors to stop farmer/elephant conflicts; funding a conservation curriculum for schools to teach children the importance of conservation and protection of wild elephants in Thailand and funding Asia’s first workshop to show traditional elephant trainers and camp owners the benefits of Positive Reinforcement Training for captive elephants. 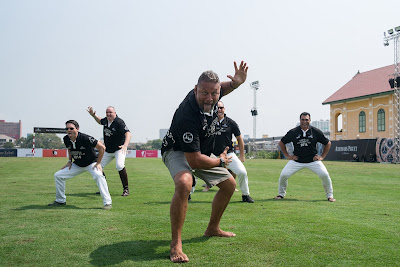 The event has something for everyone, kicking off with a spectacular opening parade, with the opening ceremony overseen by Thailand’s last ‘elephant spirit men’ (Kruba Yai), traditional dancers, plus the daily trunk-to-trunk action on the pitch. 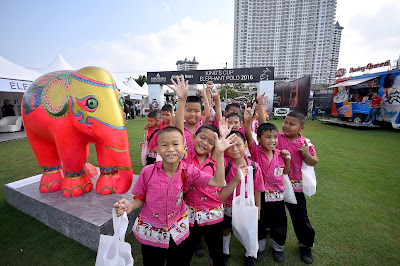 Day two saw the tournament host one thousand children from schools all over Bangkok. Known as Chang Noi Day (Little Elephant Day), the children were invited to get up close with the elephants and learn more about their national animal. A range of educational walks, games and activities all teaching the benefits of elephant conservation and wellbeing were showcased by the organisers. 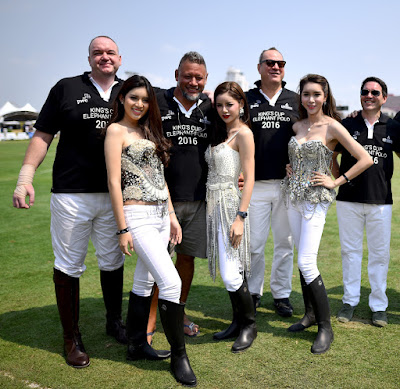 Saturday was ‘Ladies Day’ known as ‘Bangkok’s Ascot’ where ladies from all walks of life dressed to impress with the best dressed lady winning major prizes including a trip to Paris. On pitch, an exhibition penalty shoot off between the New Zealand All Blacks rugby players Olo Brown, Robin Brooke and Charles Riechelmann and Thailand’s most famous trans-gender cabaret show members Miss Tiffany – the All Black’s showing their sporting prowess by winning 2-0. 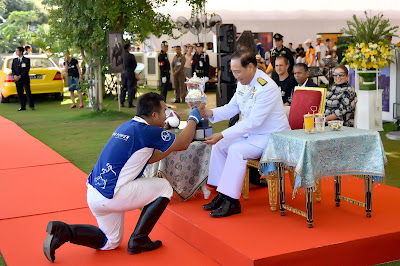 The highly anticipated final was presided over by the King of Thailand’s Royal representative, H.E. Privy Councilor, Air Chief Marshal Chalit Pukbhasuk. Reigning champions King Power went head to head with rival team Rueang Chang in the finals and managed to retain the coveted King’s Cup trophy by scoring two goals in the dying moments of the match, resulting in a final score of 9-7.

Everydayfoodilove.co/ angeline-ong-yoga.blogspot.com. Thank you for reading our posts. Our team media coverage touches mostly on lifestyle events and focuses on happening scenes in Kuala Lumpur and Kota Kinabalu. Invite us for food reviews, travel and hotel reviews, KL clubbing reviews and product launches. Our other interests include the movies, technology and photography. Subscribe to my facebook page. Contact us via my email at: [email protected] or [email protected]
Advertorial Anantara Charity Thailand