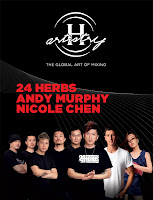 H-Artistry returns this year with the first Global Art of Mixing party slated for Penang, promising an elevated experience revolving around H-Artistry’s trademark offering: an unmatched, super-clubbing experience featuring a sensational mix of sight, sound and taste. The first of two H-Artistry events planned for 2013 will be taking over the Penang Island this 25 May, at the newly refurbished SPICE (Subterranean Penang International Convention and Exhibition Centre) formerly known as PISA (Penang International Sports Arena). 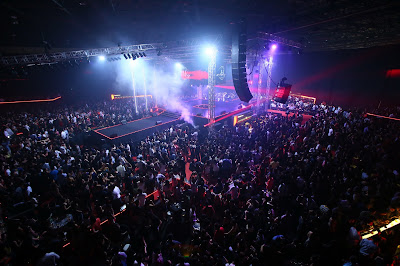 H-Artistry at MIECC last year proved to be a stellar party with a phenomenal setup and fantastic performances – a sensational experience which party goers can look forward to as we gear up for 2013’s first H-Artistry installment!
Stepping into its sixth year running since 2008, H-Artistry will be elevating the premier super-club experience to next-level proportions this May. The event will feature a never-before-seen set up, unlike any previous H-Artistry events, with the party starting as soon as revelers step into the enclave. This year’s no-frills super-club experience will be bolstered by the staple Hennessy Mixing Bars, which will serve the four trailblazers of all H-Artistry events – the signature Hennessy V.S.O.P long drinks: Hennessy Apple, Hennessy Berry, Hennessy Ginger and Hennessy Soda. 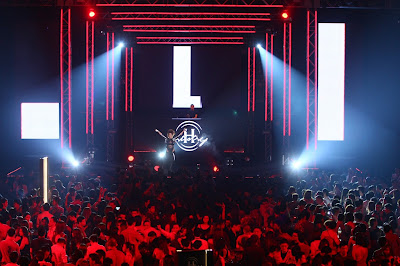 Eva Simons rocking H-Artistry at KWC last September.
The H-Artistry stage will see a line-up of exciting local, regional and international acts, which will treat Penang revelers to a stellar mix of music styles and genres all through the night. H-Artistry will also feature two solid sets of pumping dance music, which will be administered respectively by one of Kuala Lumpur’s most promising indie/electronic acts, as well as an Australian DJ who is no stranger to stages of international dance music festivals. 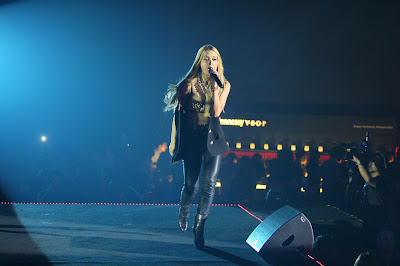 Havana Brown’s performance last November at H-Artistry was nothing short of pure energy. Get ready for even better performances this year, as H-Artistry is promising an elevated experience and a sensational mix of sight, taste and sound.
Access to H-Artistry is by invite only. Party goers will be able to obtain passes from the H-Artistry Ambassadors stationed at selected entertainment outlets by participating in the ongoing Hennessy V.S.O.P bottle promotions. Every bottle of Hennessy V.S.O.P purchased will come with two (2) invites to H-Artistry, while a purchase of two (2) bottles will come with five (5) tickets. 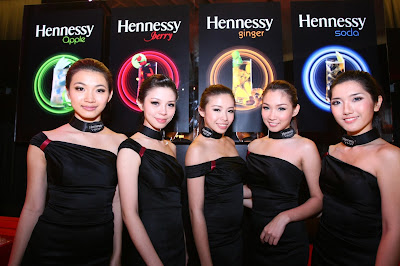 Invites can only be obtained from the H-Artistry Ambassadors stationed at participating outlets at specific times, so be sure to check out the full scheduling details, as well as updates on the upcoming H-Artistry event by visiting www.h-artistry.com.my. 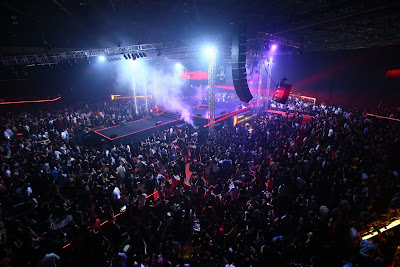 BACKGROUNDER: WHAT IS H-ARTISTRY ALL ABOUT?
Creating, quite literally, a super-club experience
Since its inception in 2008, H-Artistry set out with one clear goal – to deliver an unmatched, premium super-club experience through the Global Art of Mixing platform, which promises a phenomenal mix of sights, tastes and sounds at each H-Artistry party. H-Artistry has grown from being held at multiple club venues to large-scale independent venues, with world-class production and elaborate preparations to deliver that premium party experience.

H-Artistry events have been among the most anticipated parties in the yearly nightlife calender, and naturally, access to H-Artistry parties is exclusive and limited. Come each H-Artistry, consumers will get to score tickets through various promotions, contests as well as interactive engagements on www.h-artistry.com.my. Primarily, H-Artistry rewards discerning partygoers who know how to enjoy a party with Hennessy V.S.O.P, via invites distributed with each bottle purchase at selected clubs ahead of every H-Artistry party. Due to the nature of the event, H-Artistry is open to non-Muslims only. 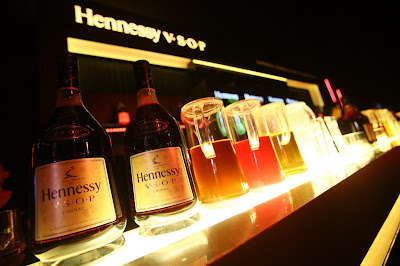 Partying with the Superior Cognac
Cognac has been making its way into nightspots, parties, and glitzy VIP clubs around the world over the past years, with Hennessy becoming somewhat synonymous to premium party culture in places like Shanghai, Hong Kong, Hanoi, Chicago and New York among many other destinations. As the idea of “mainstream” becomes less and less appealing, the notion of Cognac as the exclusive party drink has been catching on, not merely among hip hop celebrities, or in rap music lyrics but also in party scenes around the world.
Enter Hennessy V.S.O.P – the world’s most loved Cognac, served in the form of signature Hennessy V.S.O.P long drinks: Hennessy Apple, Hennessy Berry, Hennessy Ginger and Hennessy Soda at all H-Artistry events. 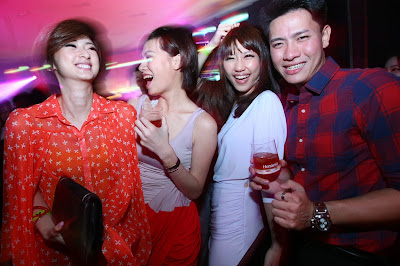 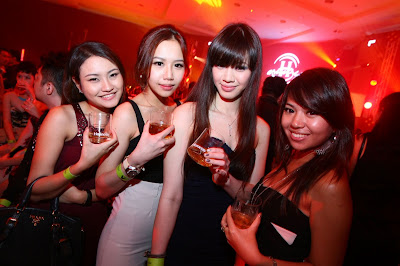 Last year, 6 busses were commissioned to ferry partygoers from locations around the Klang Valley to the H-Artistry venue at Mines Resort City, for free. More than 500 taxis were on call via dedicated phone and online booking services, ready to take passengers to and fro H-Artistry in November last year. A taxi concierge was also set up at the event venue to help partygoers catch a ride home. 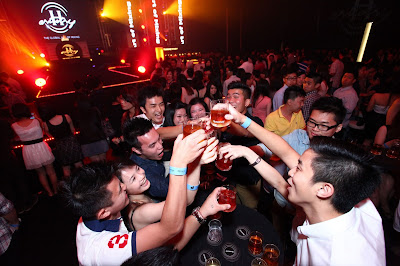 Aside from transportation, responsible drinking at the event is also encouraged through several measures. A coupon system comes into play to limit the redemption of Hennessy V.S.O.P long drinks at the Hennessy Mixing Bars come midnight, while complimentary mineral water bottles are also given out throughout the night at every H-Artistry event. All these initiatives, among others, will be continued and further improved at both H-Artistry parties planned for 2013. 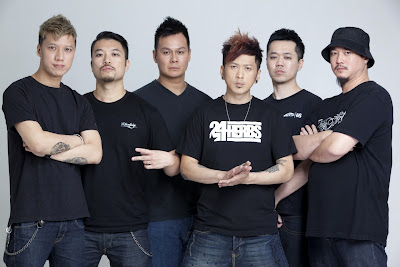 H-ARTISTRY @ SPICE, PENANG: THE ACTS (EMBARGO TILL 1 MAY 2013)
24HERBS (廿四味) – HIP HOP – HONG KONG
24HERBS (廿四味) is a six piece collective of dynamic and progressive individuals, who make up one of the edgiest and most energetic hip hop groups of recent times in Chinese entertainment. 24HERBS (廿四味) released their first, self-titled album in 2008, with a hit single “Respect Tou PK” that made radio chart shows and propelled the group into winning a Hong Kong Annual Commercial Radio award in 2008. The album featured collaborations with various artists such as Sammi Cheng and Chermaine Fong. Their collaboration with Sammi Cheng entitled “Forgiveness” was recognized at the Hong Kong Digital Media Awards.
Their second album entitled “Bring It On” took the industry by storm with 17 tracks and several star-studded collaborations with the likes of Janice Vidal and Paul Wong. Aside from studio work, the group performs at various events, concerts and festivals. 24HERBS is also active in showbiz, having written and performed the theme song of the film “Once a Gangster”, which was directed by the acclaimed Felix Chong. 24HERBS also guest stared in the film itself.

As a commercial group of musicians, 24HERBS still maintains their individuality to bring a blend of edgy, distinctive and alternative music into the industry. 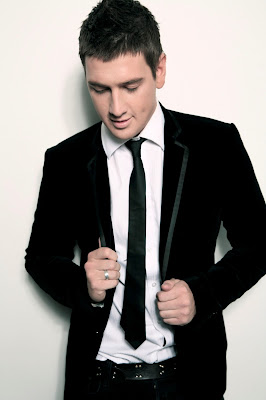 ANDY MURPHY – ELECTRONICA – AUSTRALIA
Andy Murphy is one of Australia’s most prolific young DJs, constantly touring the world and making appearances in clubs, events and international dance music festivals, such as Stereosonic, Future Music Festival, Summadayze, Fall Festival and Creamfields, among many others. His talent has also taken him to Miami, New York and Los Angeles where he played at Steve Aoki’s infamous Dim Mak. Most recently, Andy Murphy also graced the Global Art of Mixing stage in Taiwan last year, where he played at Hennessy Artistry and collaborated with Korean-Canadian artist G.NA to deliver a show-stopping performance.
Back in Australia, Andy Murphy tours the country as a part of Australia’s biggest club brand “Onelove”. He also finds time to hit the studio, having put out multiple tracks that have gained widespread approval. His singles “Music Master” and “Reach for the Lazers” established a presence in club and dance charts upon release, quickly becoming club staples in Australia and beyond. In 2009, Andy Murphy was involved in the production of Citylife’s single “San Francisco” which received regular airplay on Nova. 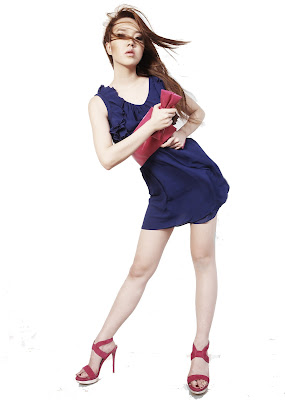 NICOLE CHEN – DANCE – SINGAPORE
Nicole Chen is one of the most prominent DJ personalities in Singapore, known for her energetic and electrifying up-tempo electro-house / dirty-dutch sets. The former Miss Earth Singapore 2007 found her calling in electronic dance music and honed her DJing craft for six years, a journey which took her from Singapore to Melbourne, Sydney and eventually New York City, where she immersed herself in music production at Dubspot, known for being the world’s premier electronic music and DJ school in the world.
Her outstanding talent and ear for music has taken her around the world to play at festivals, VIP events, clubs and openings. Her portfolio includes opening for huge international names which include Steve Aoki, Benny Benassi, Felix the Housecat and more. 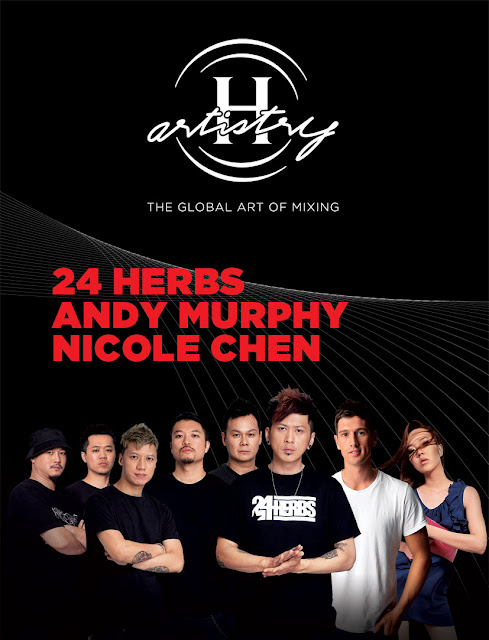 ALEX ASQUARED – INDIE / DISCO / DANCE – KUALA LUMPUR (OPENING ACT)
Alex Asquared is one part of Deer Society – a DJ trio that has garnered a cult following in Kuala Lumpur thanks to their distinctive indie and nu-disco sets. Taking on the role of a “culture collective”, Deer Society has been creating waves in the music, arts and party scene in KL with their events and approach, hitting the right notes with clubbers and music lovers who have been looking for an alternative club/party experience. Individually, Asquared is known for his versatility in delivering cross genre sets that are unique and madly appealing. His signature beats cover the genres of nu-disco, ghetto, indie-dance and tech house, a fantastic addition to H-Artistry’s Global Art of Mixing platform.

Everydayfoodilove.co/ angeline-ong-yoga.blogspot.com. Thank you for reading our posts. Our team media coverage touches mostly on lifestyle events and focuses on happening scenes in Kuala Lumpur and Kota Kinabalu. Invite us for food reviews, travel and hotel reviews, KL clubbing reviews and product launches. Our other interests include the movies, technology and photography. Subscribe to my facebook page. Contact us via my email at: [email protected] or [email protected]
Advertorial Event Kuala Lumpur Liquor Music