INTERVIEW WITH SCOREBOARD LEADER GABIT: Brotherhood Rivalry Only On Track

With the grand finale of FIM Asia Supermoto Championship 2016 creeping up around the corner, we spoke to the Open International Class and Asian Class scoreboard leader, Muhd Habibullah, or better known as #27 Gabit, on his thoughts about the upcoming race. 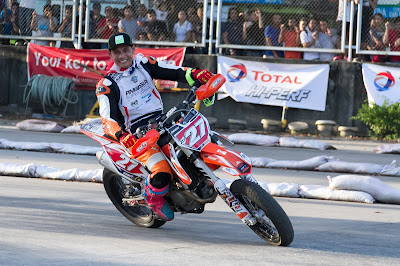 1. How’s your preparation coming along?
I feel good and ready. I’ve gotten enough practice, my bike is ready, the settings are all dialled in, and it’s in its best condition since Philippine’s race. Now it’s just up to the weather conditions on the actual race day. The weather forecast for this weekend is sees some rain so I have my rain tyres ready, and I’ve also been training for a wet race.

2. Are you doing anything different to prepare for this round compared to the previous rounds?
I’ve gotten a lot more practice this time around on my actual race bike compared to the previous rounds because the motorcycle is usually stored away in the container and I get most of my practice in on a motocross bike. For this round, I’ve gotten my hands on my race bike much earlier and even managed to squeeze in some practice sessions in the rain. We’ve already dialled in the bike’s suspension settings and everything else, so the bike is ready to go. It’s just the sprocket settings that’s left now. 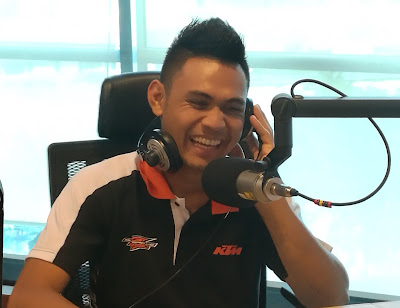 3. What are your thoughts about the upcoming track?
The track is relatively straightforward and easy, but the straight section is much longer than usual, and we’ll be hitting higher top speeds. So I will need to carefully take my time and figure out the right sprocket settings during the practice session. I am riding the new KTM 450 SX-F model which only has four gears. It wasn’t a problem for the previous tracks as they were all short but it might pose an issue for me on the long Shah Alam track.

4. The 450 SX-F that you’re riding is KTM’s new 2017 model. What are some of the new features that you like?
The new model lets you switch between two mappings on the fly. The first mapping is pretty standard and meant for less aggressive riding while the second mapping is more powerful and meant for more aggressive riding. This new system gives me more confidence when I’m racing. What I like most about this bike is the Launch Control. With the Launch Control, I don’t have to worry about controlling my throttle at the start; I can just go full throttle, and it will work in conjunction with the Traction Control to automatically regulate the power delivery. It’s much easier to start, and this is an added advantage for me. Also, the Traction Control reduces the chance of me high-siding, this is particularly useful in the rain. 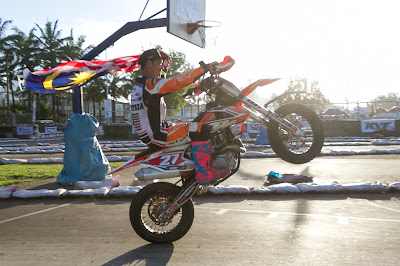 5. How does it feel to compete against your brother, Gaban?
At home and anywhere else, he is my brother but on the track I see him as my rival, a very close one. There is no context of siblinghood when we’re out on the track racing in the same category. This rivalry drives us to compete even harder. I can’t be seeing him as my brother on the track because when that happens, you start to think. Okay, maybe I shouldn’t go too fast in this corner because I might hit my brother. No, we don’t care, we just hit each other if we have to! (laughs)

Gabit will be competing against 20 top international riders from 18 countries who will try to steal his chance from winning the overall championship title. Remember to join us at Stadium Shah Alam, from 9AM to 6PM daily, on the 17 and 18 December 2016 for the grand finale of the FIM Asia Supermoto Championship 2016.