It was a roaring success for Tiger Beer, the world’s No. 1 international Asian beer, when the brand won the silver award in the ‘Beverage-Alcoholic’ category at the Putra Brand Awards 2015. Introduced in 2010 as an extension of the Malaysia's Most Valuable Brands (MMVB) programme, this prestigious annual brand valuation and recognition exercise is organised by the Association of Accredited Advertising Agents Malaysia (AAAA). 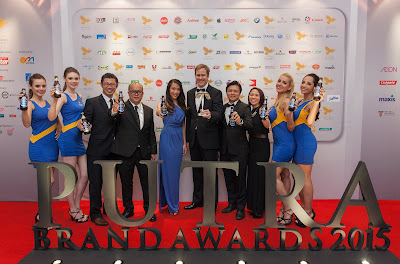 "We are honoured to receive the silver award, as this recognition is truly a testament to the quality of work we've been doing over the years. To further solidify our position as one of the leading beer brand in Malaysia, we recognise the importance to constantly innovate to excite your consumers. Tiger Radler represents yet another innovative way of how we keep the Tiger Beer brand refreshing for our discerning drinkers,” said Jessie Chuah, Marketing Manager for Tiger Beer.

“Apart from product innovations, Tiger Beer continues to uphold its iconic brand image by consistently engaging consumers through their passion points for music, art, football and food. We aspire to set our brands apart by allowing consumers to experience the brand through dynamic and unconventional campaigns such as Tiger Translate, Tiger FC Big Away Games and the newly launched Tiger Bites.”

Tiger Bites is a new campaign which challenges foodies to uncage the secret street food havens throughout Malaysia. Malaysians can participate in the campaign by creating a trail for others to follow as they uncover hidden food gems via www.tigerbites.com.my. All they have to do is to sign up and start dropping pins along their way. Their efforts will be rewarded as exciting prizes await those that participate in this seven-week long contest. The excitement does not end there. In celebration of this new campaign and to all that have generously shared their pins, Tiger Bites will throw an exclusive festival filled with the finest street food with ice cold Tiger Beers as accompaniment. Sounds appetising?

Earlier in May, Tiger Translate, a platform that champions creativity in art and music, returned bolder and edgier the second time around. The event, which debuted last year, has already established itself globally as an arena that features unconventional collaborations of art and music. The adaptation here is no different as Tiger Translate continues to showcase creative “east meets west” efforts by local and international artists. The finale, showcased a strong collection of alternative art by local artist Nicholas Choong and Louise Low, Thailand’s Rukkit Kuanhawate, Hong Kong’s Parent’s Parents, as well as contemporary Malaysia-based Andrew T-Crum. On the music front, Tiger Translate assembled an amazing line-up of indie musicians from near and far including homegrown artists Twilight Action Girl and rock band Love Me Butch, My Little Airport (Hong Kong), Wonfu (Taiwan), and British acts Tim Exile and Blood Red Shoes.

For more information of Tiger Beer and its events, log on to www.facebook.com/TigerBeerMY 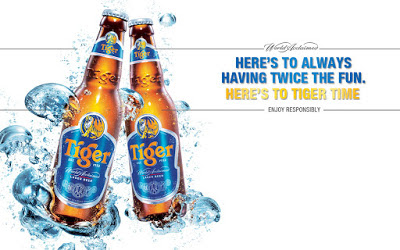 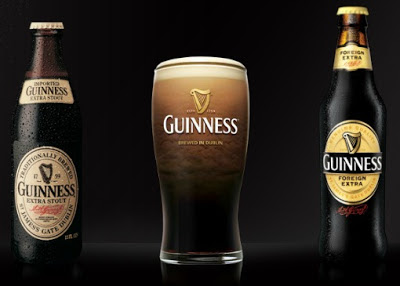 About Guinness Anchor Berhad (GAB)
GAB with its portfolio of iconic international brands, is the leading brewer in Malaysia. GAB Group brews, markets and distributes:

Everydayfoodilove.co/ angeline-ong-yoga.blogspot.com. Thank you for reading our posts. Our team media coverage touches mostly on lifestyle events and focuses on happening scenes in Kuala Lumpur and Kota Kinabalu. Invite us for food reviews, travel and hotel reviews, KL clubbing reviews and product launches. Our other interests include the movies, technology and photography. Subscribe to my facebook page. Contact us via my email at: angel_line78@hotmail.com or monicaong@hotmail.com
Event GAB Kuala Lumpur Non-Halal Tiger