The global manufacturer of Satin ice Rolled Fondant, and the leading commercial producer of rolled fondant in North America, Satin Fine Foods has requested for Rosalind Chan, Malaysia’s International Celebrity Chef to be its brand ambassador. Owner and Founder of Malaysia’s International Centre of Cake Artistry and SugarTiers in Canada, Rosalind Chan was also conferred the prestigious “A Satin Ice Artist of Excellence” award which is bestowed upon an accomplished cake artist of outstanding reputation. 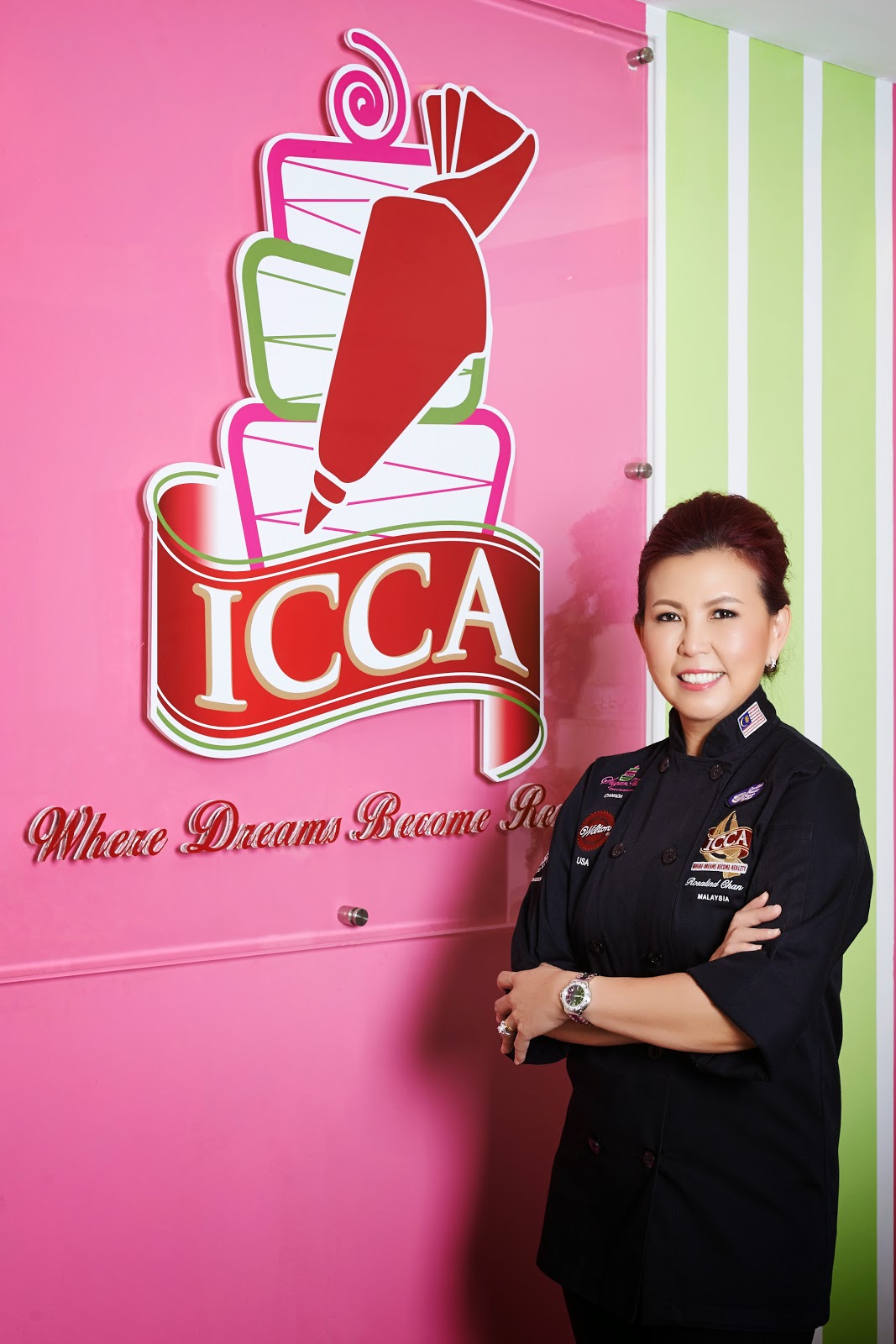 “I am deeply honoured to represent such a prestigious global brand which exudes such high quality and excellence in the baking world, and it certainly inspires me to continue to perform the best I can to sustain the eminence of this prominent brand,” said Celebrity Chef Rosalind Chan.

“I have always encouraged my students and friends to use Satin Fine Foods products, as I myself find it really an excellent brand in terms of the quality of its products with fine ingredients and of course it is definitely a product that brings about solid decorative facets, being very easy to use,” she added.

A Certified Master Sugar Artist, she was recently nominated as an outstanding and worthy candidate for the 2013 RBC Canadian Women Entrepreneur Awards.

Most recently, Rosalind was invited to star in ‘Storage Wars’ and ‘Four Senses’, by local Canadian TV Production houses. The programme will be aired sometime late fall or end of the year

She was inducted into the President’s Club at Wilton USA, which is the second highest recognition or level in the Wilton Hall of Fame. She was requested to be a judge at the 2011 Canadian Good Food Festival together with no other than Food Network’s Celebrity Star, Duff Goldman of Ace of Cakes.

She also met up with Buddy of Food Network’s Cake Boss in Toronto during his recent tour to Canada.

In 2013, she was awarded the “Best 2013 Cake Designer in Markham, Ontario and Top 10 Best Cake Designers in Canada from the Wedding Industry Experts (Canada). In November of 2013 she was featured in Canadian Teresa Kruze’s number one best seller book on Amazon “The In-Credibility Factor” which featured the top 13 entrepreneurs in Canada.

She was also featured on “Ask the Experts” an online video by Four Weddings Canada production house.

In the Fall of this year (2014), her first cake decorating book to be published by Whitecap Publishing Co. (Canada) will be launched and distributed around the world. In conjunction with the launch of her first book, Rosalind has also developed and created her own first set of stainless steel modelling tools which will also be available for sale as of October 2014 at her outlet in Kota Damansara (ICCA). Besides this, Rosalind has also developed and designed her own sets of non stick mats which are heat resistant to be used for sugarcraft work as well as for French macarons. 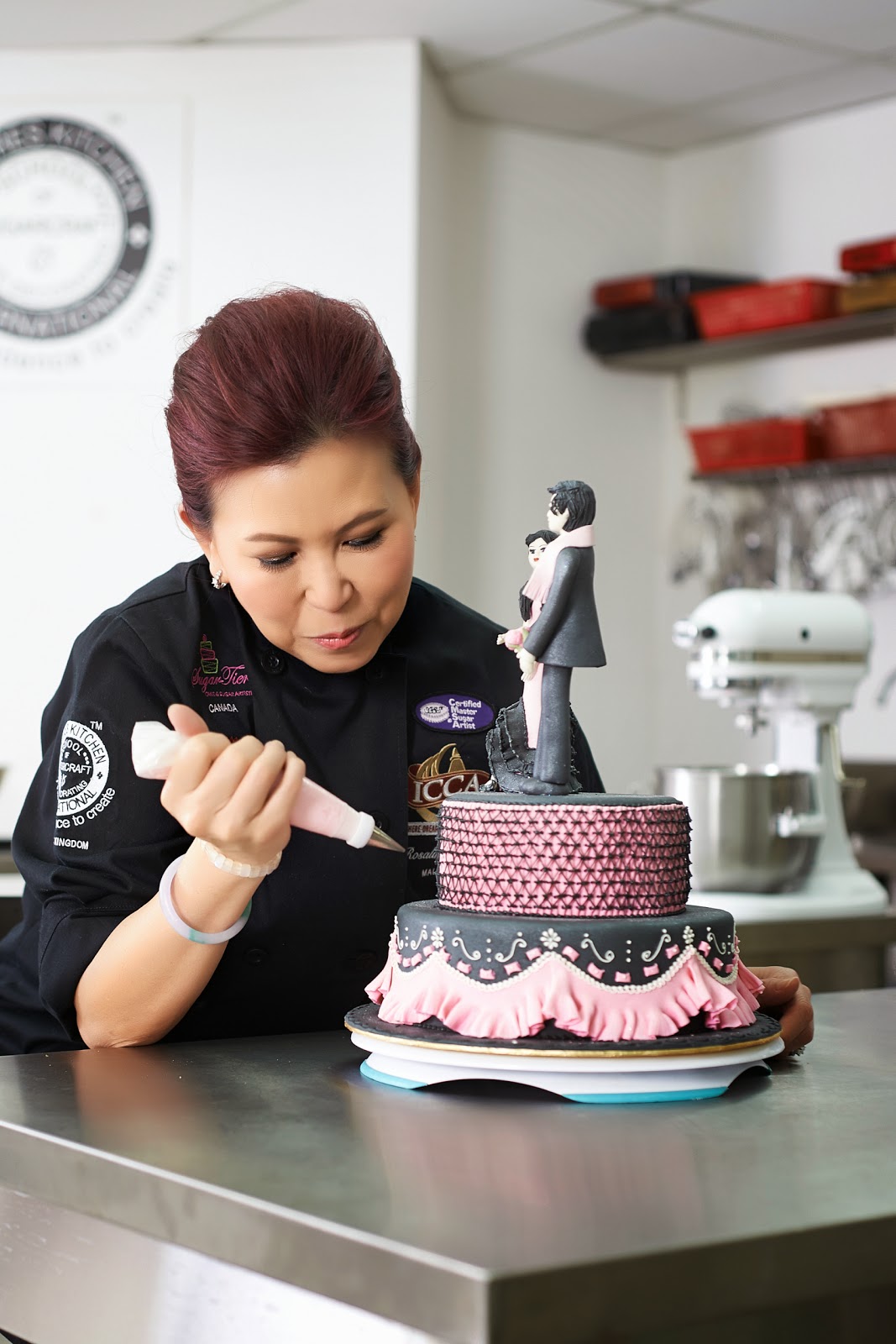 She is a member of solid standing with the British Sugarcraft Guild, Canadian Society of Sugar Artistry, Canadian Pastry Chefs Guild as well as a regular demonstrator and adjudicator for the International Cake Exploration Societe(ICES) in the United States.

Everydayfoodilove.co/ angeline-ong-yoga.blogspot.com. Thank you for reading our posts. Our team media coverage touches mostly on lifestyle events and focuses on happening scenes in Kuala Lumpur and Kota Kinabalu. Invite us for food reviews, travel and hotel reviews, KL clubbing reviews and product launches. Our other interests include the movies, technology and photography. Subscribe to my facebook page. Contact us via my email at: angel_line78@hotmail.com or monicaong@hotmail.com or ronco_17@hotmail.com
Advertorial Cake Event Kuala Lumpur