AFC Premieres A One-Hour Special Original Production Featuring Japanese Celebrity Chef of AFC Fame, Sho Naganuma in June 2013! On Monday, 17 June at 10.00pm, The Asian Food Channel (AFC) will premiere its newest addition to the One Night Series to its 130 million viewers in twelve countries. Foodies in Malaysia can catch Japanese chef, Sho Naganuma as he takes on the herculean challenge of cooking seven (7) prestigious dinners over the course of seven (7) days in this exciting AFC Original Production. The programme, ‘One Night in Langkawi - Sho Naganuma’, will air nationwide in Malaysia on Astro, Channel 703. 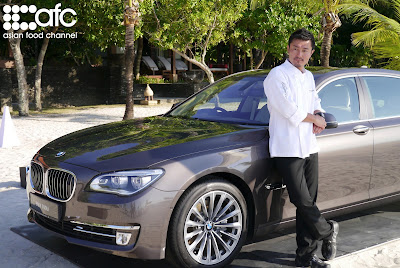 The one-hour episode (1x60mins), which was filmed in collaboration with BMW Malaysia, is set against the backdrop of the beautiful Four Seasons Resort Langkawi. In such a luxurious setting, Chef Sho Naganuma, is tasked to cook seven grand beachfront dinners over seven days for the launch of BMW’s latest seven series car. After years of working in world-class kitchens, and holding the role of Executive Chef at Hide Yamamato restaurant, an exclusive multi-concept restaurant situated at the luxurious Marina Bay Sands, Singapore, Chef Sho is used to working under pressure. However, with VIP and honourable guests flying to Langkawi to taste his signature creations, he knows that there is no room for error. Before embarking on the journey, he even takes a trip back home to Japan to seek advice and inspiration from his mentor and world-renowned chef, Hide Yamamoto. 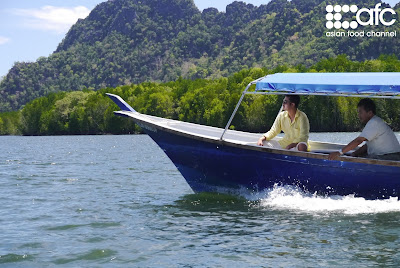 Maria Brown, Chief Executive Officer and Co-Founder of the Asian Food Channel said, “Chef Sho is a wonderful chef and we are very happy that he was able to participate in the filming of this original production. The feat of cooking seven gourmet dinners over seven days for a guest list of discerning palates is highly challenging and you can be sure that the pressure from the kitchen will be captured for everyone to see. We are excited to be able to share the beautiful landscape that Malaysian islands such as Langkawi can offer, and viewers can definitely look forward to enjoying yet another quality production from AFC’s extensive original portfolio.” 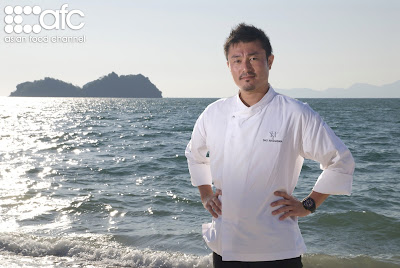 Dr. Gerhard Pils, President and CEO, BMW Group Malaysia added, “We wanted the introduction of the new BMW 7 series to be more than just an ordinary event. The BMW 7 Series is the most luxurious car BMW has to offer and when presented with such an exquisite piece of workmanship, the car deserves to be celebrated as such. World-class cuisines and luxury experiences are truly the perfect partnership and it is all too special that we at BMW Group Malaysia indulge our loyal customers with such an experience that would touch and complement their five senses. All of our esteemed guests thoroughly enjoyed the dinners and I can’t wait to share the experience with all of the AFC viewers.” 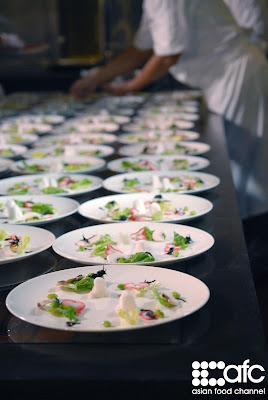 Chef Sho Naganuma’s love for food blossomed at a young age. He took his first step into the kitchen with his father at the tender age of six, who taught him how to prepare traditional Japanese dishes. It was this experience that made a lasting impression on him and helped to spark an interest, which eventually became a life-long passion. 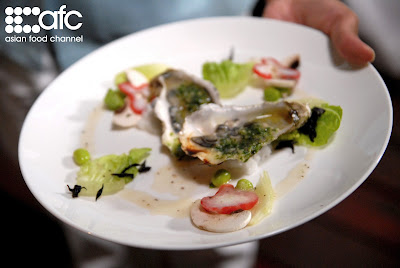 ‘One Night in Langkawi - Sho Naganuma’ is the second AFC Original Production to star this talented chef. Chef Sho first saw his television career come to life when he starred in Great Dinners of the World, which featured him and three other highly talented Asian chefs from Malaysia on their travels in France and Scotland where they cooked for influential guests and even the royalty. 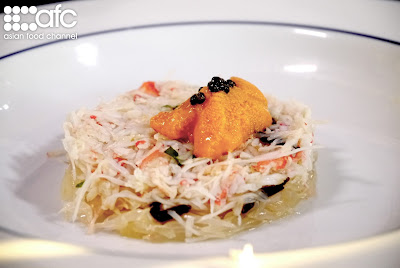 The One Night Series, filmed by AFC, documents celebrity chef’s who are at the top of their game, challenging themselves to cook world-class dinners for Asia’s elite. Don’t forget to catch the premiere of ‘One Night in Langkawi - Sho Naganuma’, exclusively on the Asian Food Channel, Monday, 17 June at 10.00pm on Astro, Channel 703. 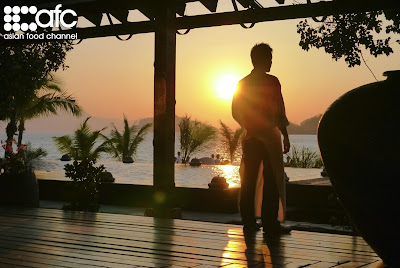 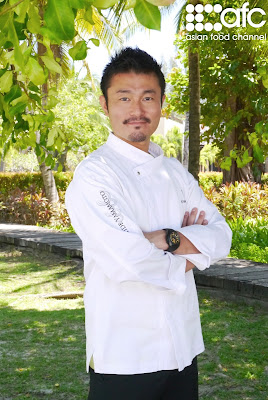 Everydayfoodilove.co/ angeline-ong-yoga.blogspot.com. Thank you for reading our posts. Our team media coverage touches mostly on lifestyle events and focuses on happening scenes in Kuala Lumpur and Kota Kinabalu. Invite us for food reviews, travel and hotel reviews, KL clubbing reviews and product launches. Our other interests include the movies, technology and photography. Subscribe to my facebook page. Contact us via my email at: angel_line78@hotmail.com or monicaong@hotmail.com
Advertorial AFC Event Japanese Food