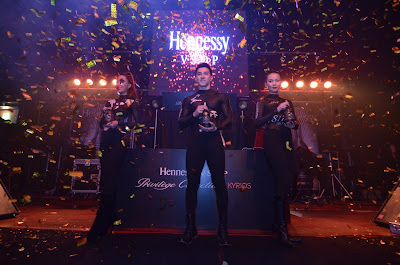 The party took on a bold, celestial theme, befitting of a celebration revolving around KYRIOS, the Guardian of the codes of Hennessy V.S.O.P. Symbolic interpretations of the five Codes of Hennessy V.S.O.P were depicted through body painted Hennessy V.S.O.P models, which became an instant photo opportunity amongst guests. Performing DJs Mr. Nasty & GuruGuru and Bangkok’s DJ Aye administered a steady flow of pulsating basslines, bringing some international dance music flavour into Kota Kinabalu’s premier nightspot. 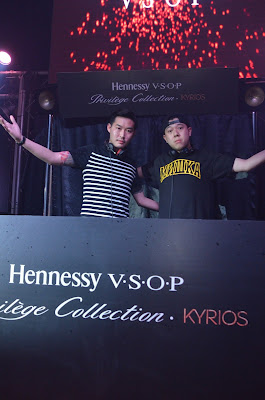 Mr. Nasty & GuruGuru
Infamous household names of the Kuala Lumpur party scene, Mr.Nasty and GuruGuru who are otherwise known as Bass Agents need no introduction. Anchoring the hipster continent of Zouk Club KL with their monthly residency at Basonic, Mr. Nasty & GuruGuru have well established their mark in the region with their complex and edgy lashings of electro, hard trance and hard style.

Known for their dirty, energetic electro house and big room tunes, their monthly parties at various locations around Kuala Lumpur such as CTRL at Zouk, Avant/Garde at Vertigo and TOP at Bakita have earned them borderline cult status and potent street cred. They also shared the H-Artistry stage at KWC with the likes of B.A.T.E., Angger Dimas, and Eva Simons in September 2012. 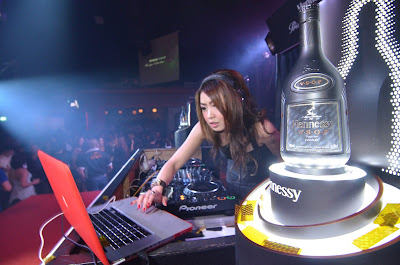 DJ Aye
DJ Aye represents the freshest sounds coming out of Bangkok in recent times, with the stunningly beautiful DJ flaunting some serious skills to match. DJ Aye is winner of the Pioneer Pro Lady DJ Championship 2012 and is on a meteoric rise, sending ripples through Bangkok’s vibrant party scene. 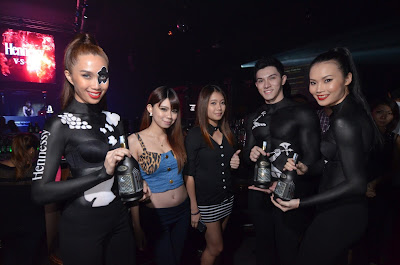 Hennessy’s series of KYRIOS parties set out in March 2013 to celebrate the nightlife launch of the Hennessy V.S.O.P KYRIOS, which is now available in entertainment outlets nationwide.

KYRIOS – Guardian of the Codes of Hennessy V.S.O.P
KYRIOS, which means “Guardian” in Greek, is the key to the codes of Hennessy V.S.O.P – elements which make Hennessy the world’s most loved V.S.O.P cognac today. KYRIOS comes after its predecessors Helios and Nyx of the Privilege Collection, this time representing a physical manifestation of the Codes: the Grapes, the emblematic “Bras Armé”, the year 1817, the Copper Colour, and the New Silhouette. 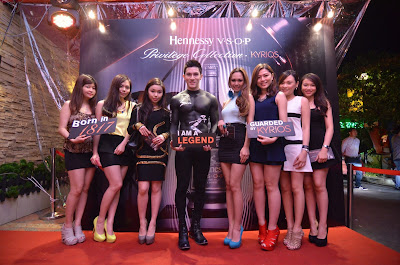 A matte, gray mantle envelopes its carafe, giving the KYRIOS a quiet, stop-and-stare evoking brilliance. Copper grapes decorate the bottle as a reminder of the ancestral savoir-faire and elaborate craftsmanship of the blend, while geometrical lines flank the Hennessy V.S.O.P label to accentuate the new silhouette.

The label itself is an innovation, as it is the very first 3D label to be used on a spirit bottle, proudly emblazoning an “1817” monogram which symbolizes the depth of time through which Hennessy V.S.O.P has thrived as the superior cognac. By night, KYRIOS comes alive as its geometrical lines glow in molten copper under black light; a stunning spectacle inside any club. 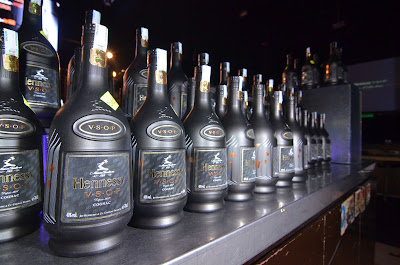 Everydayfoodilove.co/ angeline-ong-yoga.blogspot.com. Thank you for reading our posts. Our team media coverage touches mostly on lifestyle events and focuses on happening scenes in Kuala Lumpur and Kota Kinabalu. Invite us for food reviews, travel and hotel reviews, KL clubbing reviews and product launches. Our other interests include the movies, technology and photography. Subscribe to my facebook page. Contact us via my email at: angel_line78@hotmail.com or monicaong@hotmail.com
Advertorial Clubbing Event Kota Kinabalu Liquor Product Launch