The luxury hospitality group behind some of Vietnam’s finest restaurants is expanding its portfolio, unveiling its 13th restaurant dedicated to lobster with live cooking stations that serve up Vietnamese, Japanese, Korean, Western and Chinese fare. 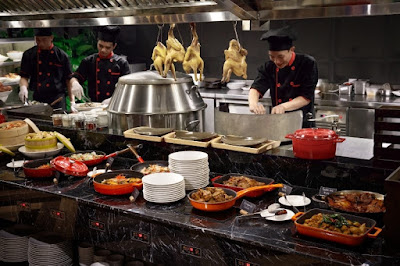 Situated at Citadines Bayfront Nha Trang Hotel at 62 Tran Phu along Nha Trang beach, Ngon Gallery Nha Trang opened its doors for business and seats up to 200 diners for an international seafood buffet from 5pm-11pm daily.

In addition to sashimi and home-made sushi, salads, soups and desserts, the buffet menu includes fresh locally-sourced seafood such as lobster, tiger prawns, oysters, crabs, scallops, fish, octopus, mussels and clams, meats such as steak, lamb, pork and chicken, as well as vegetarian dishes. Diners determine if their seafood and meats are grilled, steamed or wok-fried and choose from sauces ranging from spicy tamarind, teriyaki, Sichuan and pepper to mushroom cream and spring onion salsa.

With a design that blends contemporary, industrial and age-old aesthetics, the eating establishment deploys a striking palette of greys, browns and black and is bedecked with parquetry flooring, quaint timber furniture, floor-to-ceiling windows, and racks of wine bottles and ceramic decorations. 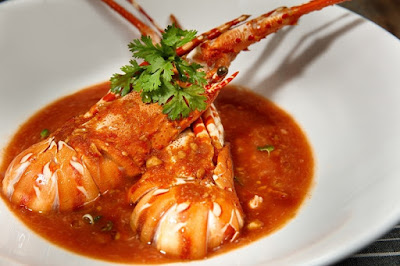 “We venturing beyond our tried and true flair for delectable Vietnamese fare at our Ngon Villa and HOME Vietnamese restaurants by offering a variety of cuisines, hence the moniker Ngon ‘Gallery’, to suit Nha Trang’s eclectic local and international guest base,” said Nguyen Cao Son, Paradise Vietnam’s chief operating officer.

"And the good news for diners is they can order as much chili lobster as they like during the buffet; the combination of the tender lobster meat and the spiciness of the sauce is something else that's hands down a must-try when in Nha Trang." 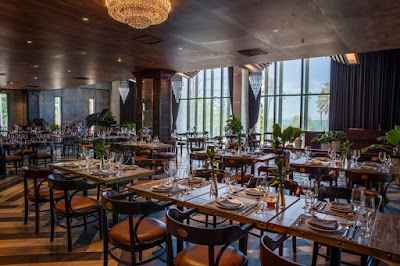 Since its launch more than a decade ago, Paradise Group has become one of Vietnam’s leading providers of luxury hospitality services. Other brands under the Paradise umbrella include Paradise Cruises, Paradise Suites Hotel and Paradise Trend Hotel, all in Halong Bay.

Ngon Gallery is open for dinner from 5pm until 11pm. The seafood buffet is priced from VND 1,250,000 (USD 54) per person, with beverages not included.

Everydayfoodilove.co/ angeline-ong-yoga.blogspot.com. Thank you for reading our posts. Our team media coverage touches mostly on lifestyle events and focuses on happening scenes in Kuala Lumpur and Kota Kinabalu. Invite us for food reviews, travel and hotel reviews, KL clubbing reviews and product launches. Our other interests include the movies, technology and photography. Subscribe to my facebook page. Contact us via my email at: [email protected] or [email protected]
 Advertorial Citadines Bayfront Nha Trang Hotel Vietnam