Cavory Takes Charge of The Anam in Cam Ranh 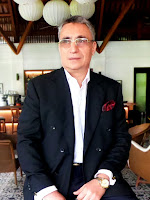 A seasoned professional with almost four decades of experience in the luxury hospitality industry across four continents has been appointed to the helm of the award-winning Anam. French national Philippe Cavory comes to the 12-hectare resort on Vietnam's pristine Cam Ranh peninsula after four years with YTL Hotels, during which he oversaw a collection of five-star resorts in Malaysia as area general manager. 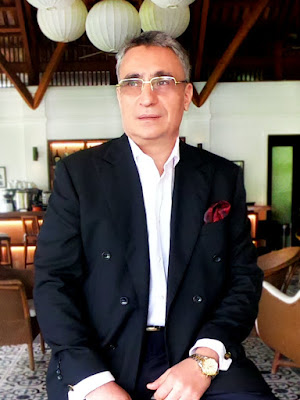 Philippe Cavory brings a stellar background in luxury hospitality to the independently owned and operated Anam, having worked in senior management roles for some of the industry’s most prestigious names including Cheval Blanc Randheli and Soneva Fushi in the Maldives, Banyan Tree properties in the Maldives, Morocco and Laos, and at LUX Grand Gaube in Mauritius.

Cavory brings a stellar background in luxury hospitality to the independently owned and operated Anam, having worked in senior management roles for some of the industry’s most prestigious names including Cheval Blanc Randheli and Soneva Fushi in the Maldives, Banyan Tree properties in the Maldives, Morocco and Laos, and at LUX Grand Gaube in Mauritius.

In addition to Asia and Africa, his career has taken him across Europe and to the United States. Along with hotel management, he has substantial experience with hotel openings and renovations.

After starting out with hotel management studies at the acclaimed École Hôtelière du Comte de Nice in his native France in the early eighties, Cavory conducted further study with the Wine & Spirit Education Trust based in London. He became a sommelier based in Miami with Royal Caribbean Cruises and then an F&B consultant for the Eastern and Oriental Express in Singapore, Malaysia and Thailand, before rising through the ranks at various luxury hotels.

He has won numerous awards, including ‘Outstanding General Manager’ at the 2017 Asian Lifestyle Tourism Awards.

Cavory said he would bring his passion for working alongside many nationalities in the luxury sector and enthusiasm for developing and mentoring executives, teams and business units to the Anam, which has established a reputation as one of Vietnam’s top coastal resorts since its grand opening in April 2017.

About The Anam Cam Ranh

Everydayfoodilove.co/ angeline-ong-yoga.blogspot.com. Thank you for reading our posts. Our team media coverage touches mostly on lifestyle events and focuses on happening scenes in Kuala Lumpur and Kota Kinabalu. Invite us for food reviews, travel and hotel reviews, KL clubbing reviews and product launches. Our other interests include the movies, technology and photography. Subscribe to my facebook page. Contact us via my email at: [email protected] or [email protected]
 Advertorial CAm Ranh Vietnam