World’s leading chefs to descend on Hanoi from October 6-13. Leading culinary stars from around the world, boasting a total of 8 Michelin stars among them, will join the second edition of “Metropole Culinary Stars” from Oct. 6-13 at Sofitel Legend Metropole Hanoi. 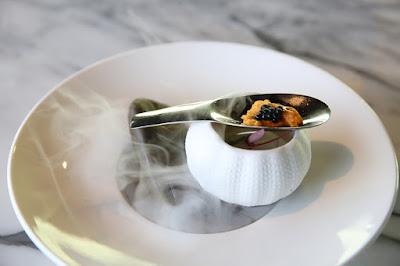 The eight-day culinary extravaganza, which follows last year’s highly successful inaugural event, will feature 18 internationally renowned chefs who will collaborate on a series of extraordinary and memorable meals at the Metropole Hanoi. 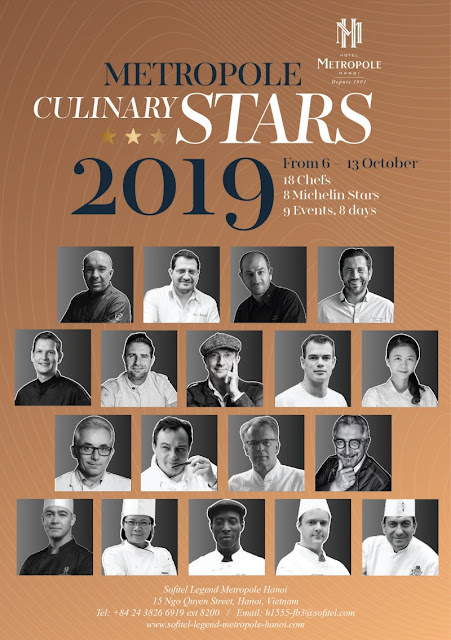 The event will also spotlight other global culinary luminaries, including Dutch celebrities’ private chef (René van Empelen), a former winner of MasterChef of France (Didier Corlou), a scion of a cheese-making family that’s been in the business since 1880 (Patrice Marchand), the maître-chocolatier of the world’s longest-established chocolatier (Stéphane Bonnat), an author of 14 renowned cookbooks (Alain Caron), one of Asia’s top female chefs, according to the Michelin Guide (Vanessa Huang), the Master Baker of France (Bruno Dinel), and pastry master (Fabrice Danniel). 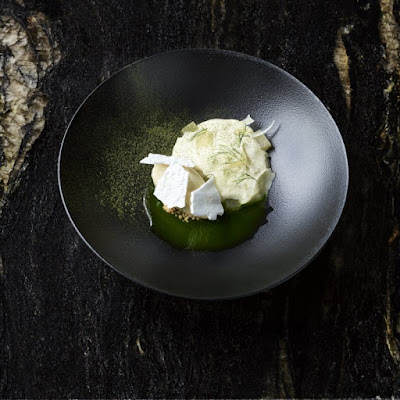 “Metropole Culinary Stars 2019 promises to be a truly remarkable event, as we bring together some of the world’s most celebrated chefs in a city whose culinary tradition is undisputed,” said William Haandrikman, the Metropole Hanoi’s General Manager.

Over eight days, starting on October 6, the event will include the following unique dining experiences:

Oct. 7: A six-course “Exotic World of Spice” dinner in which each course is elevated by a different spice and paired with spice wines.

Oct. 8: A seven-course “Dinner to Remember from the Farm & the Sea” sourced with the freshest and finest ingredients from the fields and oceans.

Oct. 10: There will be two main events this evening. First, is the “Trump-Kim Summit Four-Hands Dinner,” a special gastronomical journey with the two Metropole chefs who prepared the historic four-course menu.

Oct. 12: An “All Star Dinner” including an exquisite 9-course dinner menu from 10 of the top participating chefs.

Oct. 13: A “Magnifique Sunday Brunch” featuring nine live stations, as well as an opportunity to interact directly with the chefs. 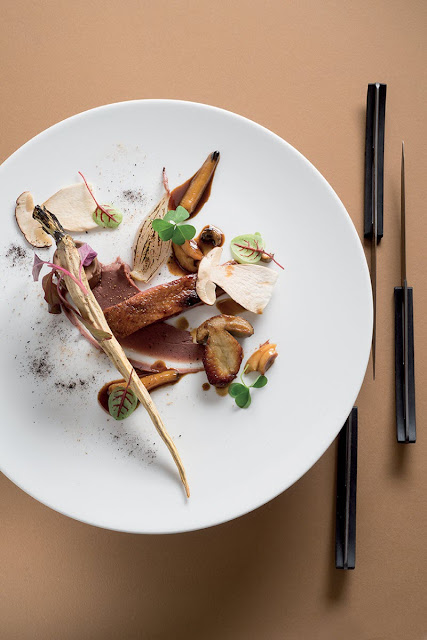 Everydayfoodilove.co/ angeline-ong-yoga.blogspot.com. Thank you for reading our posts. Our team media coverage touches mostly on lifestyle events and focuses on happening scenes in Kuala Lumpur and Kota Kinabalu. Invite us for food reviews, travel and hotel reviews, KL clubbing reviews and product launches. Our other interests include the movies, technology and photography. Subscribe to my facebook page. Contact us via my email at: [email protected] or [email protected]
Hanoi Michelin-star chef Vietnam