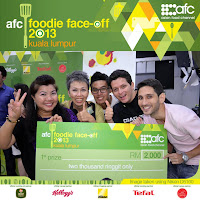 The Asian Food Channel Awards Grand Prizes to Three Lucky Winners of AFC’s First Facebook-Driven Cooking Competition! 4th July 2013, Malaysia – On Saturday, 29th June 2013, the Asian Food Channel (AFC) held the final round of their first-ever “AFC Foodie Face-Off” cooking competition at The Cooking House, Desa Sri Hartamas. Organized by the Asian Food Channel which is part of the Scripps Networks family of lifestyle networks and Asia’s first and only 24 hour regional food and lifestyle channel, the event was a groundbreaking success which saw the top 20 finalists battling it out using their culinary skill to win the top three prizes worth over RM10,000! 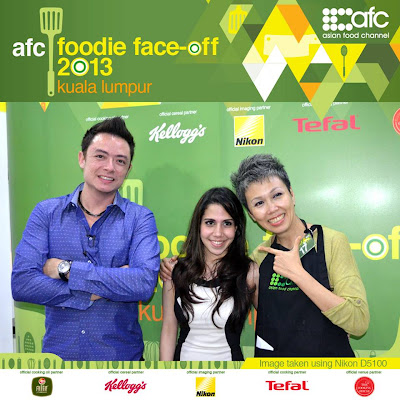 Joining the 20 contestants were well-loved AFC celebrity chefs from Malaysia, Sherson Lian of AFC Original Production, Great Dinners Of The World and programme, 5 Rencah 5 Rasa and Anis Nabilah, star of Icip Icip which airs on AFC. Both chefs were invited as honorary guest judges of the event and were delighted to witness such a wide range of skillfully prepared dishes cooked creatively by Malaysia’s very own home chefs. Out of the two dishes prepared that day, one dish required contestants to use a secret ingredient – Kellogg’s cornflakes! 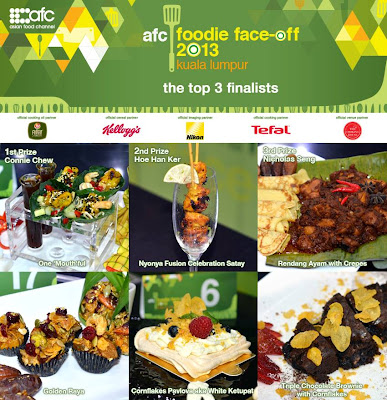 Ms. Connie Chew, who created an innovative dish named “One 'MOUTH'ful” was crowned the winner of the competition and took home a grand prize worth over RM 5000. Ms. Hoe Han Ker came in second with his “Nyonya Fusion Celebration Satay” and won RM 3000 worth of prizes. Mr. Nicholas Seng Mun Hung grabbed the third prize worth RM 2000 for his creative interpretation of a Rendang Ayam with Crepes. All grand prizes were inclusive of Tefal cooking ware and a Nikon camera. Participants in the running also stood a chance to win the “Kellogg’s Most Creative Dish”, to take home a consolation prize provided by Kellogg’s Asia Marketing Inc. worth RM 500. Ms. Nora Bakar was the lucky participant who won this prize with her special Square Crispy Cornflakes. All participants were provided with goodies bags that were proudly sponsored by Alif, Kellogg’s and Tefal. 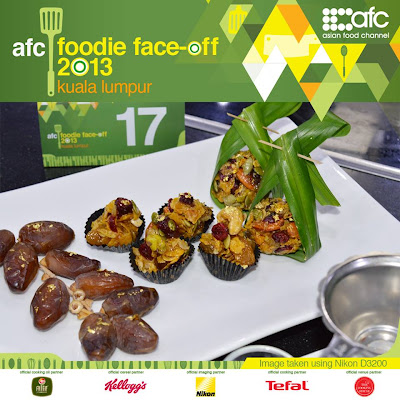 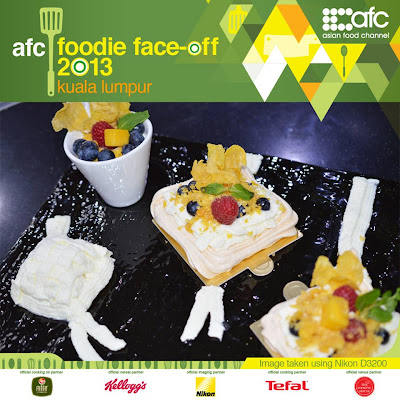 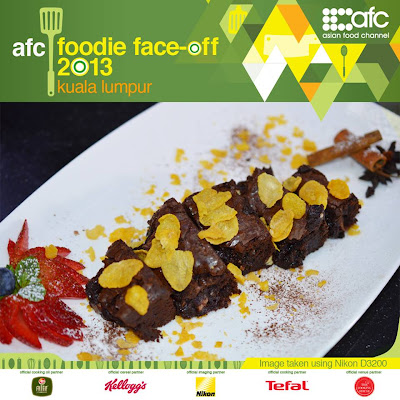 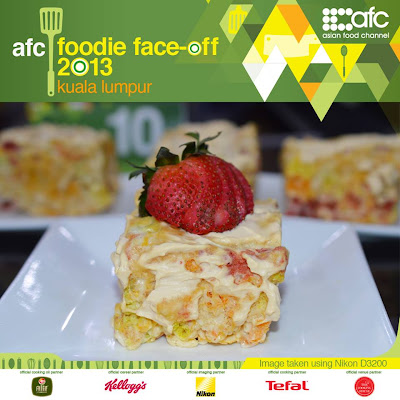 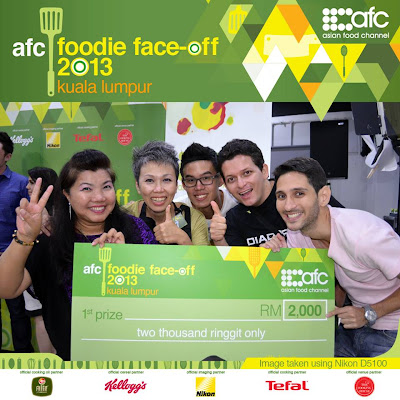 Look out for the next leg of the “AFC Foodie Face-Off” competition to be held in Singapore at the end of the year. 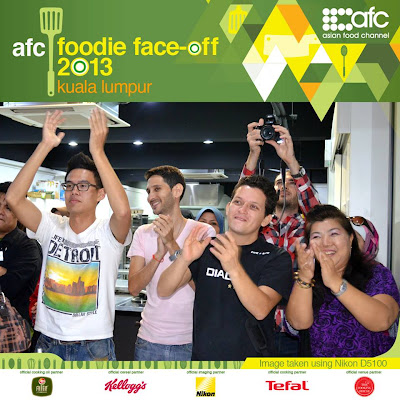 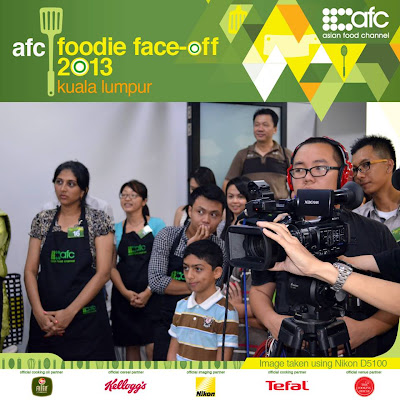 Everydayfoodilove.co/ angeline-ong-yoga.blogspot.com. Thank you for reading our posts. Our team media coverage touches mostly on lifestyle events and focuses on happening scenes in Kuala Lumpur and Kota Kinabalu. Invite us for food reviews, travel and hotel reviews, KL clubbing reviews and product launches. Our other interests include the movies, technology and photography. Subscribe to my facebook page. Contact us via my email at: [email protected] or [email protected]
Advertorial AFC Event Kuala Lumpur Food