Tiger FC fans to pitch their way to the UK - A new contest revealed by Tiger FC will send fans to experience football at where it all began.

Tiger FC did not disappoint when it said it had something epic to reveal to its fans at their second Big Away Game yesterday. Prior to the event, the footie fan club hinted that the news will present “something epic and something football aficionados will definitely cheer for”. Well, cheer they did. Called The Real Pitch, the contest requires fans to pitch to Tiger FC why they should be the chosen one for the all-expense paid, once-in-a-lifetime trip to the United Kingdom. The grand prize rewards fans with a 5D/4N trip to London with one stadium match, and a pub match viewing experience. Tiger Beer marketing manager Tai See Wai says, “There’s no denying that our fans here enjoy watching football as much as the next Brit. But the atmosphere here is so different from being in the thick of things, where the fans in the UK are at one with the players and fellow fans while Malaysian fans are so far removed from that ambiance. 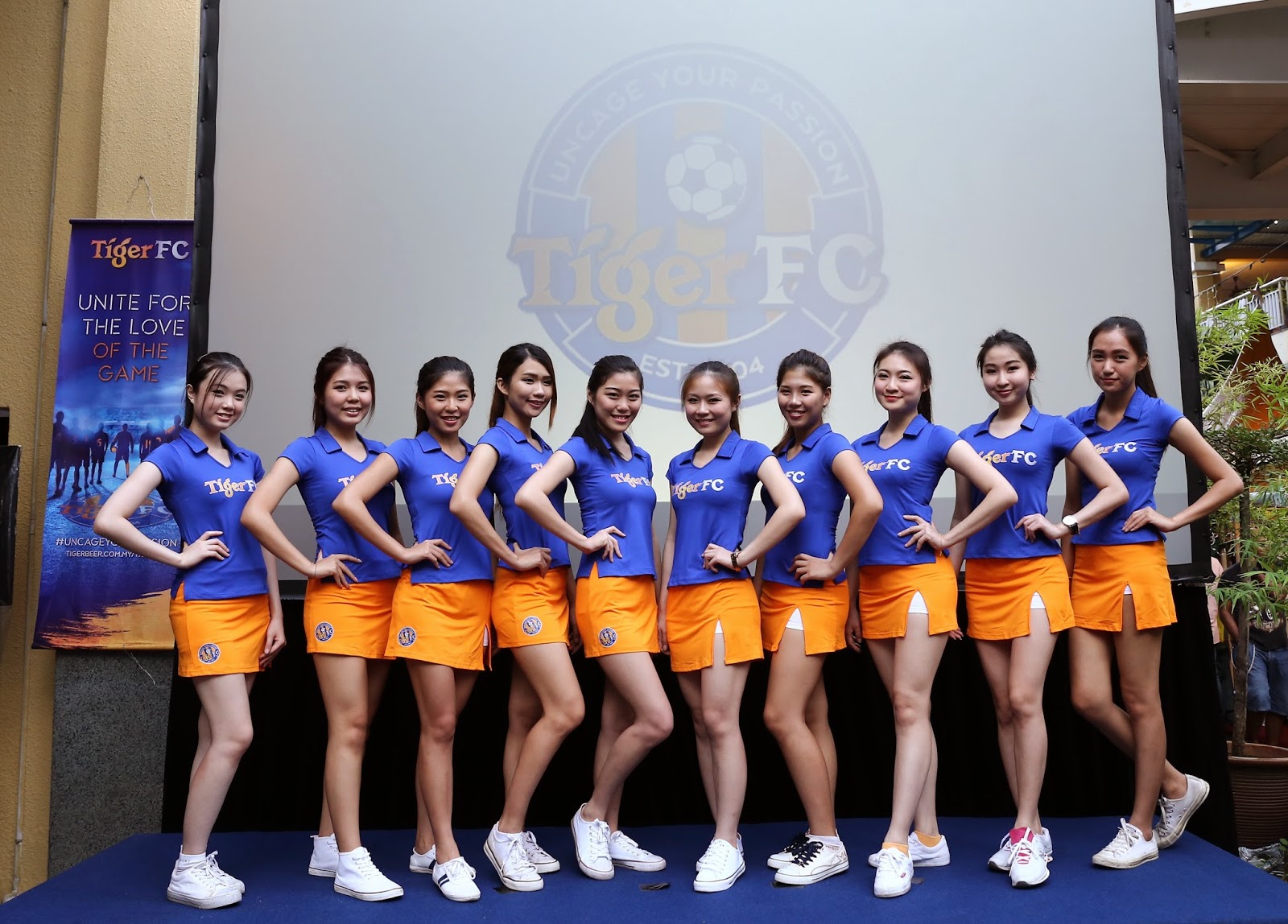 The brand ambassadors are all geared up for Tiger FC Big Away Game at Laundry, The Curve.

“As such, we’d like to give our fans a first-hand experience at a true football viewing experience to be surrounded in the energy and be among UK supporters through The Real Pitch. It’s time to reward them with a gift that extends beyond the screenings. We look forward to seeing how fans will ‘Uncage Their Passion’ for football in this contest.”

Fans in attendance got an exclusive first look at the contest promotional video made by famous Malaysian YouTuber Joseph Germani, who was also present at the event. They were also given the opportunity to be a part of the first batch of entries. 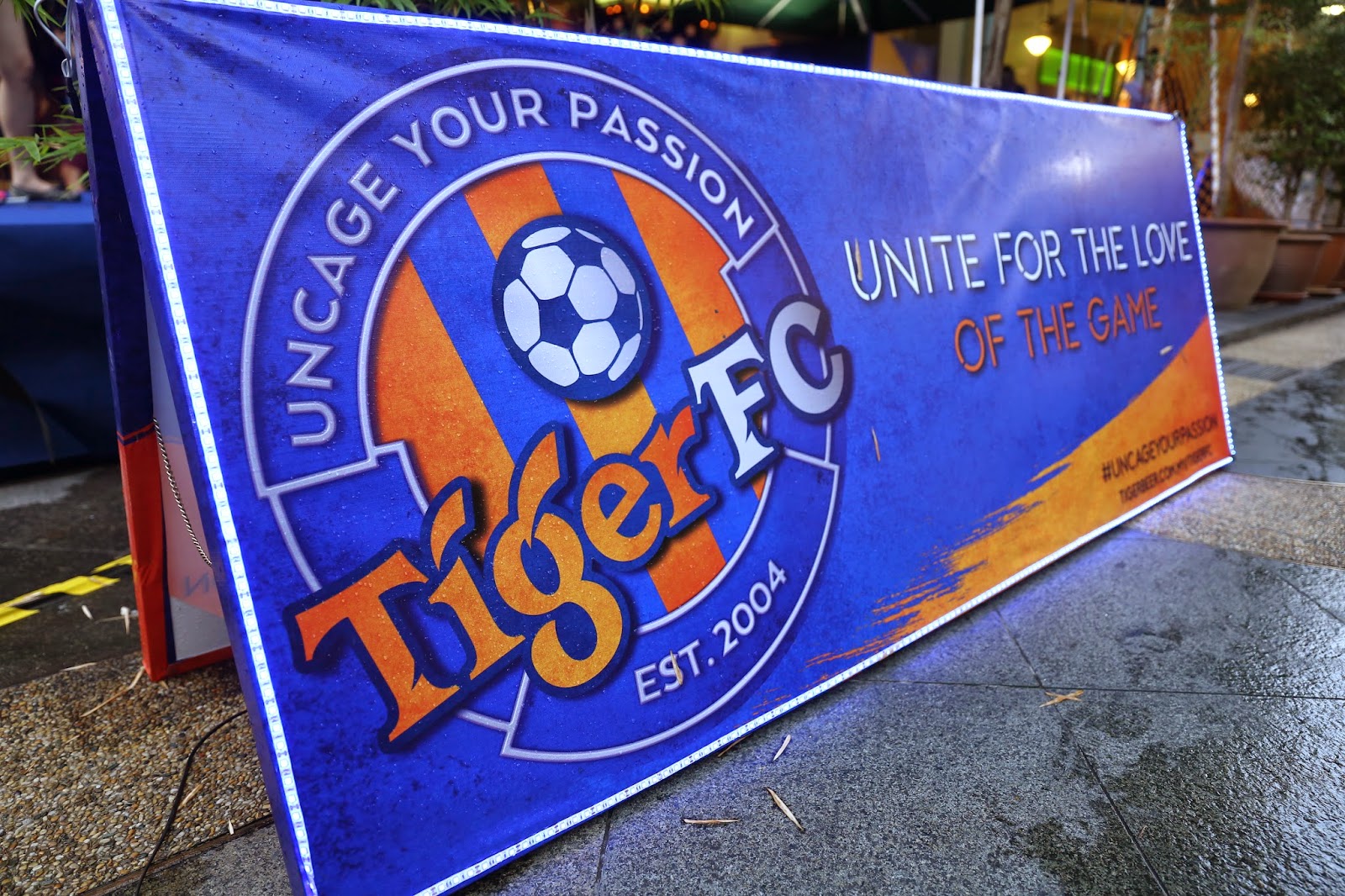 Tiger FC calls for fans to Uncage Their Passion for football at their recent Big Away Game at Laundry, The Curve.

Fans have from today until on January 2nd, 2015 to pitch their entries to Tiger FC. All they need to do is create a 15-seconds video on how they would “UNCAGE THEIR PASSION FOR FOOTBALL” via Instagram and submit it by tagging @TigerBeerMy with the hashtags #TigerFC, #TheRealPitch and #UncageYourPassion. All properly tagged entries are linked automatically to Tiger FC’s The Real Pitch Facebook Tab on its Facebook page. Fans can also share their entries from the tab’s gallery, and challenge their friends to submit an entry themselves. A winner will be announced within a week from end of contest. 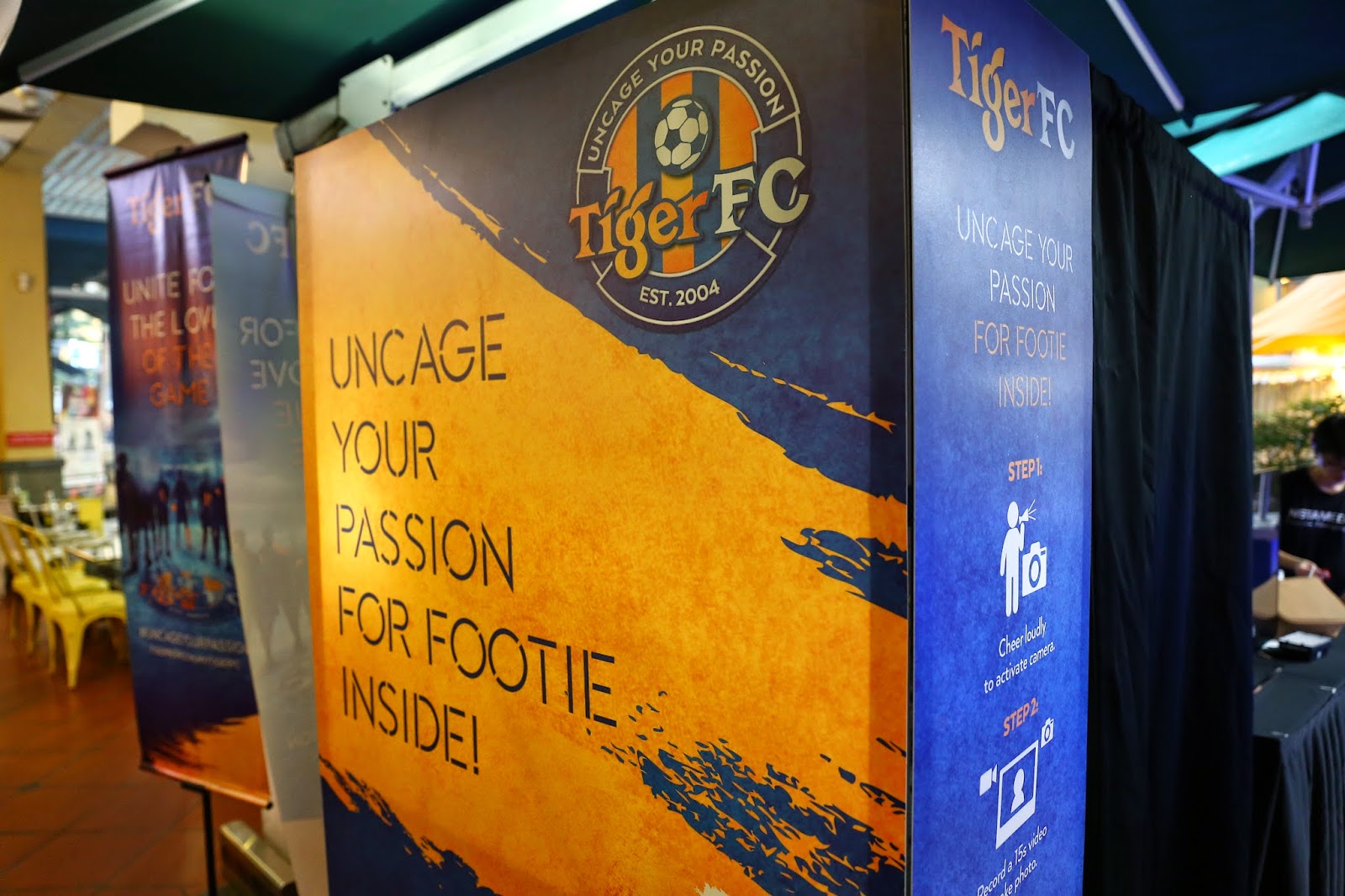 The Cheer Booth that takes pictures and videos of fans uncaging their passion for football was a hit with fans. 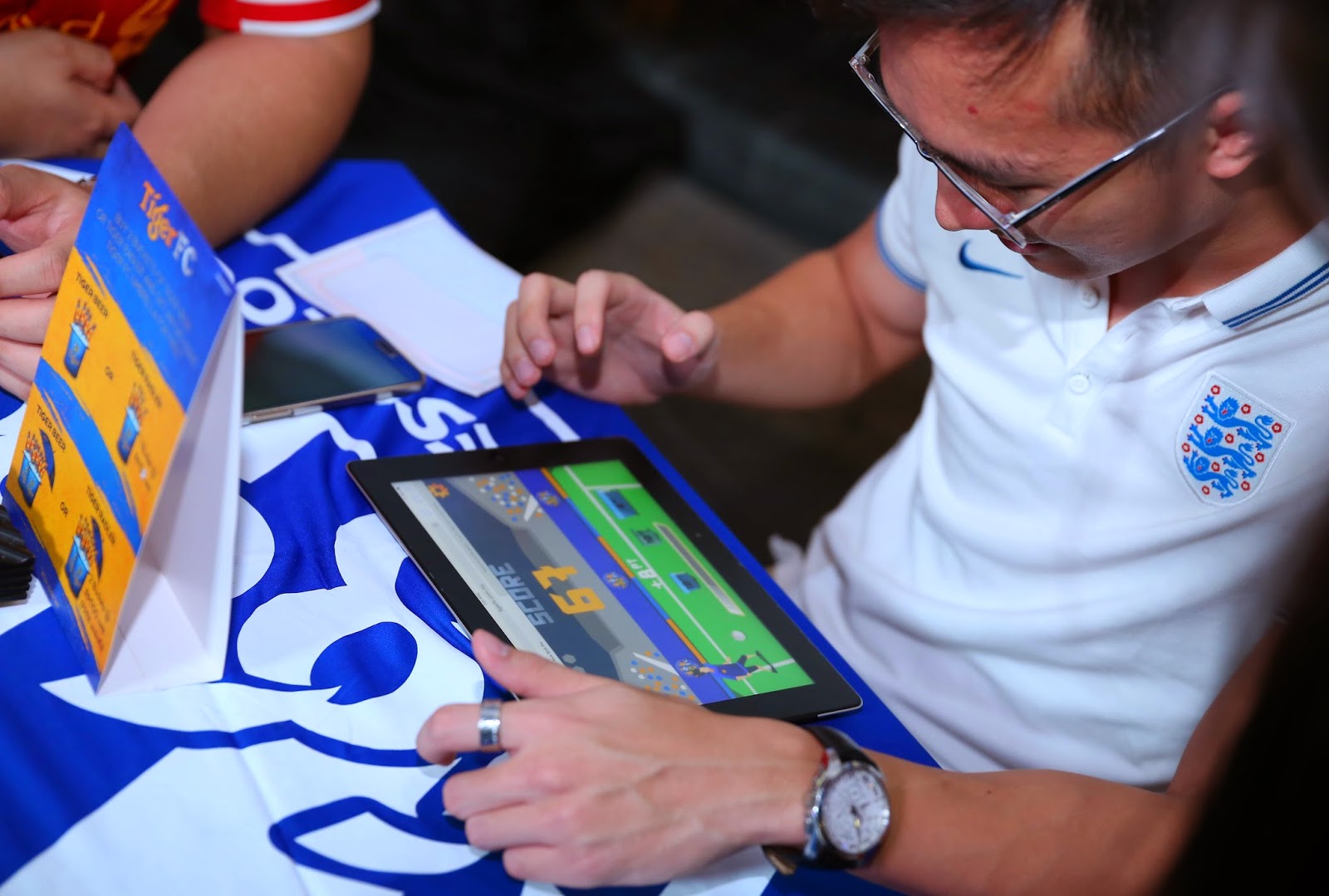 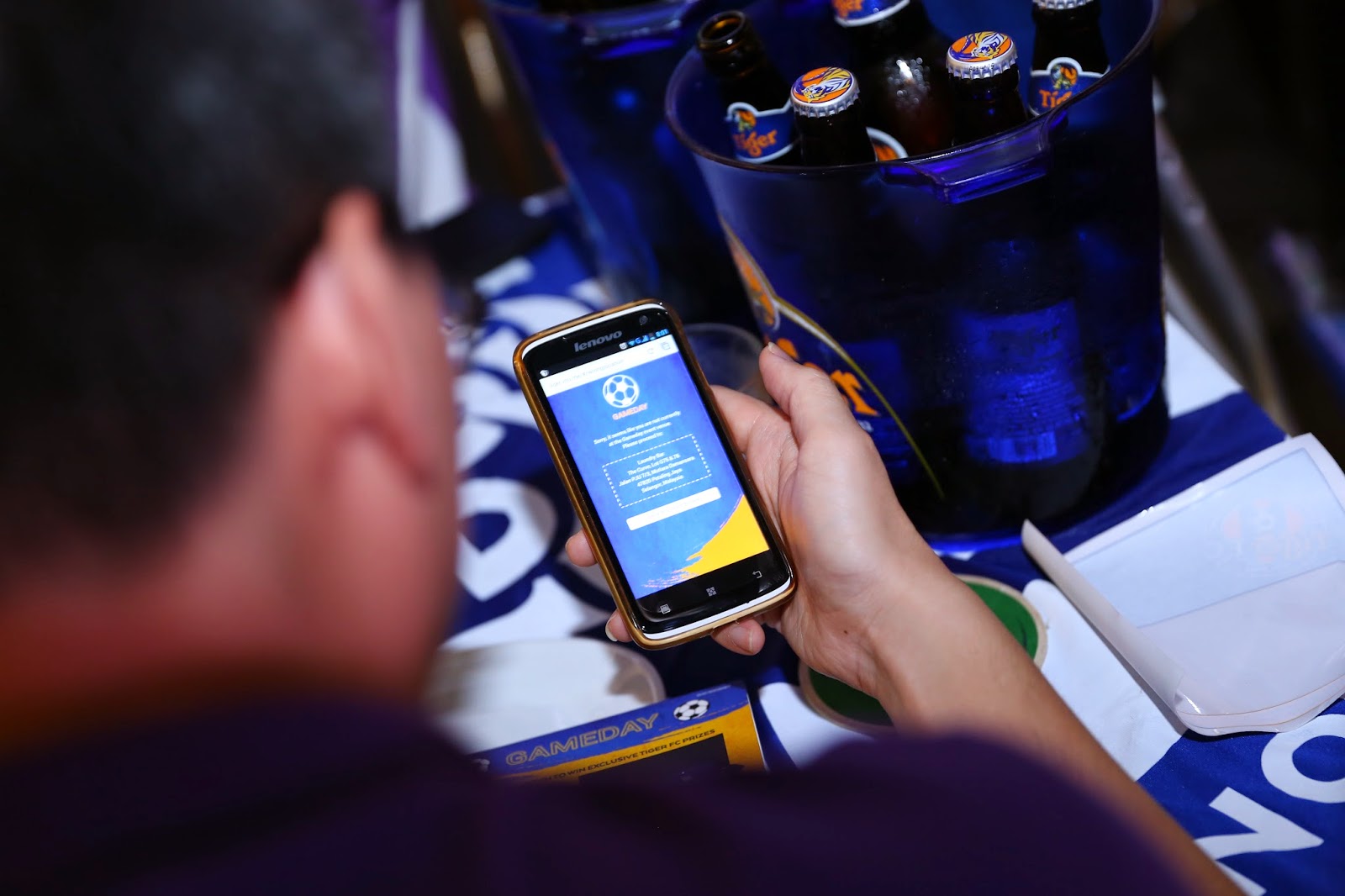 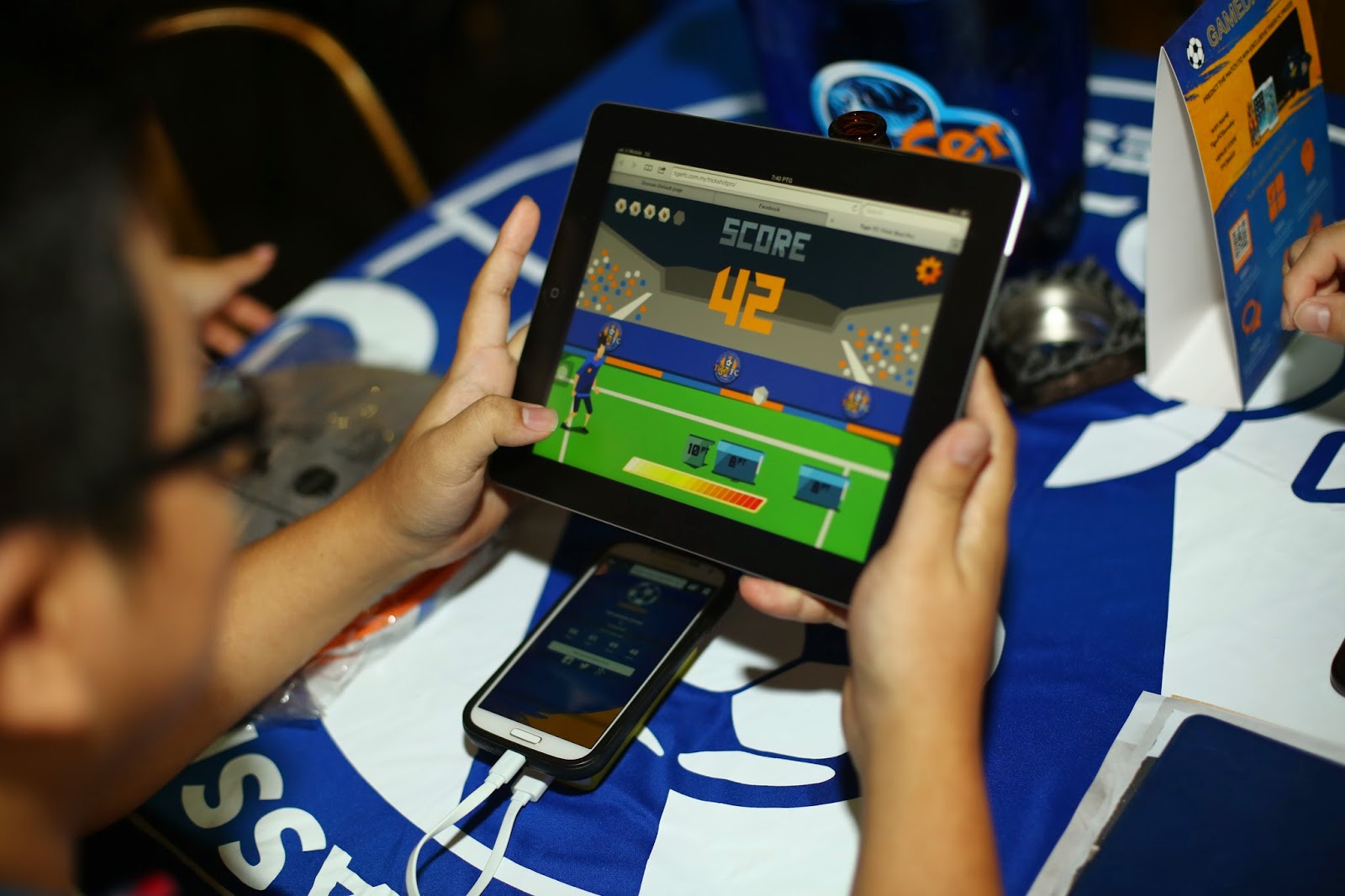 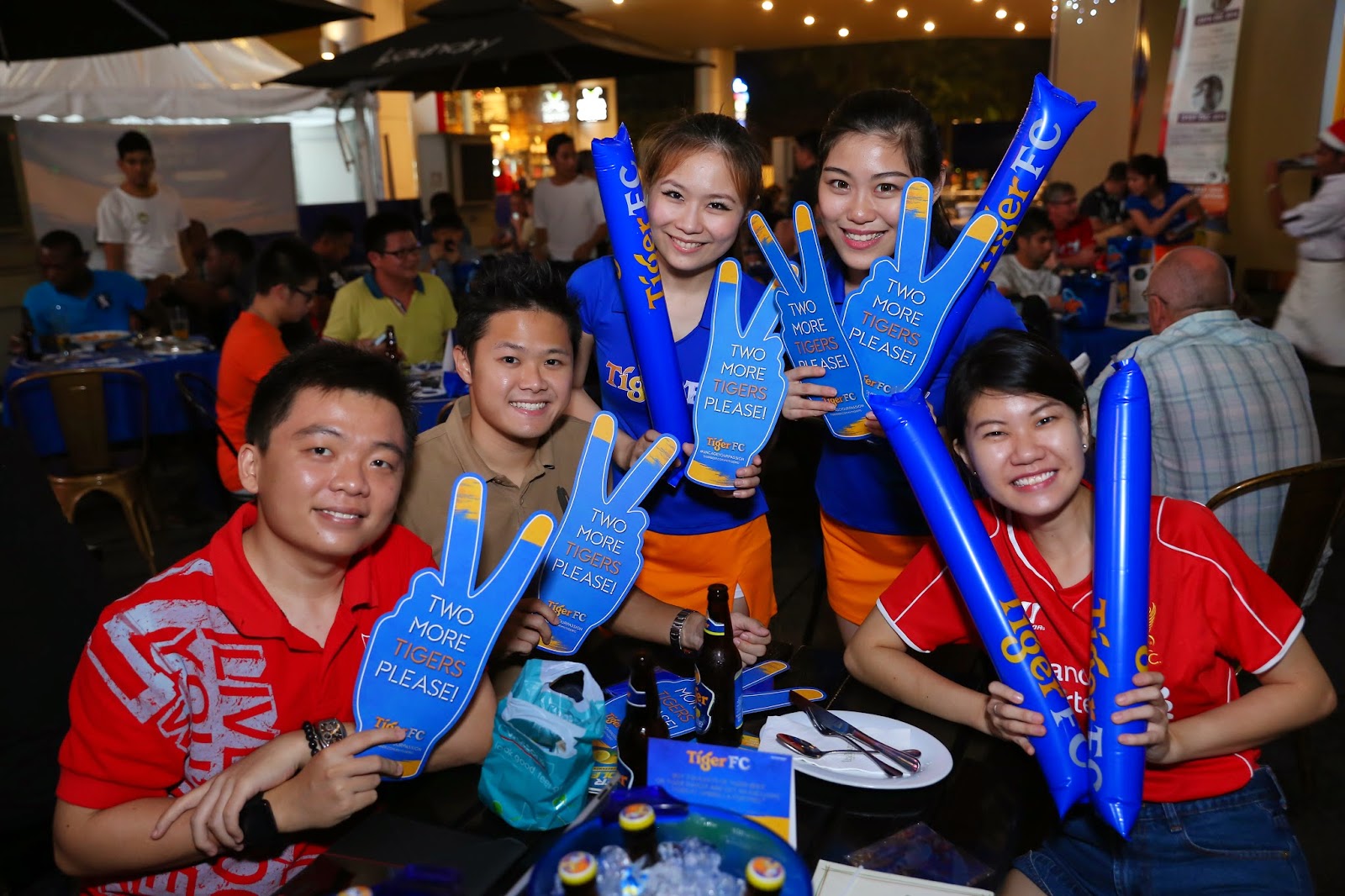 Fans show their support for Tiger FC, which is now in their 11th year as a football fan club, at its Big Away Game held at Laundry, The Curve. 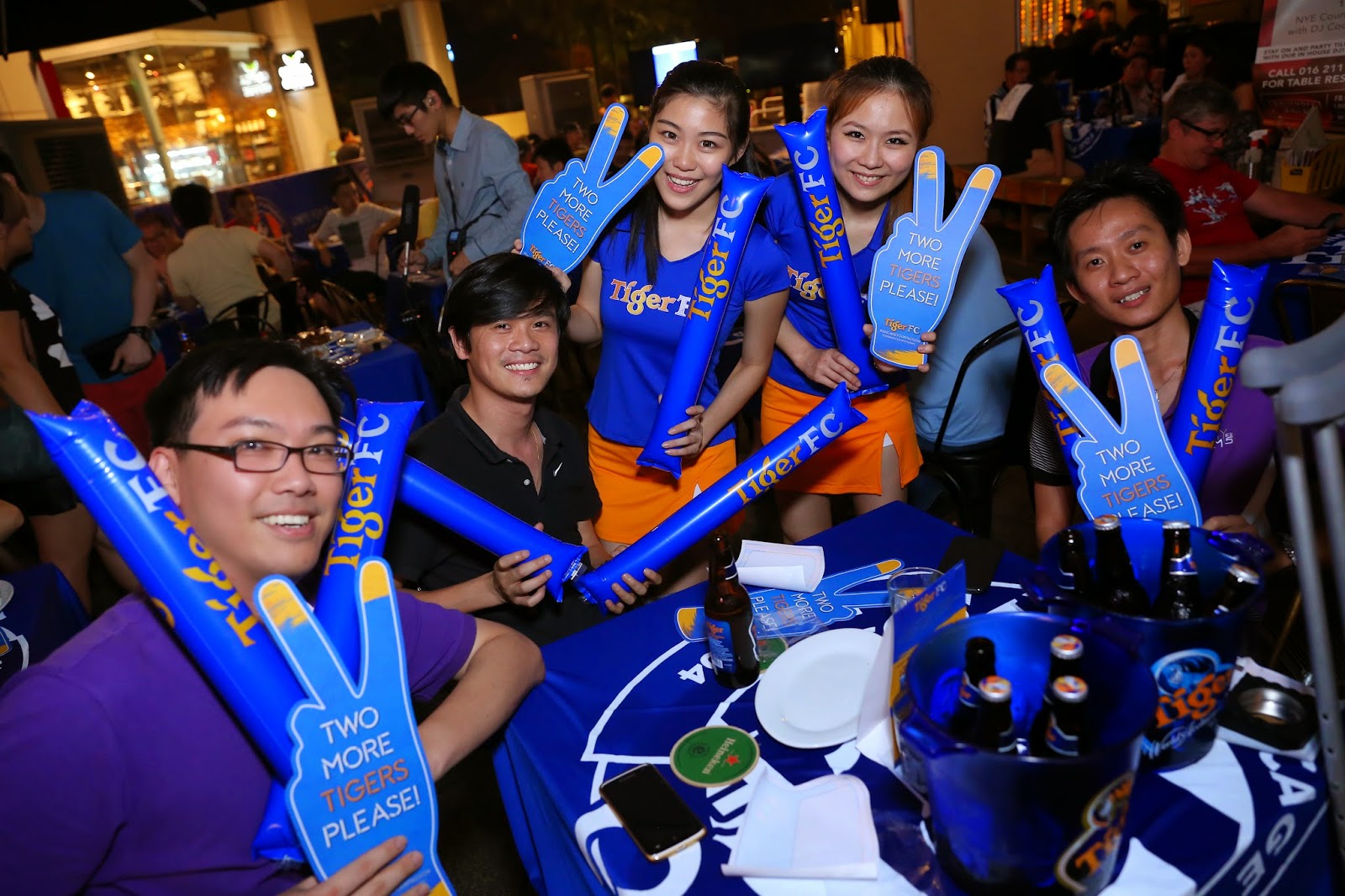 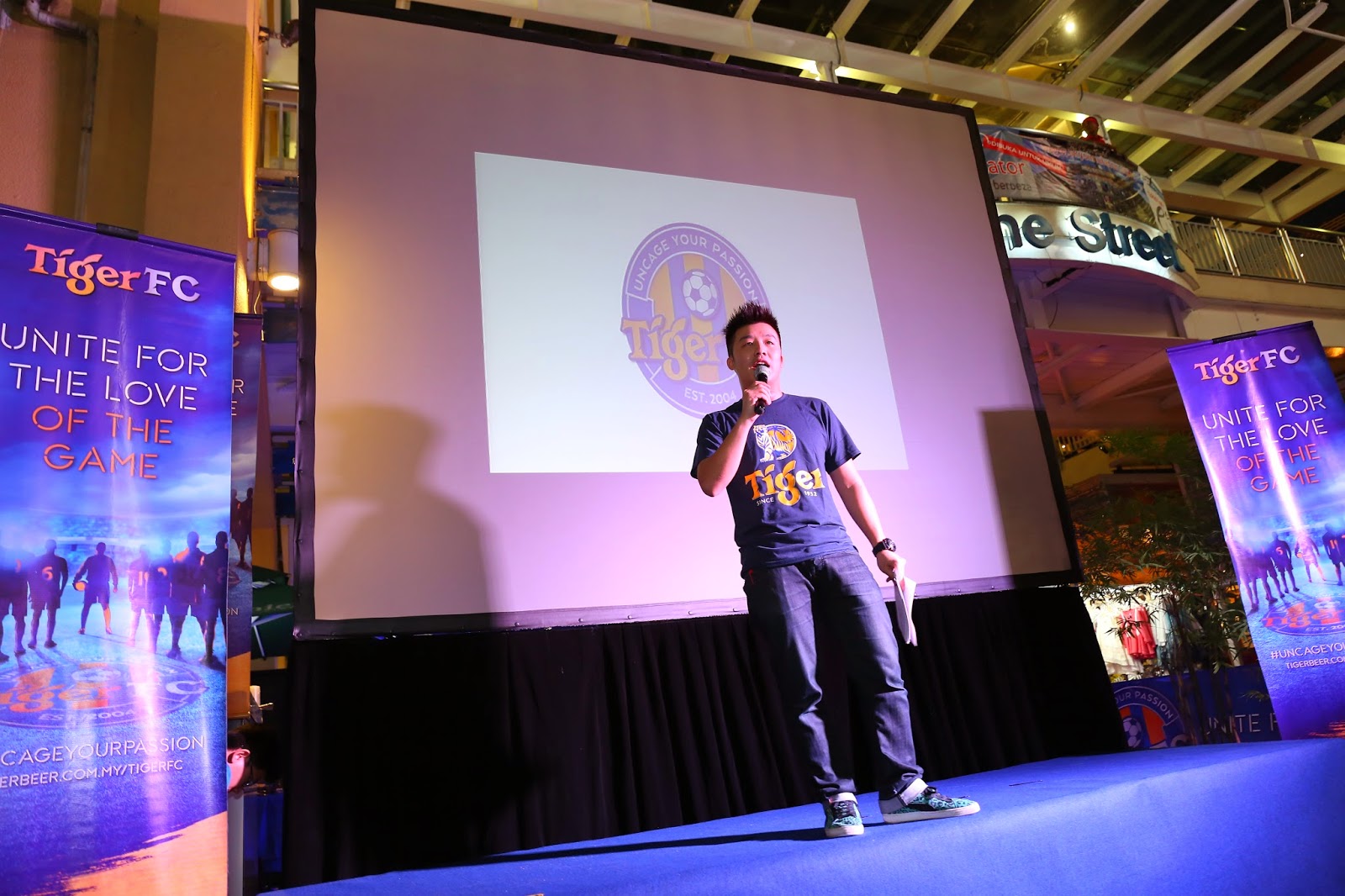 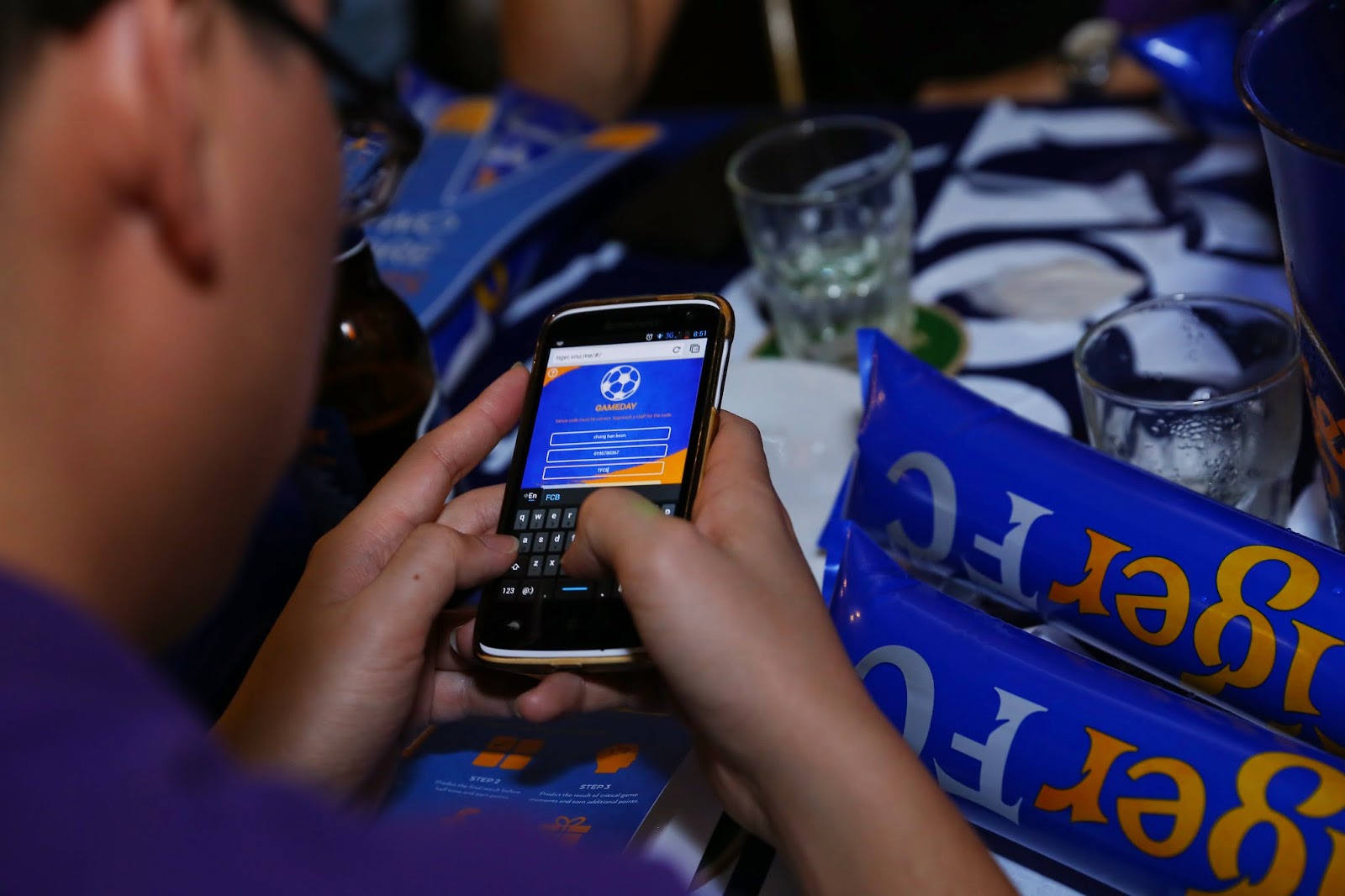 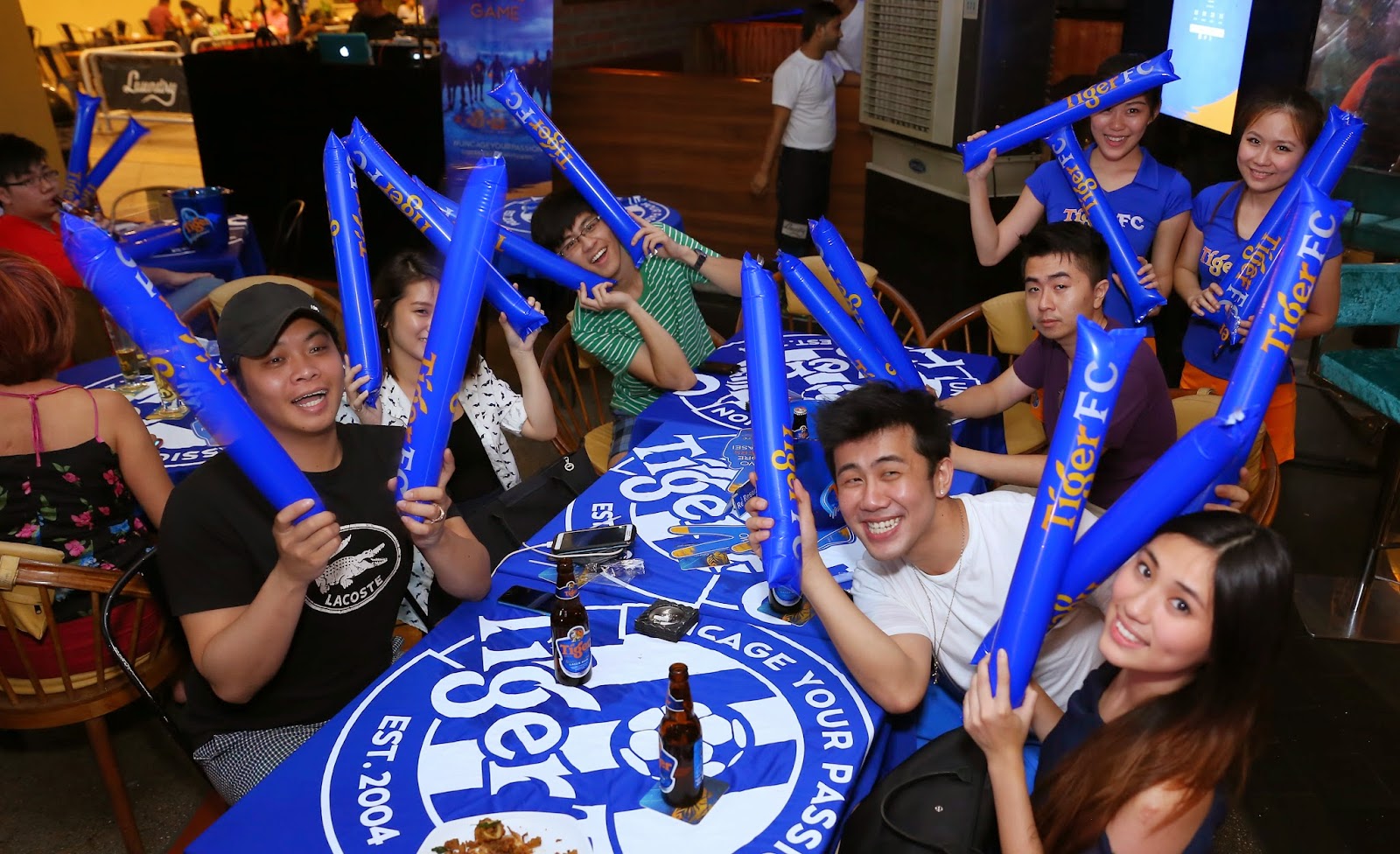 The man who produced “The Real Pitch” contest promotional video for Tiger FC, Joseph Germani (in white T-shirt), was also in attendance. 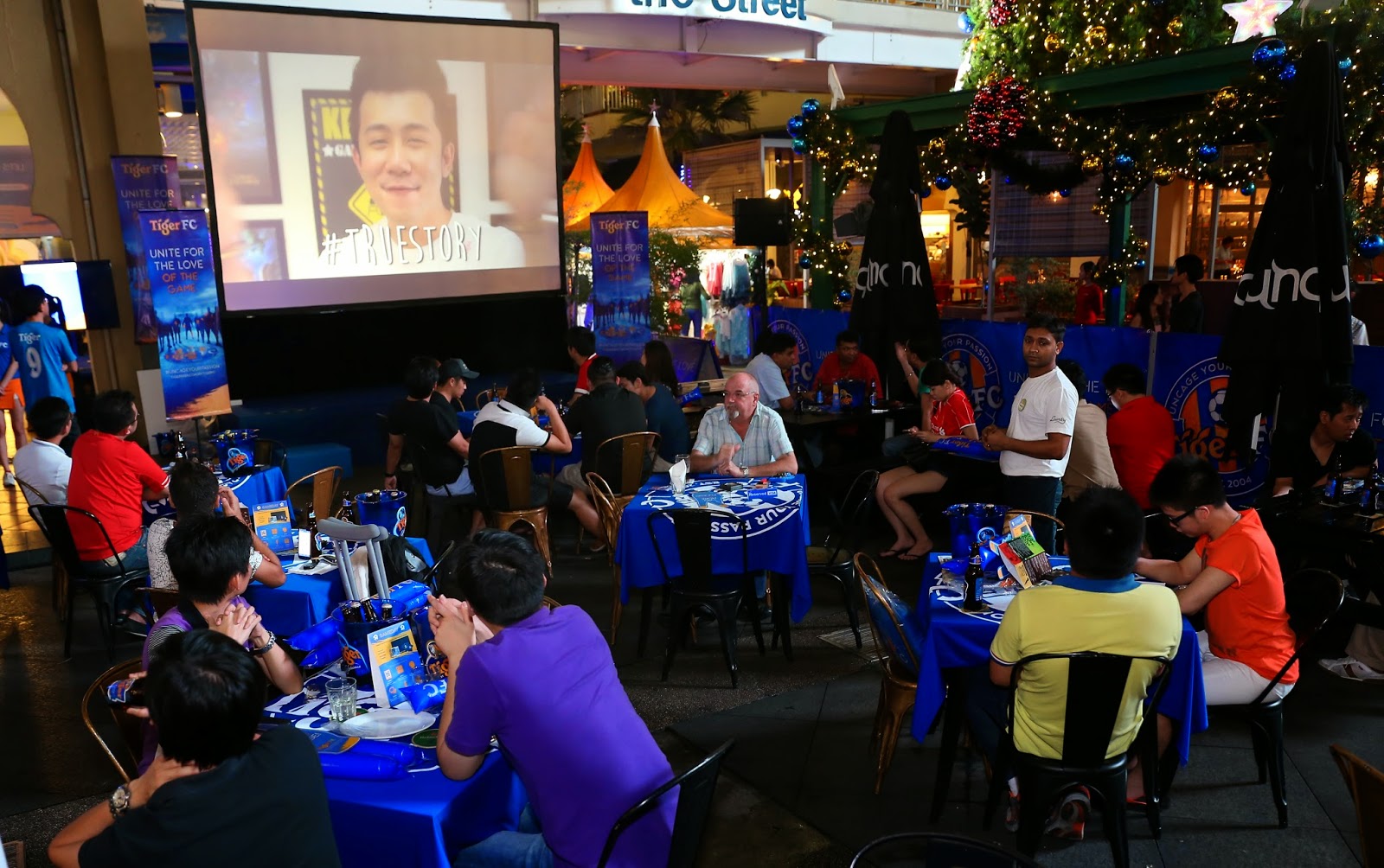 Fans paying close attention to the exclusive preview of “The Real Pitch” promotional video aired during Tiger FC’s Big Away Game held at Laundry, The Curve. 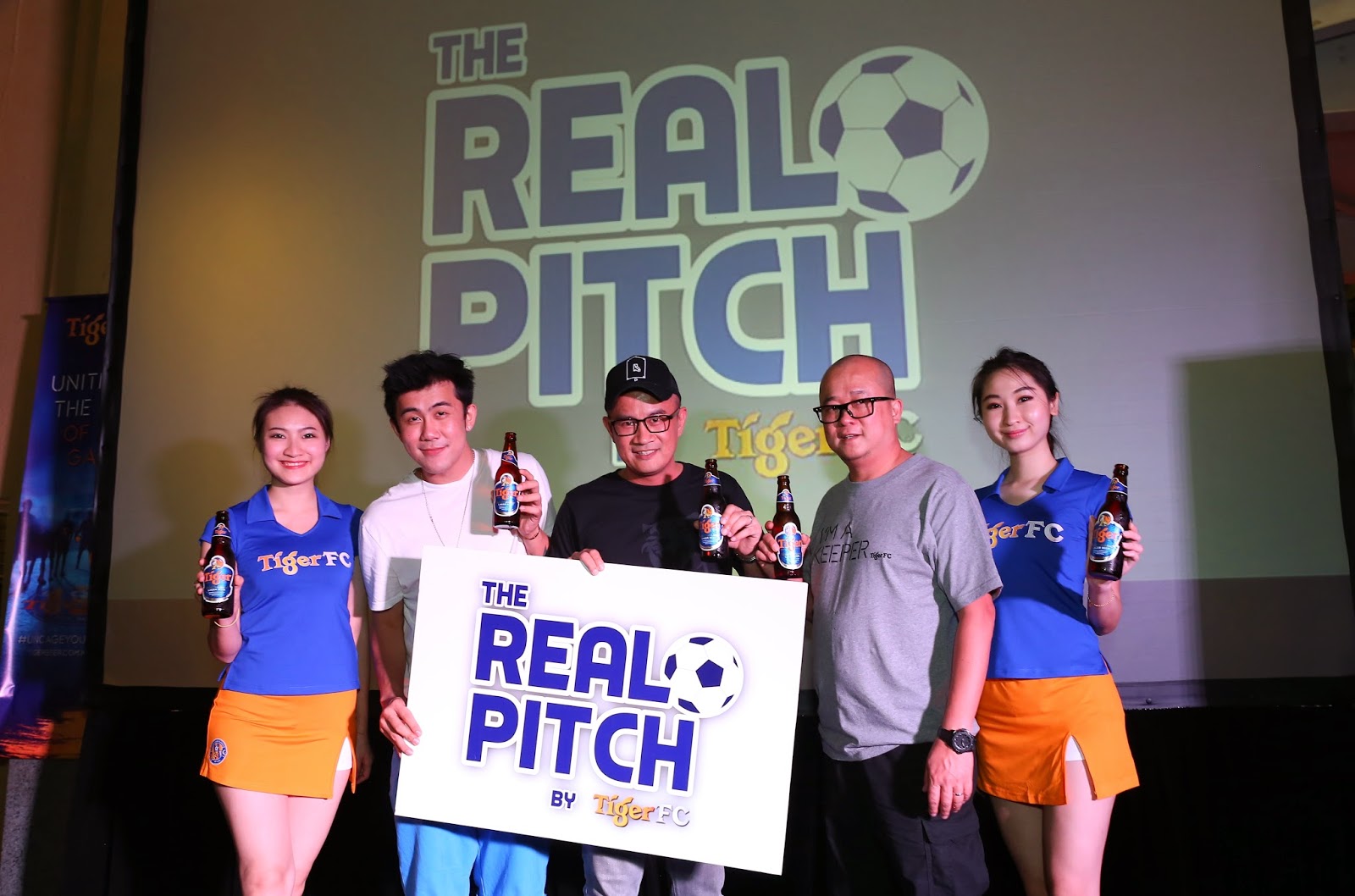 YouTuber and producer of “The Real Pitch” promotional video Joseph Germani (2nd from left) stands with Tiger Beer’s senior brand manager Gwei Hway (3rd left) and marketing manager Tai See Wai after the announcement of the contest that sends a fan to the UK. 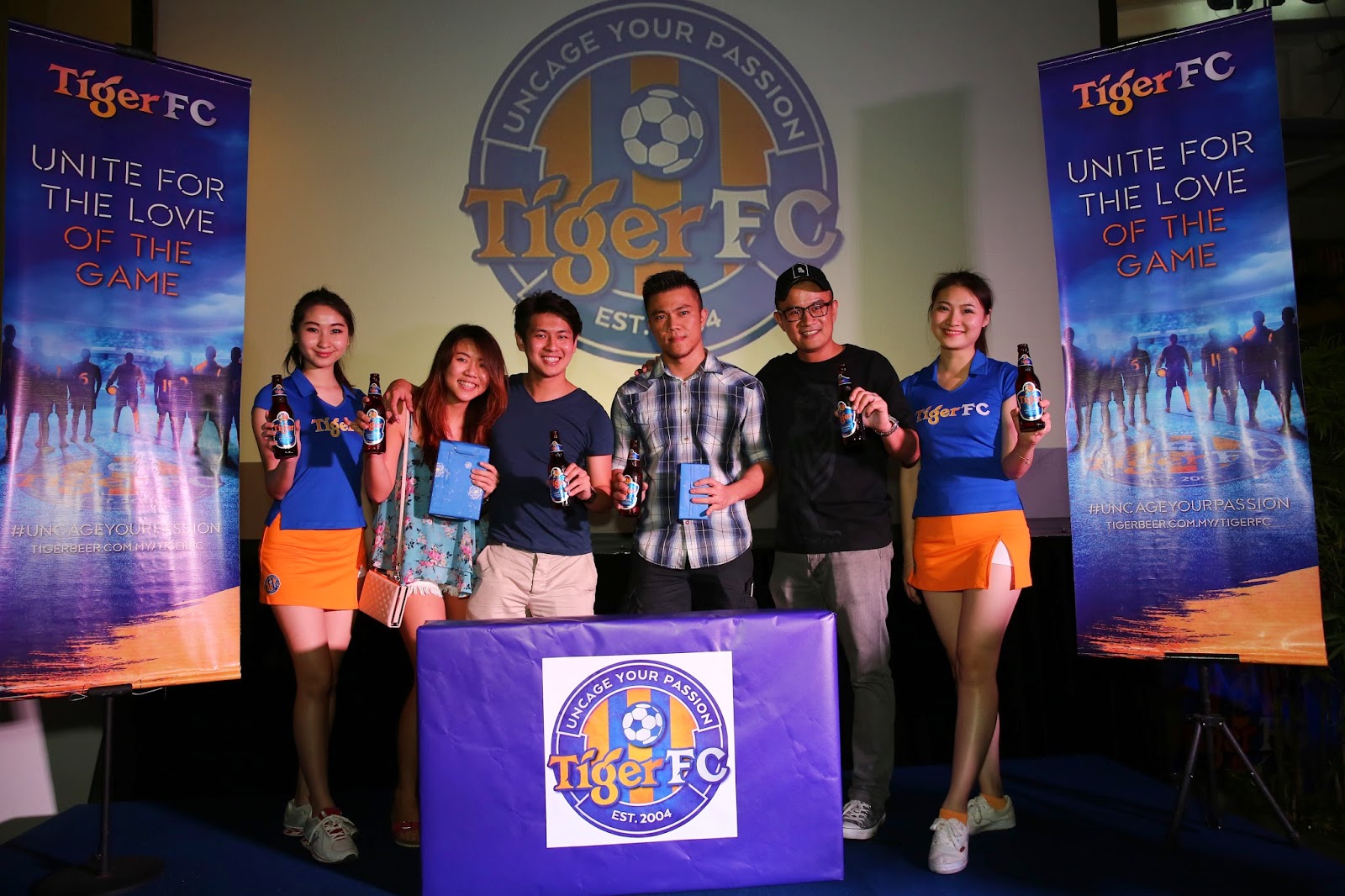 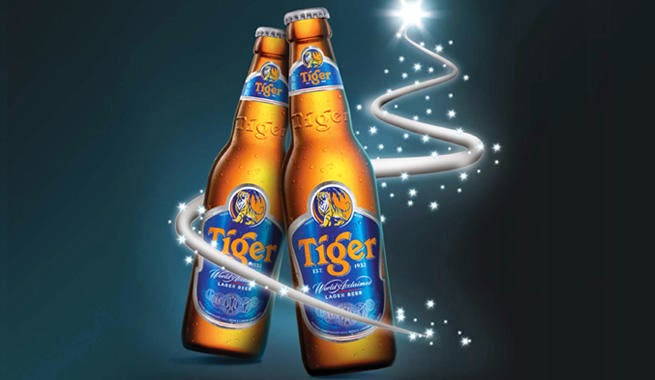 Everydayfoodilove.co/ angeline-ong-yoga.blogspot.com. Thank you for reading our posts. Our team media coverage touches mostly on lifestyle events and focuses on happening scenes in Kuala Lumpur and Kota Kinabalu. Invite us for food reviews, travel and hotel reviews, KL clubbing reviews and product launches. Our other interests include the movies, technology and photography. Subscribe to my facebook page. Contact us via my email at: angel_line78@hotmail.com or monicaong@hotmail.com or ronco_17@hotmail.com
Advertorial Beer Event GAB Kuala Lumpur