Two years in the making, on the heels of international success ‘ABCD’, Sasi the Don returns with another hit. ‘Daddy Don’ hits airwaves just in time for Father’s Day as a reflection of the current paradigm of parenting in this pandemic. 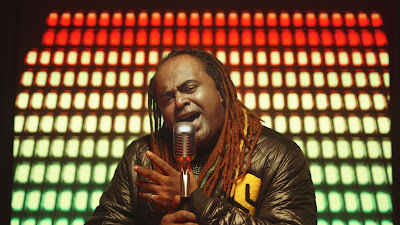 This latest single is rich in Sasi’s trademark reggae styling that has evolved over the last 20 years. These distinctive elements are a culmination of his extensive work with international reggae artistes, and Daddy Don is the perfect marriage between Jamaica and Asia. Paying homage to this fusion of cultures, the song features Ibkinx and Gayathri Vadivel on vocals and was produced by Sasi The Don & D’Navigator.

With unprecedented numbers of fathers stepping up to the plate in the current climate to reclaim their roles, Sasi the Don’s most honest and unabashed work thus far appeals to listeners across the board. In being wholly influenced by his seven-year-old daughter Shanaiya Lakshmi, her input shaped everything from the sentiment to the score of ‘Daddy Don’.

In keeping with this, scenes of his daughter are depicted in the intimate music video that is the embodiment of a love letter from father to child. The selections of visuals meld beautifully with the track to illustrate the vibrant and dynamic nature of the parent-child relationship.

“It’s a whole story-telling experience that could be shared with a lot of people around the world. This song means hard work, it is a lot about me being a dad because it’s a journey. This is my part of talking about daddies because I think they are unsung heroes,” he explains.

Set for release on Friday, 19th June, Sasi puts his thoughts into perspective, “It took some time because I was not sure I was going in the right direction. I changed the lyrics five times. The chorus is something that’s easy for kids to catch. I may have come up with it unconsciously, but it is heavily influenced by my daughter.”

While the title ‘Daddy Don’ speaks volumes, Sasi acknowledges that the words ‘father’ and ‘daddy’ are dynamic in their meaning, “Not everyone is a dad. Many of them neglect their children. Those are not daddies. This song is not for them. This song is for the loving men. Even in divorce, you can still love your ex-wife. You can still appreciate what you share today - your kids.”

The negative connotations evoked by the word ‘don’ are turned on their head through this through the powerful message that comes across, “The word ‘don’ is very powerful and depicts a leader. Today we look at things in a positive way right. ‘Daddy Don’ is a daddy who is on top of this world. He’s on top of everything that he does, and he’s got it under control. He is not easily broken or shaken; and while a daddy could be weak, he could always become a don through this journey through fatherhood. Daddy Don doesn’t wait for people knock on his door. He goes out and makes things happen as the catalyst of the family.”

In further recognition of the changing family structures and roles, ‘Daddy Don’ is a message to everyone who plays the role of the father, i.e. stepfathers, single mothers, uncles, and even children, “It’s a privilege to be a daddy. You don’t wake up in the morning and say, ‘I want to be a father.’ It’s something that comes to you.”

‘Daddy Don’ pays tribute to the fundamental relationship parents have with their children that shapes both their lives, “I’m more proud of being a dad than of being Sasi the Don. It is what grounds me.” It engages in the ideology that embracing the role of ‘daddy’ means more than just being present. It means nurturing and being in the moment with someone who is dependent on you.

“Children start creating this personality at a very young age that is totally a reflection of their parents,” Sasi continues, “You can never underestimate the role of a dad. Daddy Don is a song about how daddies complete the journey of their child.”

There is no time more important than now for seeing which role models are just fathers, and which are ‘daddies’. Sasi’s advice for those struggling with balance is, “For daddies, always create memories within your means. Yes, you go the extra mile, but do not do something extraordinary beyond your means. Do your best, and be your best.”

The song is released and distributed By Sony Music Malaysia. ‘Daddy Don’ is set for release on Friday, 19th June 2020.

Sasi the Don, aka Sasidharan Chandran, is a key driver of Malaysia’s creative industry. His influence has spanned two decades and while music is what drives his soul, he has found his niche in advertising. His great passion for the behind-the-scenes aspects of creative work have led to the founding of Creative Lions Asia, his content marketing agency.

Having years of industry experience in this field, with corporations such as Group M, McCann Worldgroup, IPG Media Brands, Zenith Media, etc., Sasi has helmed Creative Lions Asia for close to half a decade. They specialize in helping clients achieve creative solution in the areas of content creation, digital marketing strategies, as well as sponsorship marketing. 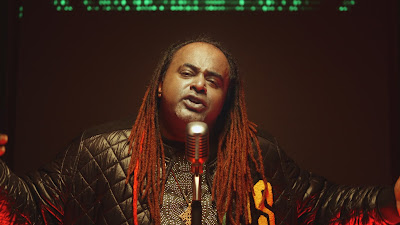 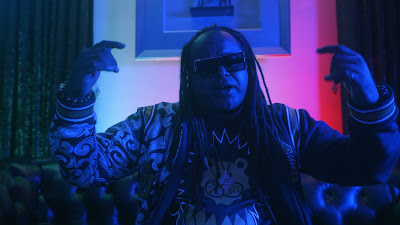 SASI THE DON - A PROFILE
Sasi The Don, an award winning artiste and producer from Malaysia, has released 5 albums to date and is currently working on his new album titled “Timeless”. He has been performing and recording albums as a maintream artiste since the year 2000.

Known to many, as the Reggae Ambassador of Asia, Sasi The Don was the first Reggae Artiste from Asia to be given that title by the International NGO for Reggae Music and Creators known as “Reggae Ambassadors Worldwide” in 2002.

Sasi The Don has sold more than 100,000 copies of his albums. He is the first Solo Malaysian Tamil artiste to break mainstream performing Original Tamil songs to non-Tamil audience.

He is popular for his music works, especially in his collaborations with Regional and International Acts. To date Sasi The Don holds the record for most number of songs through collaborations in his career.

He has a great mix of Chart Busting hits created with some of the finest names in the music business. These artistes with whom he has collaborated with include Amy Search, Zainal Abidin, Anita Sarawak, Apache Indian (International), Dr.Alban (International), Maxi Priest (International), Jaclyn Victor, Amy Mastura, Ning Baizura and Namewee.

He has won and has been nominated for multiple music awards in the region, including Anugerah Industri Musik Malaysia, Bintang Popular, Anugerah Era, Anugerah Juara Lagu, Anugerah MACP, Anugerah Planet Musik and the list goes on.

His most reputable award would be MACP’s recognition for Artiste with Most Played English Song in 2009 and Most Popular Solo Artiste for the Malaysian Indian Music Industry Awards in 2002. He has made tremendous impact with musical works and as a performer.

Sasi The Don has had the opportunity to perform in many countries around the world since 2007. His music has taken him on journeys to London in 2010 for his first Solo Showcase; he performed in Mumbai for Nokia Music Connects in 2007 and 2010.

In 2010, Sasi The Don performed in Hong Kong for the Music Matters Festival representing Malaysia. Following that, Sasi The Don has made stage appearances in Vietnam, Amsterdam, Barcelona, Thailand, Sweden, Singapore, Mauritius, India and Lithuania.

Since his humble beginnings, Sasi The Don has had the opportunity to be on the stables of some leading record labels. He has been an artiste of Positive Tones, Sony Music, Universal Music India, Times Music India and currently back again with Sony Music.

After the success of his collaboration with Songstress Anuradha Sriram back in 2018 with the big hit ABCD, Sasi The Don now embarks on a new release titled Daddy Don. The song is dedicated to all fathers around the world and definitely to single mothers who live their lives being fathers to their children as well. Every Father is a Don, and Sasi believes that Daddies are a product of love and affection and he was inspired to write this song as a testimony for all the wonderful fathers around the world. He is passionate about celebrating fathers and mothers every day, letting this song reach out to all the wonderful families around the globe.

It is time for an English song,he says. Sasi who has numerous songs made in English has made hits that have entered many Reggae Charts and Playlists around the world. Being a household name of Reggae Music in Asia, Sasi The Don is no stranger to the International Reggae Arena.

He is well noticeable with his dreads and image as a Reggae personality. Being born in Malaysia and Mixing Reggae with A Strong Fusion of Indian and Asian Classical elements is the magic he brings in most of his songs.

Sasi The Don is a reputable Composer, Song Writer and Producer from Malaysia. With his diverse influence in music, where he grew up listening to rhythms of Apache Indian, Dr.Alban, Shaggy, Bob Marley, Maxi Priest and Ar.Rahman.

Sasi The Don’s songs are melodic and they come in a package made of Catchy Beats, Lyrics and Bass Line. He has adapted the Jamaican Accent (Pattwa) and Music (Reggae) through the years of influence since his early school life.

Now with the release of the new song Daddy Don, he seeks to spread Positive Messages to families and fathers all around the world and his new album being the 6th album is in the pipeline for release in 2020.