Part of the trilogy of landmark new venues by Aqua Restaurant Group at Tai Kwun, The Dispensary is an eclectic lounge bar that sits between two British and Chinese restaurants on the top floor of the beautifully transformed colonial Central Police Headquarters building where the Officers’ Mess was located. 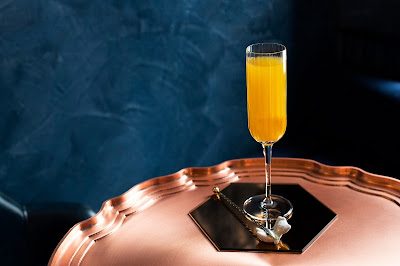 An opulent dining and drinking destination in its own right, The Dispensary offers an additional extensive list of wines, spirits and artfully concocted signature creations to complement its neighbouring counterparts, Statement and The Chinese Library. Like the two restaurants, the drinks mirror both the British and Chinese aspects of Hong Kong’s heritage, incorporating arresting stories of the police who made the building their home for over 100 years. 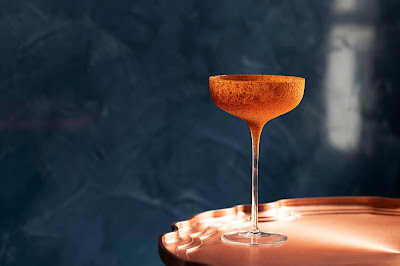 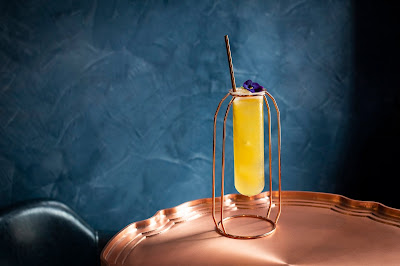 The British Collection includes The Crown, a unique drink which Vannoni says was inspired by reading that Her Majesty was fond of carrot juice. A fresh and revitalising drink, it includes Tanqueray Gin shaken with Campari, lemon juice, rhubarb cordial and of course carrot juice mixed with aromatic Peychaud’s Bitters. 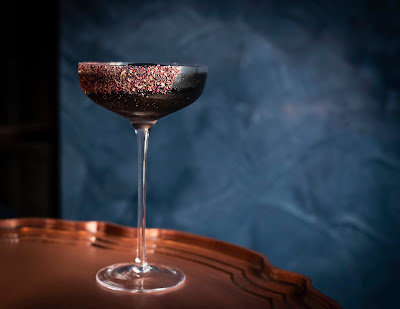 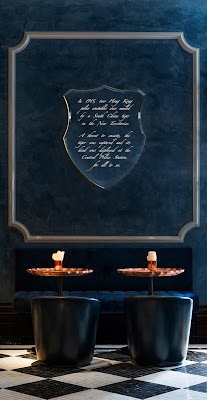 Brave Burlingham meanwhile is named after the policeman who was said to have killed a tiger in a dramatic showdown in the New Territories after it had mauled two of his colleagues and local villagers. This crafted cocktail gives a nod to one of two large shields on either side of The Dispensary bar which commemorates the 1915 tiger incident. It features Plantation 3 Stars White Rum infused with charcoal for a striking black hue. Served over a block of hand-chiseled ice and decorated with crushed dry rose petals mixed with sugar, the libation also boasts Luxardo Maraschino, almond syrup, grapefruit juice and fresh lime juice for a refreshing sweet kick.

Vet’s Antidote is a potent combination of Bulleit Bourbon and Mancino Rosso and absinthe aptly named after a police doctor who was affectionately known as “The Vet”. Topped with a mint chocolate treat and boasting a glimmering gold lustre this after-dinner digestif will warm and restore the senses to see off the most unwanted ailments. 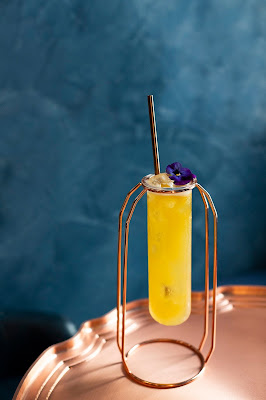 The Chinese Collection features the Mango Tree, which is an ode to the 60-year-old mango tree which to this day stands within the grounds of the old Central Police Station. An abundance of fruit was said to imply that there would be either a large number of police promotions, or a lot of new cases solved that year. Mango Tree is inspired by a bellini with Kamm & Sons, mango puree and almond syrup topped with prosecco. Presented on a mirror to give a reflection of the glass, the drink is served alongside a bronze stirrer perched on a china cat that is actually a chopstick holder. The mix is best enjoyed stirred, allowing each ingredient to showcase its unique contribution.

Opium Old Fashioned gives an Oriental twist to the classic old fashioned, with Bulleit Bourbon infused with Oolong tea, honey, mandarin and Angostura Bitters served with a smoky mist on the rocks. In keeping with its Chinese heritage, the cocktail is served within a miniature bamboo dim sum basket which opens with a dramatic puff of aromatic applewood smoke.

The Dan Tat is a reimagined version of Hong Kong’s favourite egg tart that features pineapple rum shaken with a milk-infused egg tart, and cream soda cordial finished with lemon and nutmeg. This innovative concoction takes over twelve hours to create and conjures up a creamy dessert flavour and texture. Served in a dainty Chinese teacup, the Dan Tat is perfect for post-prandial enjoyment as a sweet indulgence.

To complement these cocktails, The Dispensary serves a selection of nostalgic British and Chinese bar snacks. British snacks include the likes of savoury Pork Crackling with Apple Sauce and sweet Chocolate Cherry Teacakes, whilst the Chinese snacks include Yunnan Ham on Tofu Crisp and irresistible Deep-fried Chocolate Hazelnut Balls. The bar snacks are available to guests both inside The Dispensary and also outside on each of the restaurants’ spacious verandahs. Aptly named; Beijing and Shanghai on The Chinese Library side with Queen Victoria and Queen Mary on the Statement side, guests can choose to overlook Hollywood Road or gaze out at Tai Kwun’s magnificent Parade Ground.

The walls are adorned with two specially designed mirrored shields inscribed with historical tales of the building’s past; including one about the mighty South China tiger and one sharing the history of the original police officer’s mess. The area where The Dispensary stands today is in fact the same area within the officers’ mess where the police officers were rumoured to have their off-duty bar, and its black and white tiled floor is similar to how the original floor of the Mess would likely have been.

The three stunning venues together occupy the entire top floor, an expansive 15,000 sq foot, of the old Police Headquarters building which dates back to 1919. The Dispensary stands alongside two of Aqua Restaurant Group’s new landmark venues, which together evoke the story of Hong Kong’s colourful history. The bridge between East and West, it sits between modern British restaurant, Statement, and The Chinese Library; a restaurant which presents the best loved dishes from the various Chinese cuisines that were brought to Hong Kong by the different waves of migrants who have made Hong Kong the vibrant and successful city that it is today. 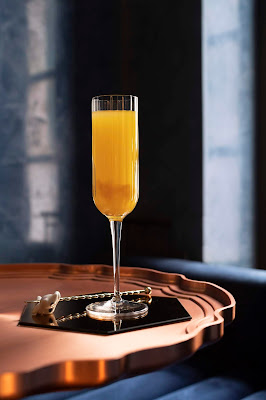 Everydayfoodilove.co/ angeline-ong-yoga.blogspot.com. Thank you for reading our posts. Our team media coverage touches mostly on lifestyle events and focuses on happening scenes in Kuala Lumpur and Kota Kinabalu. Invite us for food reviews, travel and hotel reviews, KL clubbing reviews and product launches. Our other interests include the movies, technology and photography. Subscribe to my facebook page. Contact us via my email at: [email protected] or [email protected]
Advertorial Hong Kong