Part of the trilogy of landmark new venues by Aqua Restaurant Group at Tai Kwun, Statement is located on the top floor of the West Wing of the beautifully transformed old Central Police Headquarters building which dates back to Hong Kong’s early years as a British colony. 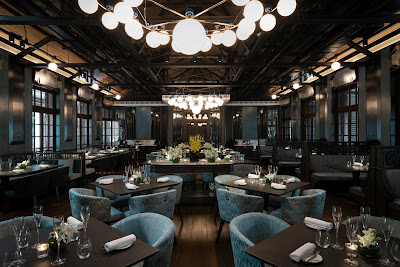 In keeping with the building’s history as a Police Station, the name Statement is a light-hearted reminder that most of the building’s past visitors would have probably come here to give one. 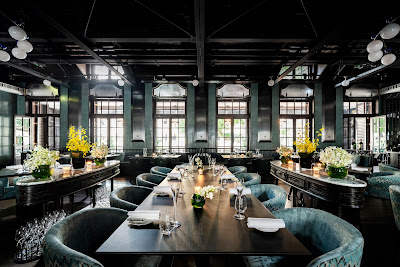 Statement’s modern British culinary philosophy is all about the provenance of the ingredients, which are carefully sourced from the finest purveyors in the British Isles, and a strong focus on revising and updating some of the cooking techniques for which Britain was historically famous. Roasting, braising and stewing so as to slow-cook ingredients and bring out the best flavours has been a characteristic of British cooking for centuries and is used to great effect at Statement. 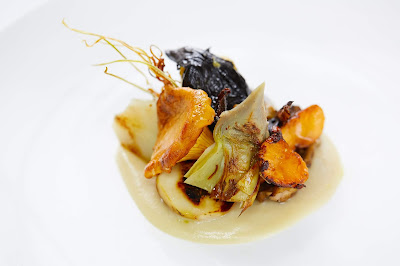 Even simple ingredients such as the cabbage that is deliciously combined with scallops in the signature starter Pan-fried scallop, smoked cabbage heart with Welsh laverbread butter is painstakingly cooked for four hours, and the sauce includes Welsh seaweed that is specially sourced to add an authentic British seafood flavour. Whilst the Heirloom beetroot ravioli with aubergine & red pepper, kaffir lime yogurt starter presents delicate folds of vibrant beetroot which are hand-filled with roasted and over-smoked vegetables, topped with crushed pistachios and refreshing hints of lime. 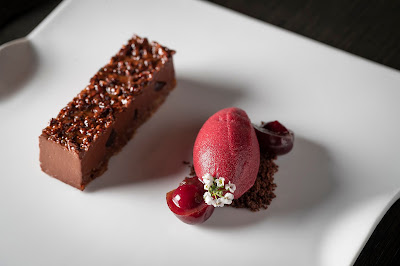 The vast majority of the ingredients at Statement are in fact sourced and imported directly from the finest suppliers in the British Isles, including for instance the prized duck from the Gressingham Farm in Suffolk. Gressingham duck is a special breed; the birds are allowed to roam freely both inside and outside whilst being fed a diet of grains and oats. The meat is therefore richer and leaner, as you can taste in the delicious Slow-cooked Gressingham duck with plum sauce and salt baked carrot. 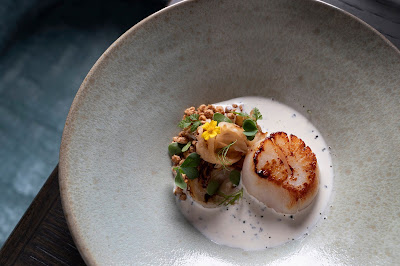 “In the old days, Royal kitchens would have had all kinds of pots and pans simmering overnight to cook for the Royal Household. We don't use the same techniques but it’s the same philosophy,” says Founder David Yeo. Among the signature dishes for instance is a melt-in your mouth Slow-cooked 24-hour marinated braised British oxtail, with potato puree and heritage tomato compote which oozes with rich flavours that have been simmered overnight. 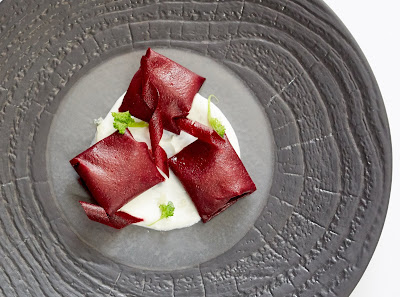 Statement Chefs also receive weekly updates from farmers in the West Country and fishermen in Cornwall on the latest harvests and catches so the menus offer the best of what is seasonally available. 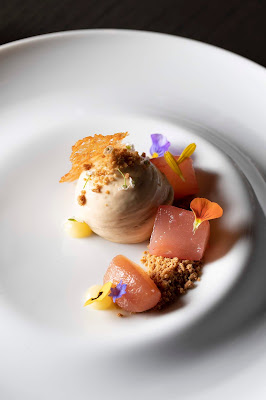 Among other interesting British touches, Statement hand-churns its own butter uniquely and lightly infusing it with Marmite, Britain’s famous dark yeast spread. Farmhouse bread is served on a rustic wooden board with a choice of two butters.

The dessert menu also offers some great British puddings that are equally bursting with rich flavours. Chocolate mousse with British cherries and a black cherry sorbet indulgently pairs tart cherry flavour against sinfully sweet chocolate, while Cranberry poached pear with buttermilk caramel mousse and Scottish shortbread draws on an original shortbread recipe that has been passed down through generations. 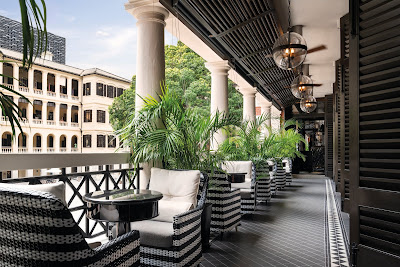 The reimagined century-old space, which is completed with original wooden floors, high colonial-style pitched ceilings and full-length period windows, gives the dining room an air of grandeur seldom seen in any restaurant in Hong Kong.

Yet the atmosphere is far from formal, and the shimmering blue-green fabrics, artful lighting and wooden tables with sparkling glassware create an atmosphere of understated contemporary glamour.

All along the side of the restaurant are very generously proportioned private booth dining areas which are ideal for a romantic tryst or a quiet tête-à-tête. But if you want to be in the centre of the action, choose one of the unusually long communal tables set in the middle of the dining room.

From this main room, large colonial doors sweep open to an expansive original verandah with black and white tiled floors, colonial style furniture and hanging balcony lamps, overlooking the Tai Kwun Parade Ground where officers of the law once stood on ceremony but now visitors mill around and performances are sometimes held.

Statement is part of a trilogy of three landmark new venues which together evoke the story of Hong Kong’s colourful history. The others are The Chinese Library featuring Hong Kong’s favourite Chinese dishes from the different provinces of China, and an atmospheric lounge and bar, The Dispensary. The stunning spaces occupy the whole floor, more than 15,000 sq foot of the old Police Headquarters Block.

Everydayfoodilove.co/ angeline-ong-yoga.blogspot.com. Thank you for reading our posts. Our team media coverage touches mostly on lifestyle events and focuses on happening scenes in Kuala Lumpur and Kota Kinabalu. Invite us for food reviews, travel and hotel reviews, KL clubbing reviews and product launches. Our other interests include the movies, technology and photography. Subscribe to my facebook page. Contact us via my email at: [email protected] or [email protected]
Advertorial Hong Kong