Make a better choice for this Chinese New Year. According to the FengShui the color of Coca-Cola drink will bring more prosperity for the year of dog 2018. Coca-Cola Stevia 35% less sugar sweetened with a sweetener derived from stevia leaf, promising flavor profile without a bitter aftertaste. 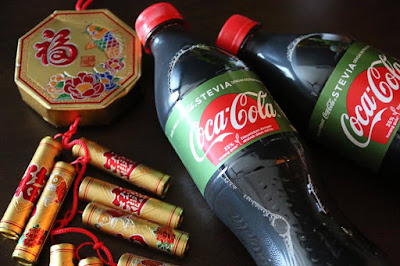 Coca-Cola Malaysia has introduced Coca-Cola Stevia, a lower-sugar cola sweetened from natural sources. Coca-Cola Stevia delivers the same great taste you would expect from Coca-Cola Classic but with 35% less sugar, achieved by using a combination of sugar and the sweetness of Stevia. 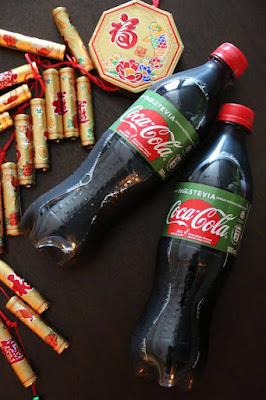 Coca-Cola Stevia is available at 7 Eleven outlets nationwide from January 2018. From March 2018 onwards, it will be available nationwide in all major retailers. It is the latest addition to the Coca-Cola family which currently includes Coca-Cola Classic, Coca-Cola Light Coca-Cola Zero Sugar and Coke Vanilla 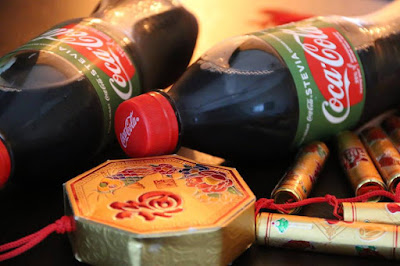 “We are continually listening to the people who love our brands and beverages, and looking for ways to anticipate and satisfy their desires and needs. In Malaysia, we know that consumers are increasingly concerned about sugar, and they want greater control and choice. Some consumers enjoy the taste of our beverages but would like to reduce their sugar and calorie intake,” said Ahmed Yehia, Country Manager for Malaysia, Singapore & Brunei, The Coca-Cola Company.

“This is the reason why we decided to introduce Coca-Cola Stevia, which has the same great taste they would expect from Coca-Cola Classic, but with 35% less sugar, achieved by using a combination of sugar and the natural sweetness of stevia now, to give consumers even more options, and they can better choose whichever Coca-Cola suits their taste, lifestyle and diet – with or without sugar, with or without calories,” he added.

Stevia, a no-calorie sweetener, is derived from the leaf of the stevia plant. The Stevia plant is from the chrysanthemum family and its leaf is a unique source of intense, natural sweetness. 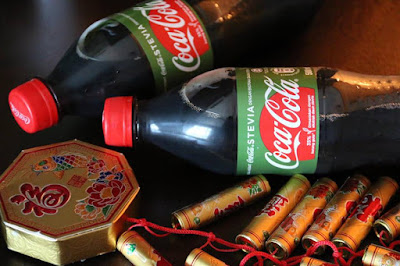 With the addition of Coca-Cola Stevia to the Coca-Cola family in Malaysia, there is now a Coca-Cola for everyone.

Pick up a bottle of Coca-Cola Stevia at your nearest 7-11 to enjoy a great-tasting soft drink that is lower in sugar and sweetened from natural sources today!

Coca-Cola has invested RM1 billion in Malaysia since 2010, creating more than 800 jobs and touching over 75,000 customers directly with a total reach of over 200,000 customers across Peninsula Malaysia and East Malaysia. Through its programmes and partnerships Coca-Cola Malaysia aims to make a lasting positive difference in the local community.

From recycling through partnership with the Malaysian Nature Society and Universiti Putra Malaysia (UPM), to working with Raleigh International and Muslim Aid Malaysia to provide access to clean water for more than 22,000 villagers in rural Sabah, and economically empowering women through the Coca-Cola KU entrepreneurship programmes – Coca-Cola is committed to building sustainable communities in Malaysia. 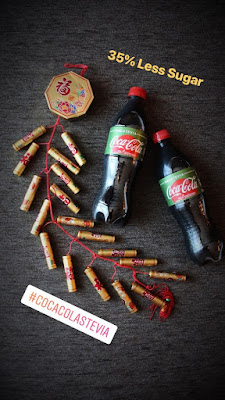 About The Coca-Cola Company
The Coca-Cola Company (NYSE: KO) is the world's largest beverage company, refreshing consumers with more than 500 sparkling and still brands and more than 3,800 beverage choices. Led by Coca-Cola, one of the world's most valuable and recognizable brands, our company’s portfolio features 20 billion-dollar brands, 18 of which are available in reduced-, low- or no-calorie options. Our billion-dollar brands include Diet Coke, Coca-Cola Zero, Fanta, Sprite, Dasani, vitaminwater, Powerade, Minute Maid, Simply, Del Valle, Georgia and Gold Peak. Through the world's largest beverage distribution system, we are the No. 1 provider of both sparkling and still beverages.  More than 1.9 billion servings of our beverages are enjoyed by consumers in more than 200 countries each day. With an enduring commitment to building sustainable communities, our company is focused on initiatives that reduce our environmental footprint, create a safe, inclusive work environment for our associates, and enhance the economic development of the communities where we operate. Together with our bottling partners, we rank among the world's top 10 private employers with more than 700,000 system associates.

For more information, visit Coca-Cola Journey at www.coca-colacompany.com, follow us on Twitter at twitter.com/CocaColaCo, visit our blog, Coca-Cola Unbottled, at www.coca-colablog.com or find us on LinkedIn at www.linkedin.com/company/the-coca-cola-company.

Everydayfoodilove.co/ angeline-ong-yoga.blogspot.com. Thank you for reading our posts. Our team media coverage touches mostly on lifestyle events and focuses on happening scenes in Kuala Lumpur and Kota Kinabalu. Invite us for food reviews, travel and hotel reviews, KL clubbing reviews and product launches. Our other interests include the movies, technology and photography. Subscribe to my facebook page. Contact us via my email at: [email protected] or [email protected]
7-11 Advertorial coca-cola Drinks