The Return of ESL One Asia!

Genting Highlands, 20 January 2018 - Resorts World Genting is proudly returning as host of professional esports tournament ESL One Genting 2018 for the second time. Together with ESL, the world’s largest esports company, thousands of fans are going to witness the best Dota 2 action on January 23-28, 2018. This event marks the third official Minor tournament of the year, as the top 16 Dota 2 teams will not only battle over a prize pool of $US400,000 but also for 400 coveted Qualifying Points that are collected to determine the eight direct invites to The International 2018. As the winner of the best esports event of the year at the Spia Asia – Asia’s Sports Industry Awards & Conference in 2017 – this year’s ESL One Genting promises to be even bigger and better than in 2017. 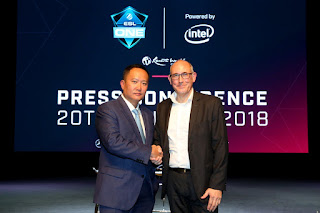 ESL has forged a multiyear collaboration with Resorts World Genting for the second year running after ESL One Genting 2017 as part of the expansion of the esports scene in Southeast Asia with further plans in the future.

A press conference is held today at the Genting International Showroom, Resorts World Genting ahead of the event. Both Frank Sliwka, Chief Operating Officer at ESL Asia and Vice President of Promotions & Entertainment Kevin Tann from Resorts World Genting were at the press conference to give their respective speeches, followed by a screening of the ESL One aftermovie 2017 and a photo and Q&A session. Numerous Dota 2 cosplayers were around to bring the fantastic champions of Dota 2 to life. 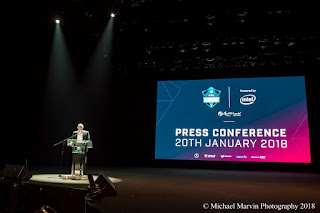 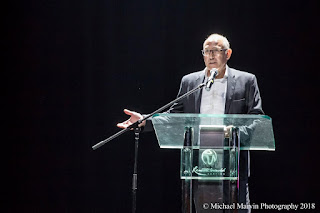 “After our first installment in 2017, we already knew that it wouldn’t be our last event in Genting. The passion we have witnessed from the community on-site and the huge support from our partners at Resorts World Genting showed us how enthusiastic the Malaysian Dota 2 fans are,” said Frank Sliwka, ESL Asia Chief Operating Officer at ESL. “We are excited to work with RWG in the future to further establish esports in the Southeast Asia region to bring our content to people from all over the world.

The ESL One broadcast team for 2018 features an exciting team of notable faces from the world of esports to bring fans the Dota 2 live action. Eri Newman, who has hosted multiple ESL One tournaments including ESL One Manila 2016 in his home country, will be leading the talent team as stage host. Paul “Redeye” Chaloner as desk host and sideline reporter Jacob “SirActionSlacks” Kanner are familiar faces to the Dota 2 community. Owen “Odpixel” Davies and Austin “Capitalist” Walsh will complete the line-up as commentators to add their thrilling and witty observations to the game. 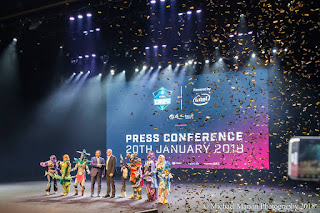 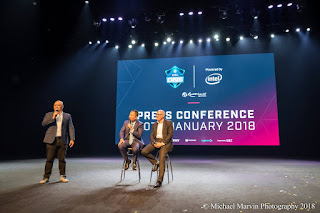 In 2017, more than 5,000 fans attended ESL One Genting on each of the three main event days, whereas over 11.4 million viewers consumed around 4.5 million hours of content online. The two teams Newbee and Digital Chaos fought their way up to the Grand Finals, delivering thrilling matches. It was Digital Chaos who eventually took home the ESL One trophy and US$125,000 in prize share. 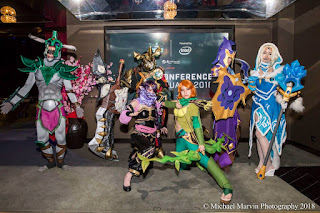 For those who did not manage to get tickets for the almost sold-out main event, a group stage public viewing at the Genting International Showroom will be available for the preliminary rounds leading up to the finals from 23-25 January. Tickets are priced at RM20 for 3 days access. 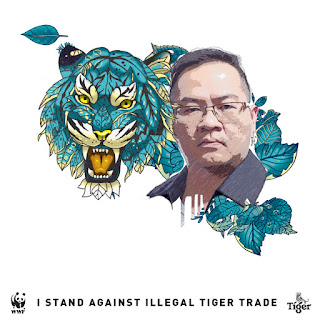 Everydayfoodilove.co/ angeline-ong-yoga.blgspot.com. Thank you for reading! We are currently expanding our reach in South East Asia to bring more for your next leisurely consideration. Our media team does media coverage for a wide variety of topics, ranging from Lifestyle events, HoReCa (Hotel, Restaurant and Cafe) reviews, Upcoming Clubs and Product launches. Our other interests also include but are not limited to dance, fitness, movies, technology and photography. Please subscribe to our facebook page. If you would like to get in touch with us, please contact us via email at [email protected], [email protected], or [email protected].
Advertorial DOTA2 ESL One Resorts World Genting