AkTION Series Launched to Attract both Domestic and International Tourists – Langkawi, a world-renowned destination for leisure tourism, plans to expand its horizon by inviting nature and sports lovers to its islands. Organiser E-Plus Global Sdn Bhd and supporter Langkawi Development Authority (LADA), expands the successful pilot project of Tuba Trail Run in April to a triple treat for eco-sport athletes around the world. 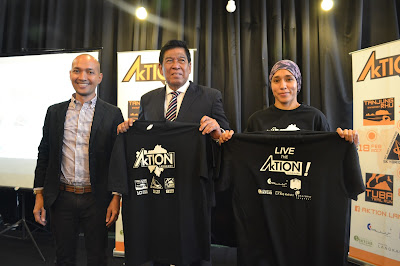 Mountains, islands, beaches, forests and distinct inhabitants that create the 99 thickly forested topical islands located within the boundaries of Langkawi, will host a series of programmes under the umbrella of AkTION including the Tanjung Rhu SwimFest, Mount (Mt.) Mat Chinchang SkyBridge Climb, and the Tuba Trail Run. In 2007, UNESCO declared the Langkawi archipelago as one of 94 globally recognised Geoparks from 27 countries, endorsing its natural beauty, ecological harmony and archeological, geological and cultural significance. 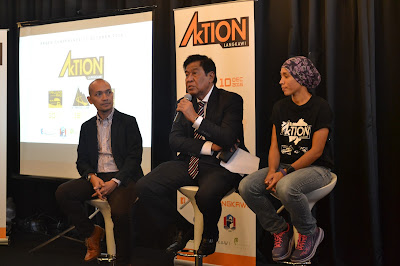 “Langkawi is a well preserved natural habitat and has a unique geographical landscape that provides many opportunities to do eco-friendly sports. In April 2016, Tuba Trail Run was introduced as a pilot project to expose the less visited Tuba Island to the domestic running market. With its success, we are now launching this brand new AkTION series that cover eco-sports on both land and water. Langkawi is well connected with other states within Malaysia, and also from neighbouring countries. Therefore, our intent is to add eco-sports that is suitable for sports enthusiasts of all levels, as a pillar to supplement Langkawi’s popular leisure tourism,” said Iskandar Shahril, Managing Director, E-Plus Entertainment Productions for Singapore and Thailand.

Tan Sri Khalid bin Ramli, Chief Executive Officer of LADA, added that over 400 domestic and international participants joined the Tuba Trail Run in April this year. “LADA has cooperated with E-Plus Global Sdn Bhd to introduce the pilot programme that has resulted in a positive outcome. Moving forward, E-Plus will be incorporating more eco-sport events on many parts of the islands. While conventional tourism promotions will maintain tourism receipts, the implementation of AkTION will capture a new market and new interests towards our islands.” 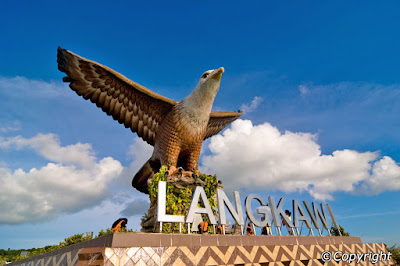 He also mentioned that targets for the 2011-2015 tourism blueprint has exceeded its target of 3 million annual tourists. “In 2015, we received over 3.6 million tourists and expects to achieve 3.8 million this year. We are confident that the implementation of AkTION will boost tourist arrivals in a long run.”

Tanjung Rhu SwimFest
Tanjung Rhu SwimFest, an open water swimming competition happening on 10 December 2016, is available in three categories. The two-kilometer route is suitable for budding swimmers, while the four and six kilometer routes are recommended for multi-sport athletes including triathletes, and long distance swim enthusiasts. Starting by the captivating Tanjung Rhu beach, participants will be able to swim close to international borders, which provides a unique opportunity to experience Malaysia and Thailand in a single location. The Tanjung Rhu SwimFest will be the beach’s first international open water swimming event. 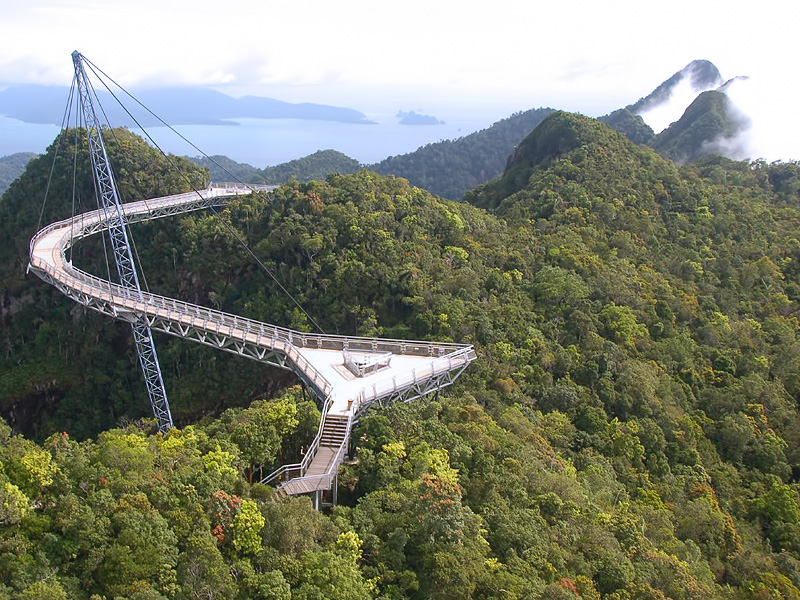 “This will be the first time we are opening the trail for a race. While the general public enjoy the journey up to Mt. Mat Chinchang by cable car, trail enthusiasts can seize the rare opportunity to experience it through the climb,” said Mohd Ali bin Makkit, Chief Operating Officer of Panorama Langkawi Sdn Bhd. 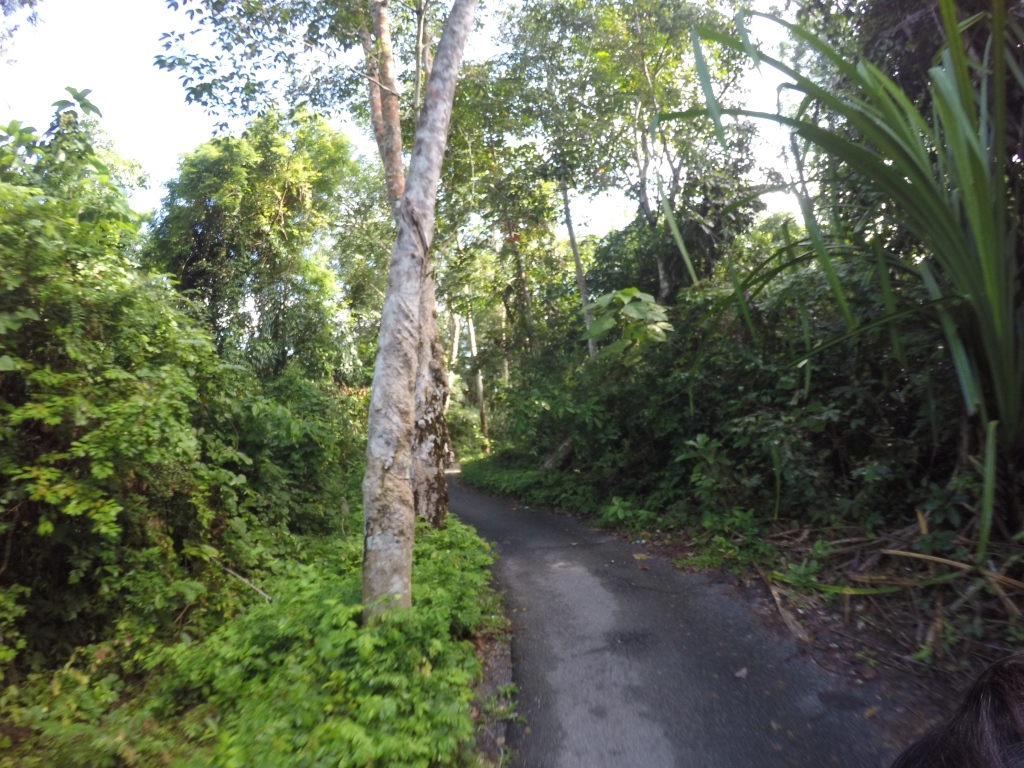 Tuba Trail Run
With 99 tropical islands lie within the boundaries of Langkawi, it is impossible to discover every single forest. Tuba Trail Run, a project to provide exposure to the less explored islands of Pulau Tuba and Pulau Dayang Bunting, will return on 8 April 2017 and continue to be an eye-opener for first-timers and returning participants as they explore deeper on the islands’ distinct culture. The 2017 edition will offer three varied distances, including a 4-kilometer fun run, a new 15-kilometer route and the 30-kilometer route to cater to runners of all levels. 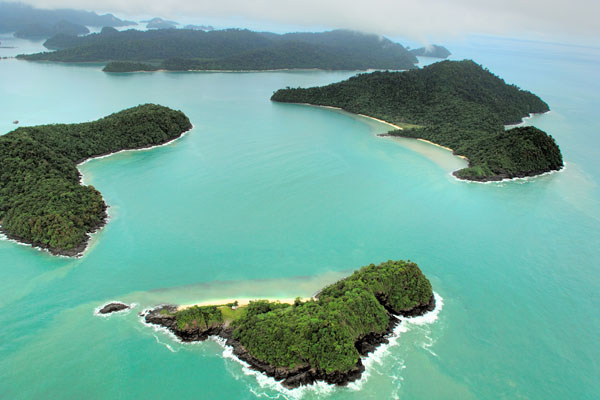 “Langkawi will yield many benefits from AkTION. Increase in tourism receipts driven by sports tourism, the showcase and exposure of Langkawi’s less explored landscape and environmental preservation will lead to a long-term positive economic outlook and prosperity,” concluded Tan Sri Khalid.

ABOUT LANGKAWI DEVELOPMENT AUTHORITY (LADA)
Langkawi Development Authority (LADA) was established by the Federal Government of Malaysia to plan and promote, and also carry out development in Langkawi. LADA was officially established on March 15, 1990 and after that started to promote Langkawi as a tourism destination especially on the MICE segment. Langkawi is the first UNESCO Global Geopark in Malaysia and Southeast Asia.
www.lada.gov.my

ABOUT PANORAMA LANGKAWI SDN BHD
Panorama Langkawi Sdn Bhd (PLSB) is a wholly-owned subsidiary of Syarikat Prasarana Negara Berhad (SPNB). On 6 January 2003, PLSB has taken over the operation of the cable car system from the former operator known as Langkawi Cable Car Sdn Bhd (LCCSB). On 1 August 2012, Langkawi Development Authority bought over the management of the cable car system from SPNB via its subsidiary, LADA Eco-Tourism Sdn Bhd. The Langkawi cable car system, currently known as SkyCab, has received numerous world-class recognitions and awards such as The Outstanding Tourism Product in Langkawi Tourism Indsutry Awards 2010/2011, The Malaysia Book of Records for having the Longest Free Span Mono-Cable Car and the First Stand Alone 360° Panorama Screen Dome Theatre as well as the Certificate of Excellence by TripAdvisor in 2014 and 2015. PLSB, which has now developed and introduced diversified entertaining products other than the distinguished Langkawi SkyCab, is ready to give visitors the most memorable experiences and enjoying moments.
www.panoramalangkawi.com

Everydayfoodilove.co/ angeline-ong-yoga.blogspot.com. Thank you for reading our posts. Our team media coverage touches mostly on lifestyle events and focuses on happening scenes in Kuala Lumpur and Kota Kinabalu. Invite us for food reviews, travel and hotel reviews, KL clubbing reviews and product launches. Our other interests include the movies, technology and photography. Subscribe to my facebook page. Contact us via my email at: [email protected] or [email protected]
Adventures Advertorial Aktion Event Langkawi Tourism