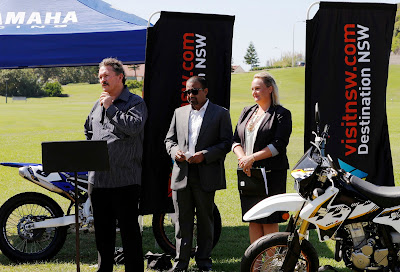 ASG, the exclusive rights holder of the FIM Asia Supermoto Championships sanctioned by the Federation Internationale de Motocyclisme of Asia (FIM Asia), has embarked on a journey to promote supermoto as a major motorsport event in the region. The first series of championship held in 2015 featured over 18 top international riders from 12 countries including Brunei, China, Indonesia, Japan, Korea, Latvia, Malaysia, Singapore, Sri Lanka, Taiwan, Thailand and United Kingdom.

“Supermoto is an emerging sport in the Asia Pacific region, with surging interest towards the profession. This deal with Newcastle will further expand the sport’s reach in the Oceania region, creating a rapidly growing platform that will engage and entertain two-wheel motorsport enthusiasts for years to come,” said Mayachandran.

He added that Newcastle is an ideal ground to kick start the 2016 series with its quality infrastructure, amenities and sizable fan base. “Kuala Lumpur and Bangkok will also be selected to host the championship. Dates for these cities will be announced soon.”

Supermoto, a race that combines various exciting elements of motocross, dirt track and road racing in one discipline. Courses feature jumps, tight hairpin turns, and high-speed straights on both dirt and asphalt surfaces. Tracks and venues can vary considerably, allowing races to be held at racing circuits, sports stadiums, on open car parks and on closed-course city streets. This unique sport offers pure excitement and adrenaline-filled fun for the spectators, who can be as close to the race as a few metres. 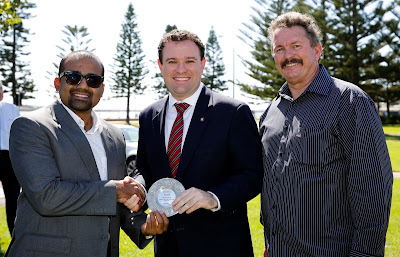 NSW Tourism, Major Events and Sports Minister Stuart Ayres mentioned that the race in Newcastle expects to draw more than 3,300 international overnight visitors over three years with an estimated visitor expenditure of AUD1.9 million (RM5.62 million), in addition to a sizable number of local Australians. “We are pleased that ASG has selected Newcastle as the opening round of the championship series, driving a stronghold amount of visitors, tourists and global supermoto enthusiasts to our city.”

For more information and announcements, follow us on our Facebook at FIM Asia Supermoto Championship and website at www.supermotoasia.com. Enquiries can be e-mailed to [email protected].

ABOUT ASIA SUPERSPORTS GROUP SDN BHD
Asia Supersports Group Sdn Bhd (ASG) is a consortium of 3 companies namely Bikenation Motorsports Sdn Bhd, CW Media Sdn Bhd, and E-Plus Entertainment Productions (M) Sdn Bhd. Collectively, this consortium has over 30 years of experience in the automotive and event industry in Asia. Bikenation Motorsports as the Technical Partner of ASG, bring with them years of experience of managing and organising local and international SuperMoto races. They have promoted this sport to all over Asia and have helped nurture local talents of SuperMoto riders in Asia. CW Media Sdn Bhd, ASG Media Partner, is a motoring publication company, which is also the license holders for Bonnier Corporation (Sweden) which publishes world renowned motorcycle titles such as Cycle World, Motorcyclists and Super StreetBike. In Malaysia, they publish Cycle World Malaysia and On The Road and are also the founders of MotoJamm, an international motorcycle freestyle entertainment event and www.trademysuperbike.com, Asia’s top motorcycle classifieds/ecommerce website. E-Plus Entertainment Productions (M) Sdn Bhd is ASG’s Production Partner, which is one of Malaysia’s and Asia’s top event management agency with over 20 years of experience, managing thousands of world class events. Some of the top events organised are the ATP Malaysia Open, Junior World NBA and Twin Towers Live.
www.asg.my
www.supermotoasia.com

Everydayfoodilove.co/ angeline-ong-yoga.blogspot.com. Thank you for reading our posts. Our team media coverage touches mostly on lifestyle events and focuses on happening scenes in Kuala Lumpur and Kota Kinabalu. Invite us for food reviews, travel and hotel reviews, KL clubbing reviews and product launches. Our other interests include the movies, technology and photography. Subscribe to my facebook page. Contact us via my email at: [email protected] or [email protected]
Advertorial Supermoto Supersports