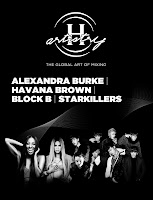 The cosmic finale of this year’s famed H-Artistry – The Global Art of Mixing Trilogy is finally here, featuring a stellar line up of artists from around the world, as well as a trademark mix of sights, sounds and party vibes befitting of a phenomenal climax for 2012’s blazing H-Artistry series. The nation’s most anticipated super-clubbing event is set to take place at the Malaysia International Exhibition and Convention Centre (MIECC) in Mines Resort City this 3 November 2012 from 8.30pm onwards. 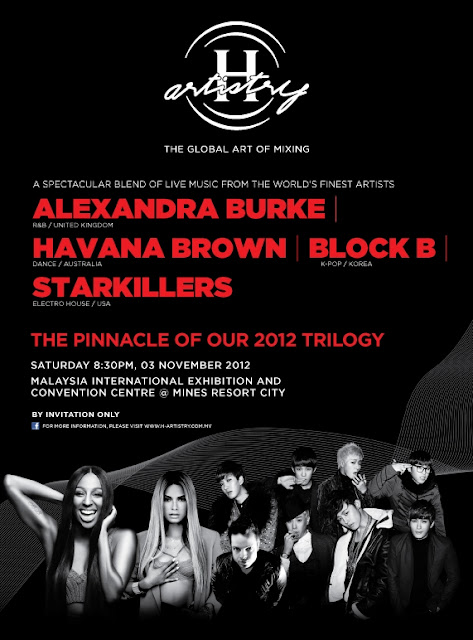 Promising a distinctive and breathtaking party arena draped in red and black, the H-Artistry finale will see the return of the Hennessy Art of Mixing Zone, featuring the Hennessy 360 Cam, as well as the trailblazers of all H-Artistry parties: the signature Hennessy V.S.O.P. long drinks. All this will be nestled within a premium mega-club enclave of the familiar MIECC venue, which is set to undergo a complete H-Artistry overhaul to house the expected turnout of more than 3,500 revellers.

Taking party innovation to the next level, the MY Hennessy Mobile App will enable all revellers to take part in various activities within the Hennessy Art of Mixing Zone, and be rewarded with perks and benefits as they party away at H-Artistry. Prizes such as Hennessy V.S.O.P. bottles and bespoke My Hennessy Night party experiences will be among the rewards for party goers who come armed with the MY Hennessy Mobile App on their smart phones. 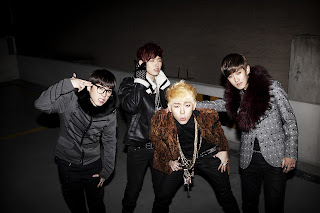 Moving into the main arena from the Hennessy Art of Mixing Zone, party goers will be in for a roller coaster ride of musical genres, styles and cultures from Korea and Australia to the US and UK. Artists set to perform at the H-Artistry finale are: Winner of X Factor and UK’s R&B darling Alexandra Burke; world-renowned Australian DJ vixen Havana Brown, K-Pop boy band heartthrobs Block B, and Las Vegas’ edgiest DJ Starkillers a.k.a. Nick Terranova. 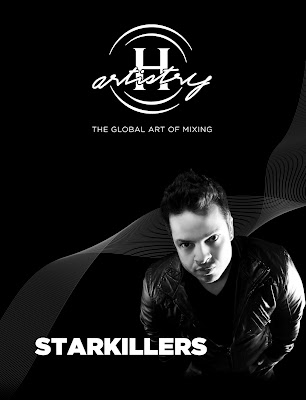 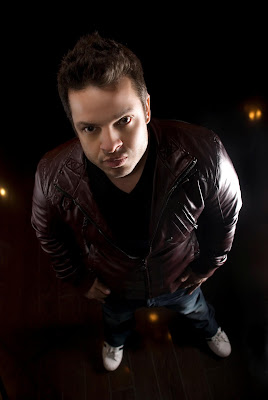 Complimentary mineral will be provided throughout the night, and food stalls will also be available outside the venue for everyone to recharge during and after the event. 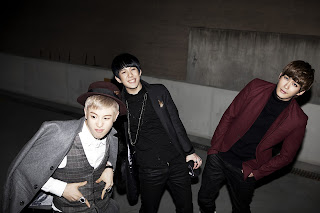 Join in the H-Artistry finale this 3 November by watching this space for your chance to win invites: www.h-artistry.com.my. Also be sure to download the MY Hennessy App NOW from the App Store or Google Play onto your iOS and Android devices. H-Artistry is open to non-Muslims above the age of 18 only. 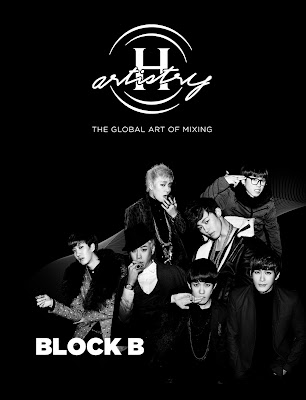 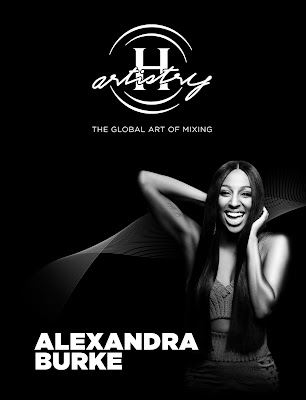 Alexandra Burke
RnB – UK
“I'm not super human, I'm just Alexandra from North London,” says Alexandra Burke. Yes, she is indeed 'just' Alexandra Burke from North London, but she's also the 2008 winner of The X Factor, a three-time chart-topper on the singles chart (her debut, a stirring cover of Hallelujah, sold 105,000 copies on its first day of release) and the creator of a UK number 1 album, Overcome, that features collaborations with the likes of Flo Rida Ne-Yo and RedOne. She can belt out a ballad and she brings energy in abundance once the tempo shifts up a gear.

Like all great pop music, her latest album “Heartbreak On Hold” effortlessly wraps lyrical sadness in songs that make you want to dance. From the frustrated stomp of first single Elephant – a song written about a relationship that was slowly stalling to the exuberant throw-your-cares-away dance rush of second single Let It Go, Heartbreak On Hold is an album that acknowledges the hard times but offers a window of opportunity for people to forget about it all. 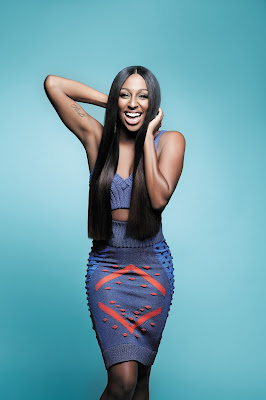 While Elephant and Let It Go both slot nicely into the current pop trend for dancefloor stompers, Heartbreak On Hold also displays Alexandra's love for 90s dance, specifically the emotional house music of Robin S or the soul-inflected dance of Soul II Soul, as heard most obviously on the heart-burstingly bittersweet title track.

Fans can expect a sensational performance as she takes the stage at H-Artistry this 3 November, where her distinctive style of Dance and R&B will be part of a fantastic mix of musical genres, styles and cultures by artists from all over the world.
http://youtu.be/J9iVgw4sv-M - Bad Boys, Alexandra Burke Ft. Flo Rida 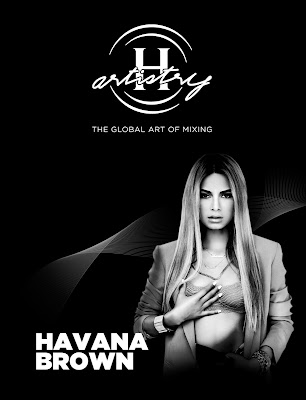 Havana Brown
DANCE - AUSTRALIA
Since firmly establishing herself as a force to be reckoned with in the Australian and international DJ scene, Havana Brown’s hustle hasn’t slowed for a minute. As the only female DJ to sign a major label recording deal in Australia, Havana has delivered on Universal Music’s expectations with multiple releases of her Crave compilation series, all charting and spurning successful national and international club tours. DJ Havana Brown has since put out some hugely successful tracks, and continues to take over Malaysian dance floors and airwaves with the euphoric track “We Run The Night” ft. Pitbull.

The talented Australian DJ also holds down three hugely successful weekly radio spots. With over a 1-million-strong cult following on her weekly sets, Havana owns the Australian and European airwaves through the Austereo network and Radio FG France – one of Europe’s most popular dance radio networks and home to some of the world’s biggest DJ’s including David Guetta, Tiesto, Carl Cox, Armin Van Buuren, Bob Sinclar and others. 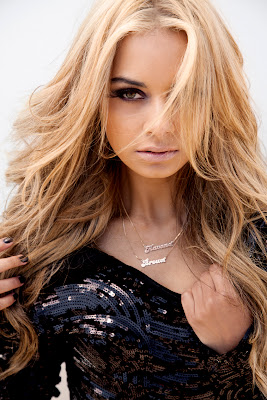 DJ Havana Brown has firmly cemented herself as one of the most successful Australian DJ exports of the decade. Her impressive resume also lists support act for Lady Gaga, The Pussycat Dolls and Rihanna, and a score of exclusive VIP parties and concerts. From the official Grammy's After Party in Los Angeles alongside WILL.I.AM and Paris Hilton’s New Years Eve Party, to the upcoming H-Artistry Finale of The Global Art of Mixing Trilogy 2012 at MIECC, DJ Havana Brown certainly lives up to her title of Australia’s No.1 female DJ. Be there as she “runs the night” with more than 3,500 party goers this 3 November at MIECC.
http://youtu.be/FR6SEjHyo14 - We Run the Night, Havana Brown Ft. Pitbull 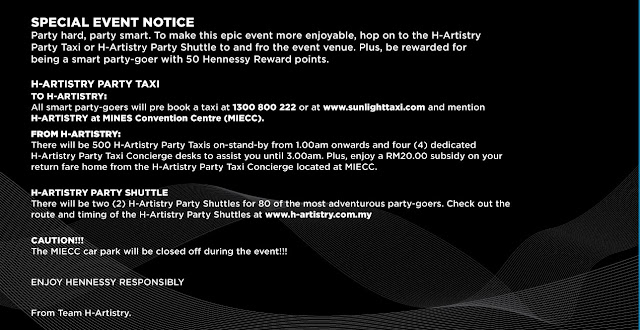 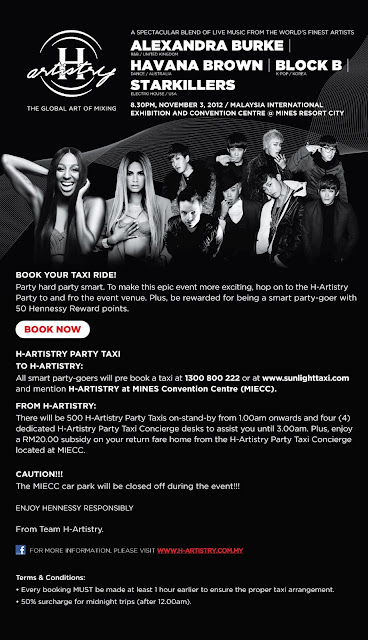 Everydayfoodilove.co/ www.foodloh.com team: Thank you for reading our posts. Our team media coverage touches mostly on lifestyle events and focuses on happening scenes in Kuala Lumpur and Kota Kinabalu. Invite us for food reviews, travel and hotel reviews, KL clubbing reviews and product launches. Our other interests include the movies, technology and photography. Subscribe to my facebook page. Contact us via my email at: [email protected] or [email protected]
Event Kuala Lumpur Liquor