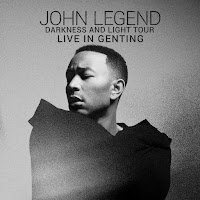 HEY FANS of John Legend! Remember I announced sometime back that the critically acclaimed Grammy Award winning singer will be touring Malaysia as part of the Darkness & Light Tour 2018! And he will be performing at Resorts World Genting on the 17th March 2018.


The internationally acclaimed singer, songwriter, musician and actor John Legend is coming to Malaysia! He will be making stops in various cities throughout Asia including Hong Kong, Tokyo, and Taipei before hitting local shores. This is his third trip to the country, previously hitting Malaysian shores in 2011 and 2014. 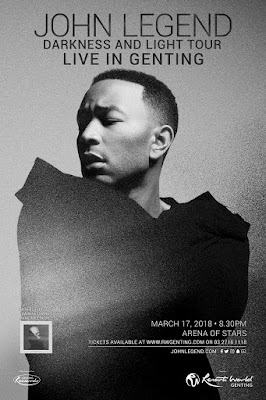 He will be bringing his Darkness and Light Tour Live in Genting to Resorts World Genting on the 17th March 2018 following the success of the album of the same name which was streamed over 12 million times in its first week and debuted on the Top 20 of the Billboard 200. The singer has produced several hit songs such as ‘Love Me Now’, ‘All of Me’ and ‘Beauty & The Beast’, is set to perform at the Arena of Stars. With five studio albums to his name, the singer is set to perform his R&B and soul numbers for his fans.

The crooner has not only made his mark in the music industry but in film and television as well starring in multiple Oscar award winning musical film, La La Land. He also produced an American television period drama series Underground. 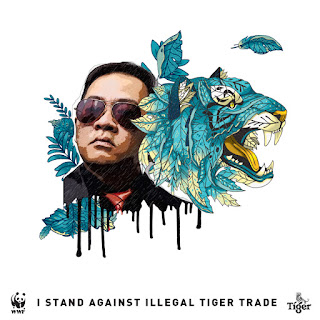 Everydayfoodilove.co/ angeline-ong-yoga.blgspot.com. Thank you for reading! We are currently expanding our reach in South East Asia to bring more for your next leisurely consideration. Our media team does media coverage for a wide variety of topics, ranging from Lifestyle events, HoReCa (Hotel, Restaurant and Cafe) reviews, Upcoming Clubs and Product launches. Our other interests also include but are not limited to dance, fitness, movies, technology and photography. Please subscribe to our facebook page. If you would like to get in touch with us, please contact us via email at angel_line78@hotmail.com, monicaong@hotmail.com, or michael.marvin.photography@gmail.com.
Advertorial Arena of Stars Genting Highlands John Legend Resorts World Genting