Our tale begins in the year 2011 in Moscow, on a rooftop where a bunch of young Russians mates were quaffing wine, for what better place can you think of to drink with near exclusivity, with a great view of the capital? During the merrymaking, as the usual wont of young energetic people charged with drink, we suppose merry words were bandied back and forth in jest. It was during this that a brainchild was born; why not set up a restaurant which specialised in one main ingredient only? It was not a bad idea, having been done before repeatedly with varying degrees of success, but does the world need yet another restaurant that offers chicken? 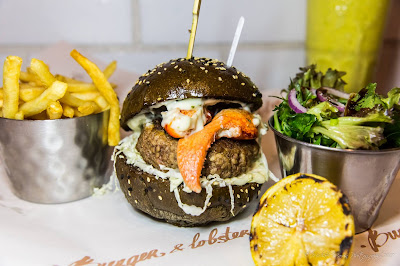 “I know.”, pipes up one fellow, “Let’s do Lobsters!”
“But I like Burgers.”
“Burgers? Nay Lobsters!”
“Beef Burgers are the greatest!”
“But lobsters are more awesome.”
“Let’s do both fellas.” 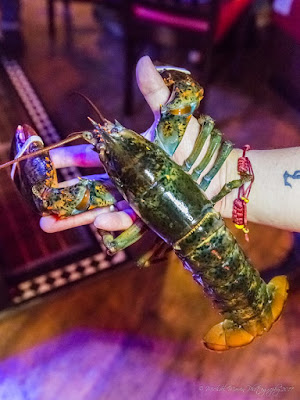 And thus, Burger and Lobster was born. Fanciful tales aside, they gathered their resources and soon, in a small Irish pub in Mayfair (London), they opened their first restaurant. It is a growing success. 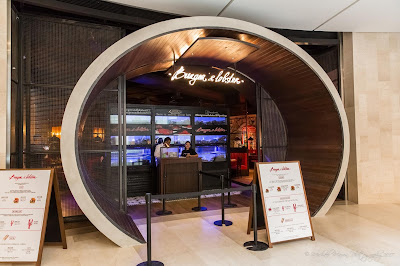 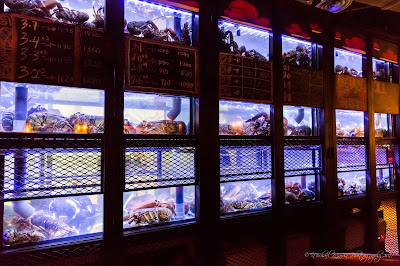 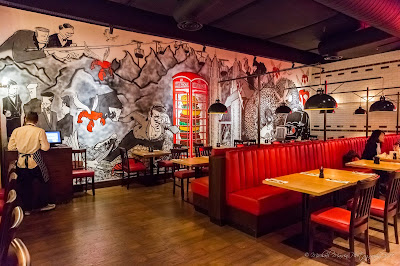 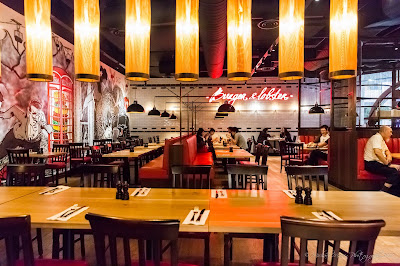 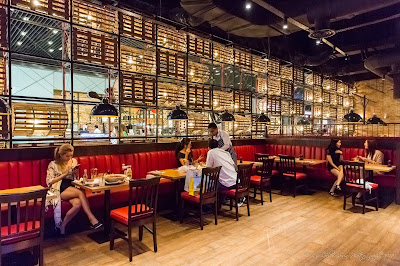 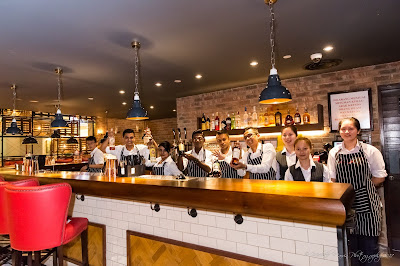 Currently, Burger and Lobster have 9 restaurants operating worldwide, including the one here at Genting Highlands. The interior of the restaurant is wide and spacious, with many commodious seatings for small to large groups of diners. With a seating capacity of 150 persons, this will see an increase in the future with alfresco dining areas overlooking the eagerly anticipated Twentieth Century Fox World theme park when it opens. 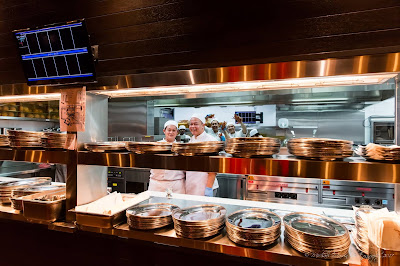 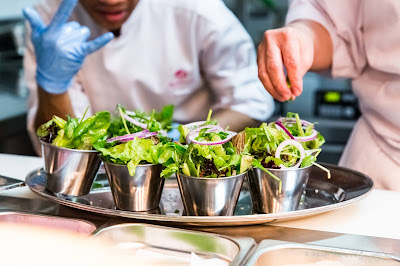 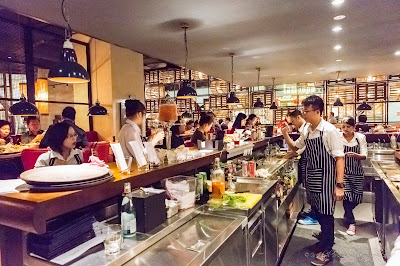 As the name of the restaurant suggests, there are only two items on the menu; burgers; and Lobsters. 😄 The Burgers are made from 100% Australian beef with no fillers. Their meat patties are served in a custom baked Sesame-seed Brioche bun and topped with Beef Bacon, Cheese, Lettuce, Tomatoes, Onions, In-house pickles and a secret sauce. They have an entry level burger called the Mayfair at 168 grams. The Original is their standard entree, at 224 grams whilst their heavy-hitter, the B&L serves a 224 gram burger with lobster meat. All their burgers are served with chips, whilst the B&L comes with chips and an additional salad. 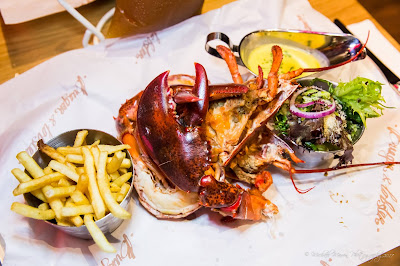 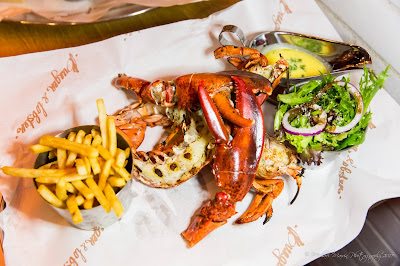 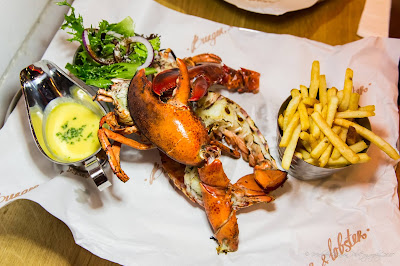 The lobsters on the other hand are imported directly from Nova Scotia, Canada. As they are brought in by bulk weekly, it costs significantly much less compared to dining on lobster elsewhere exclusively. They weigh at an average of 650 - 700 grams each and are either steamed or grilled with clarified butter or the restaurant’s lemon and garlic butter. All their lobsters dishes are accompanied with salad and chips. Diners have an option between three signature styles, namely the Original, the Big Boy and my favourite, the Chilli Lobster. 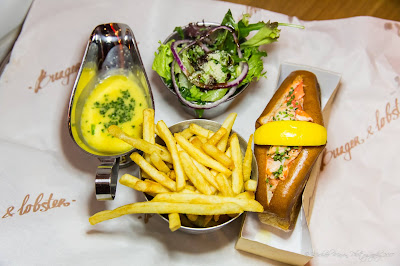 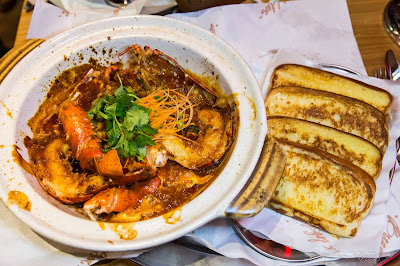 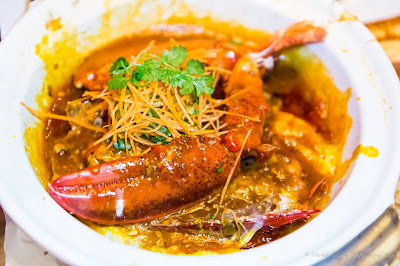 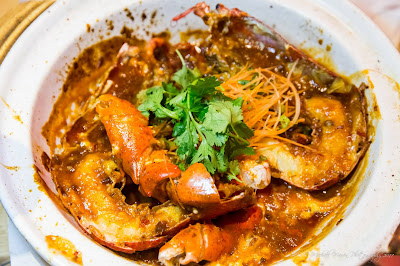 DID YOU KNOW? Nova Scotia is famed for their fishing industry, especially for lobsters. A popular way of eating lobsters there is to boil it in a large pot of Seawater. It can be eaten hot or cold and is often flavoured with melted butter and lemons. If you are visiting this part of the world, do not forget to go on one of their famed Lobster Boat Tours! 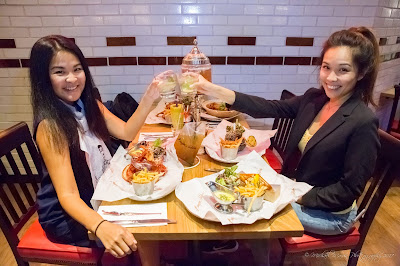 Reader’s Tip: Eating Lobsters can be a fairly messy business, so it is encouraged for you to dress casually. Like most large crustaceans, their bodies are protected by a hard shell and you will need to crack it open to get to the succulent sweet meats inside. At Burger and Lobster, you will be provided with a plastic bibs and a generous helping of napkins. Do not hesitate to use your hands, there are sinks nearby to wash your hands. This restaurant has a great reputation for casual dining and everyone comes here for a lot of fun! 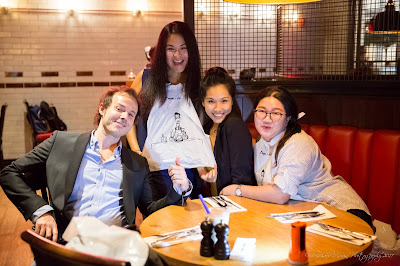 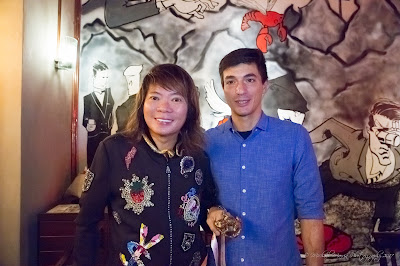 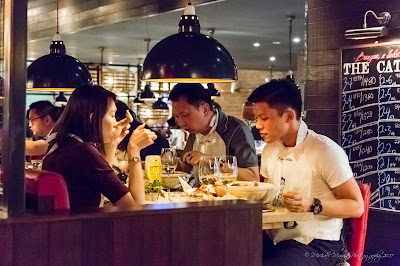 Other items on the menu at Burger and Lobster are the rolls which feature chunks of lobster meat prepared in a choice of three different styles which are served in a signature toasted Brioche roll, and of course, accompanied by salad and chips. They also have the B&L Mini Burger topped with lobster; the Tiger Tiger which are mini buttered rolls of tempura prawns, spicy mayo and avocado and finally the Classic which is a smaller version of the original Burger and Lobster burger. 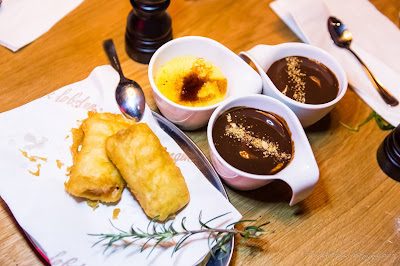 For desserts, there is a choice of Crème Brûlée, Banana Mousse or Ice Cream. Their drinks menu however, commands much respect; they have a fair selection of beers, wines, sodas, milkshakes, juices, soft drinks and cocktails. 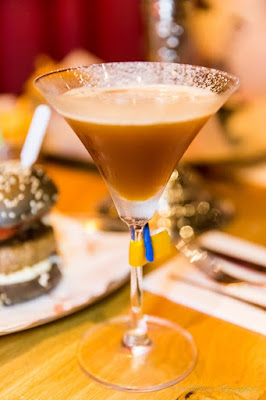 It is no big secret that I love my drinks. I went for the Crusta cocktail, which is a blend of Hennessy VSOP, Angostura Bitter, Chai Tea and Lemons. Readers are warned that this particular cocktail is regarded as having the highest alcohol content among their cocktails, so enjoy responsibly. 😉 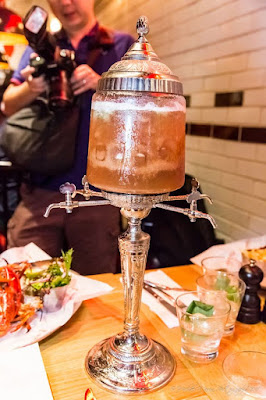 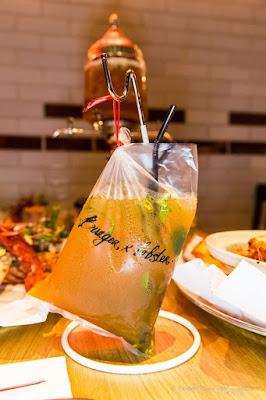 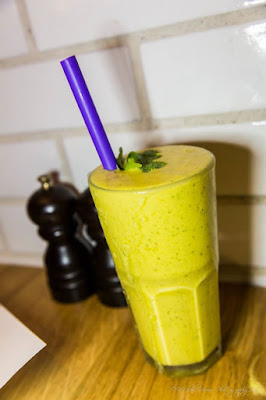 I spent a good two to three hours at this restaurant and as I was leaving, there was an amazingly long queue which snaked all the way past the corner of the restaurant. 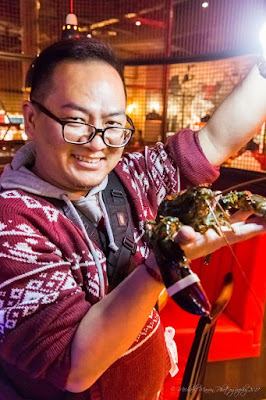 Business is really good, and while they do make space for walk-ins, I reckon it is better to make reservations to avoid disappointment. What are you waiting for? Book that trip to Genting and pay them a memorable visit. Cheers! ~ Marv.7

Everydayfoodilove.co/ angeline-ong-yoga.blogspot.com. Thank you for reading our posts. Our team media coverage touches mostly on lifestyle events and focuses on happening scenes in Kuala Lumpur and Kota Kinabalu. Invite us for food reviews, travel and hotel reviews, KL clubbing reviews and product launches. Our other interests include the movies, technology and photography. Subscribe to my facebook page. Contact us via my email at: angel_line78@hotmail.com or monicaong@hotmail.com
Accommodation attractions Burgers Casino Genting Highland Hotel Lobster Malaysia Media Coverage Travel