Rugby fans will be delighted to know that two of the headliners on the HSBC World Rugby Sevens circuit – Sonny Bill Williams of New Zealand and Carlin Isles of United States - had been named in their respective squads for the Asian legs to be played in Hong Kong and Singapore. 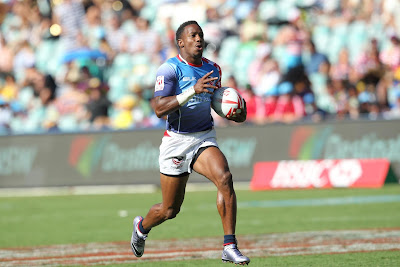 Early this morning, New Zealand’s legendary coach Gordon Tietjens announced his squad of 12 which includes Williams and speed demon Isaac Te Tamaki who both return from injury that kept them out of the last two legs of the World Sevens Series in Las Vegas and Vancouver. Also included in the squad is Rugby World Cup winner Liam Messam who is focusing on sevens this season.

“Sonny Bill and Liam are back in the reckoning. Liam had a very good final in Vancouver and will want to back that up, while Sonny is coming off the back of two very good tournaments in Sydney and Wellington and has been training well," said Tietjens, who had coached New Zealand to 12 Series titles, 4 Commonwealth Games golds and 2 World Cup Sevens. “Sonny and Liam love the sevens culture and are both very hard workers. They mix in really well and want to stake their claims to be in the team to go to Rio. Isaac is probably our fastest player. He has that x factor and can break out and do things out of nothing so he’s a real threat.”

Added New Zealand captain Tim Mikkelson: “Players like Liam and Sonny are really good at offloads. They can create great openings by sucking defenders in and giving us wide players a chance to score. The 7s circuit is pretty close these days, any team on their day can win a tournament. We got to treat every game like a final. Hopefully we can have another good showing in Singapore. I’m sure we have a lot of support there.”

The HSBC World Rugby Sevens series is viewed as the ‘Road to Rio’ as most teams are using the 10- legs circuit to finetune their squads for the Rio Olympics in August where rugby sevens make its historic debut as a medal sport. Despite winning three of the last four legs, New Zealand is currently third in the standings with 104 points, South Africa is lying second on 105 points and defending Series champion Fiji leads with 106 points after six legs. 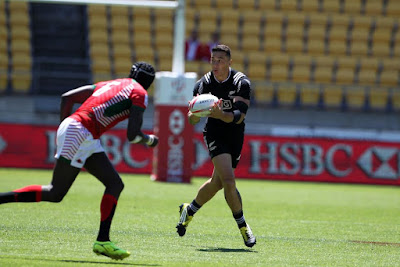 One team that has already beaten the mighty Kiwis twice at the season-opening Dubai Sevens is the United States. The Eagles Sevens, currently fifth on the standings, will welcome back influential veterans Carlin Isles, Zack Test, and Maka Unufe for the upcoming HSBC Hong Kong Sevens and HSBC Singapore Sevens, the seventh and eighth legs of the 2015-16 HSBC World Rugby Sevens Series, respectively.

The trio, who together has a combined 106 appearances on the World Sevens Series, were unavailable for the recent HSBC Canada Sevens earlier this month as Test and Unufe were recovering from injuries, while Isles was given permission by coaching staff to chase his dream of running track at the Rio Olympics with an appearance at the 2016 USATF Indoor Track & Field Championships. Our Partners
 
 Isles, dubbed the ‘world’s fastest rugby player’, has been attempting to make the Team USA Olympic squads in both rugby and athletics. He boasts of a personal best time of 10.13 seconds for the 100 meters that would have put him in the semifinals at the 2012 Olympics.

The HSBC World Rugby Singapore Sevens to be held at the iconic Singapore National Stadium on April 16 & 17 is the only Southeast Asian stop on the World Sevens Series. Besides two-days of world-class rugby action, spectators can rock to an exclusive set from British superstar DJ Pete Tong at the conclusion of play on 16th April under the state of the art domed stadium with its special air- cooled system. All rugby fans can also look forward to a family-friendly carnival with exciting games and fun activities all weekend around the Singapore Sports Hub.

Overseas fans can also expect a seamless 7s experience which takes them from the National Stadium to iconic riverside attraction Clarke Quay. Following the DJ set from Pete Tong, ticket holders can hop onto a shuttle bus service to Official After Party venue Clarke Quay where a music festival awaits them. All ticket holders will enjoy great discounts and privileges at restaurants and nightspots at Clarke Quay and other locations islandwide such as Sentosa and the Marina Bay district.
Category One (S$150) and Three (S$50) two-day passes for adults are selling out fast, while children under 12 years of age only need to pay S$2 for Category Two and Three tickets. All prices exclude booking fees so grab those tickets while they last at www.singapore7s.sg

 About Rugby Singapore Pte Ltd
In a first for a National Sports Association, Rugby Singapore was created in May 2015 to act as the special purpose vehicle to handle commercial and events of the Singapore Rugby Union (SRU). With a board of directors from Sport Singapore and SRU and a team of sports industry professionals, Rugby Singapore serves to protect stakeholders’ interests and to mitigate any risks in events promotion. Its main role is to manage the HSBC World Rugby Singapore Sevens and ensuring its long-term commercial viability.

Everydayfoodilove.co/ angeline-ong-yoga.blogspot.com. Thank you for reading our posts. Our team media coverage touches mostly on lifestyle events and focuses on happening scenes in Kuala Lumpur and Kota Kinabalu. Invite us for food reviews, travel and hotel reviews, KL clubbing reviews and product launches. Our other interests include the movies, technology and photography. Subscribe to my facebook page. Contact us via my email at: angel_line78@hotmail.com or monicaong@hotmail.com
Advertorial Rugby Singapore Sport