Defending SEA Games Philippines is hoping to have another great outing in Singapore at the inaugural South East Asia 7s (SEA 7s) this weekend, despite retaining just three members from last year’s gold-medal winning side. 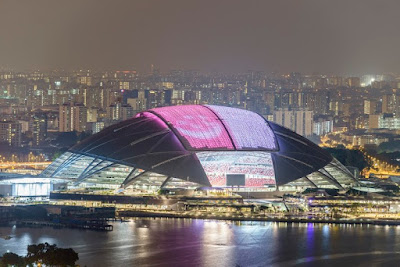 At last August’s SEA Games held in Singapore, Philippines beat Malaysia 24-7 for the men’s gold medal and a month later at the China 7s in Qingdao, Philippines again beat Malaysia 19-17. However since then, bitter rivals Malaysia has beaten Philippines twice, a 21-19 win in Colombo at the Sri Lanka 7s and a 15-10 win in Hong Kong during last November’s Olympics qualifiers.

“Our goal in Singapore is of course to win the tournament,” said Jake Letts, Head of the Philippines’ National Teams. “The Philippines will always be confident in the squad sent to compete. With the changes made to the Philippines Volcanoes, Malaysia could be seen as favorites. With rugby development in Singapore and its professionally financed union, Singapore will be hard to beat at home. Our chances however, are as good as any, especially with the unpredictability of 7s rugby.”

Since April 9, the Philippines sevens teams have been in high performance training camp in Southern Plains Field in Calamba, Lagune. This camp acts as a full time program leading up to the tournament in Singapore and features two sessions a day together with team meetings, recovery sessions and game plan management before both national teams depart on Thursday April 14.

Added Letts: “The men's team will be significantly different for this tournament with the aim of developing new national players into the program. This tournament acts as a stepping stone for the Philippines Rugby Football Union to breed new players and test their abilities on the Asian level. The team will be fairly young with some debutants having the opportunity to make their mark. For the Women's, most players from the 2015 SEA Games bronze medal winning team remain.”

According to last year’s SEA Games winning captain Letts, the Men's team will breed a few exciting young players with the likes of Andrew Pagalilauan Ramsden, Robert Benitez McCafferty and Tommy Kalaw Gilbert. These players are all young Filipino heritage players with exciting potential and will be looking to show their speed and skill at the SEA 7s. 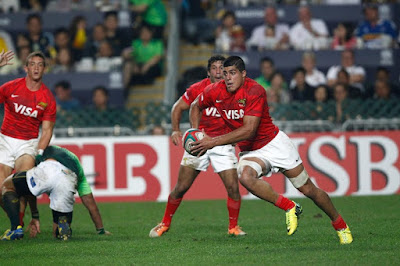 The 8-team men’s competition will feature host Singapore (2 teams), Indonesia, Laos, Thailand, Brunei, Philippines and Malaysia, and such a competition is viewed as a boost to regional rugby development. 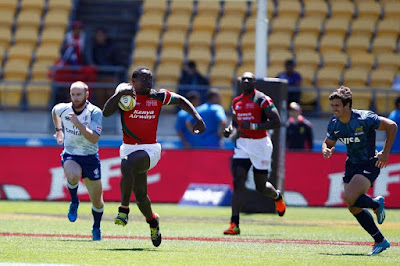 “Rugby 7s is obviously going to get more support after the inclusion in the Olympics and also with Japan hosting the 2019 Rugby World Cup,” explained Jetts. “I believe the SEA 7s is a great concept and will grow and develop the sport of rugby in the region. With the HSBC World Sevens Series being held in Singapore each year, the SEA 7s gives the Southeast Asian nations another tournament to participate every year and to compete on a level playing field. This allows valuable on-field experience to get stronger to compete with the likes of Hong Kong and Japan at the Asian level.” 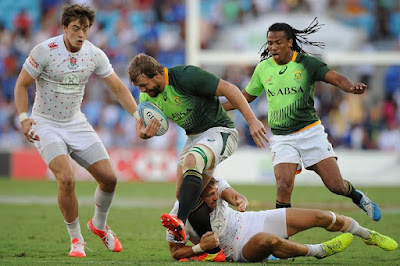 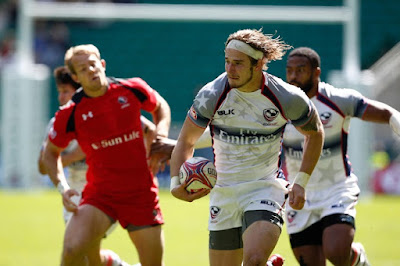 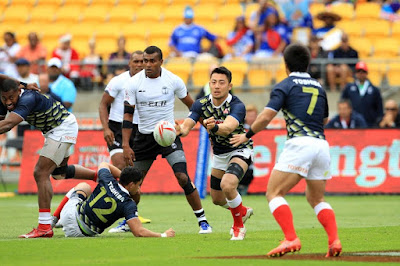 Besides two-days of world-class rugby action, spectators can enjoy exclusive set from British superstar DJ Pete Tong at the conclusion of play on 16th April under the state of the art domed stadium in Singapore with its special air-cooled system. All rugby fans can also look forward to a family-friendly carnival with exciting games and activities all weekend at the Singapore Sports Hub. 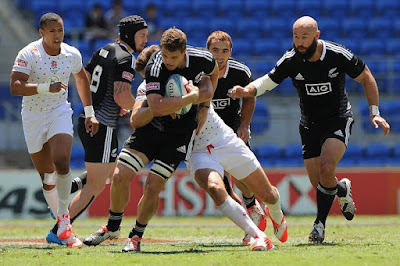 Overseas fans can expect a seamless 7s experience which takes them from the Singapore National Stadium to iconic riverside attraction Clarke Quay. 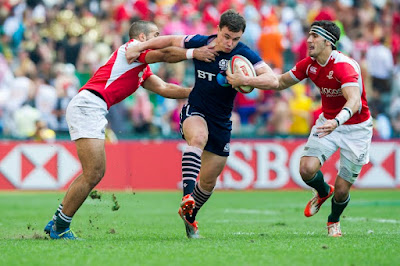 Following the DJ set from Pete Tong, ticket holders can hop onto a shuttle bus service to Official After Party venue Clarke Quay where a music festival awaits them. All ticket holders will enjoy great discounts and privileges at restaurants and nightspots at Clarke Quay and other locations islandwide such as Sentosa, Boat Quay and the Marina Bay district. 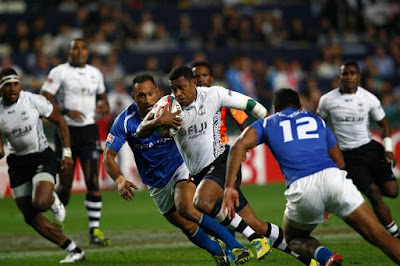 Admission to the SEA 7s at Yio Chu Kang on 15th April is free, while ticket prices to the HSBC World Rugby Singapore Sevens at the National Stadium ranged from S$50 (1713 PHP) to S$150 (5141 PHP) for adults. Children under 12 years of age only need to pay S$2 (68 PHP) for Category Two and Three tickets. All prices exclude booking fees and tickets are available online at www.singapore7s.sg 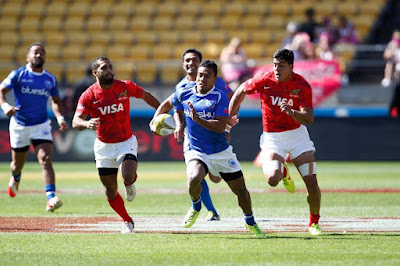 About Rugby Singapore Pte Ltd
In a first for a National Sports Association, Rugby Singapore was created in May 2015 to act as the special purpose vehicle to handle commercial and events of the Singapore Rugby Union (SRU). With a board of directors from Sport Singapore and SRU and a team of sports industry professionals, Rugby Singapore serves to protect stakeholders’ interests and to mitigate any risks in events promotion. Its main role is to manage the HSBC World Rugby Singapore Sevens and ensuring its long-term commercial viability. 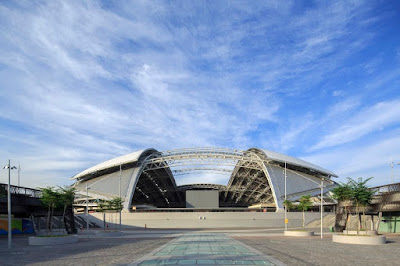 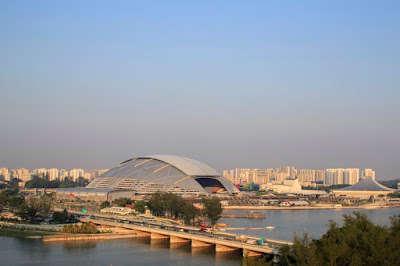 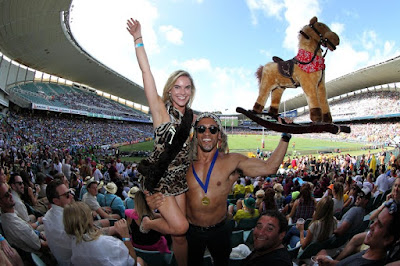 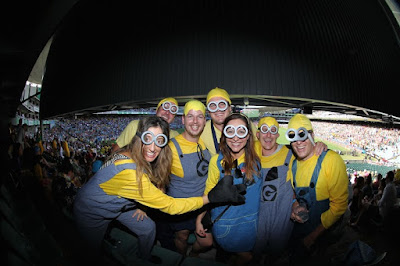 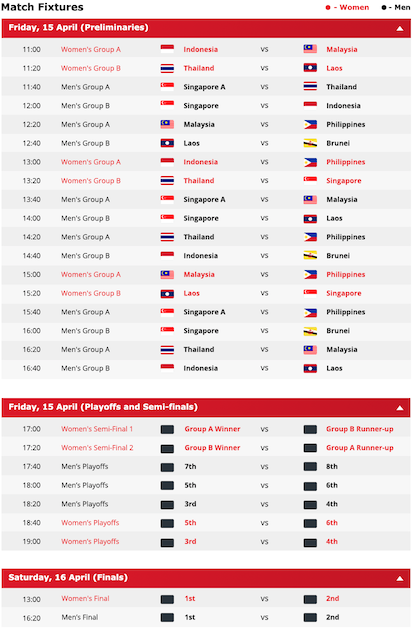 Fringe Activities: School Outreach Programme
TAG 7s: The programme teaches and encourages players to use basic rugby skills and to instil rugby values – teamwork, respect, discipline and sportsmanship. The programme aim to each 140 schools, more than 14,000 students over a period of 4 hours (age 8 to 18 years).

Adopt A Country: 16 schools will adopt a playing country and research on the country ahead of their arrival in Singapore. This will allow students to deepen their knowledge of visiting countries and embrace different cultures.

Community Engagement Programme
Volunteer Programme: The programme aims to instil the spirit of volunteerism in the community and encourage players to give back to the sport. We are targeting 300 volunteers to assist in various areas of the event.

Development Programme
Heroes In The Making: A training clinic was held for 60 U16 players by former Blacks Sevens star Scott Waldron and two players were selected from the cohort to travel on an all-expenses paid trip to attend elite training programme in Wellington, New Zealand.

Other Activities
Charity Gala Dinner: A platform for business community to network, as well as an opportunity to raise funds for a charitable organisation. 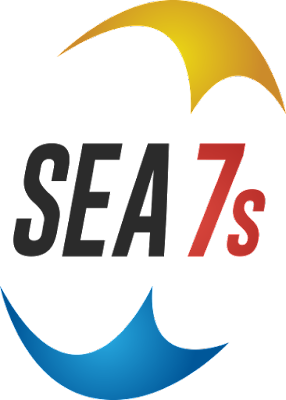 Everydayfoodilove.co/ angeline-ong-yoga.blogspot.com. Thank you for reading our posts. Our team media coverage touches mostly on lifestyle events and focuses on happening scenes in Kuala Lumpur and Kota Kinabalu. Invite us for food reviews, travel and hotel reviews, KL clubbing reviews and product launches. Our other interests include the movies, technology and photography. Subscribe to my facebook page. Contact us via my email at: angel_line78@hotmail.com or monicaong@hotmail.com
Advertorial HSBC World Rugby Rugby SEA Games Singapore Sport