At Sandakan Kopitiam in 88 Market Place, you can find famous Sandakan food such as Springy Noodle, Century Egg Dumpling and Prawn Ball without the need to travel far. 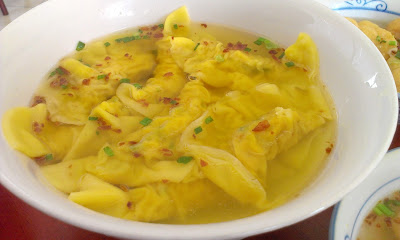 Century Egg Dumpling (L) RM15.00
The Pei Dan Gai in Sandakan Kopitiam is a highly recommended dish. Be amaze with the texture of the dumpling at your first bite. The century egg was nicely coated with a layer of minced pork and wrapped with dumpling skin. 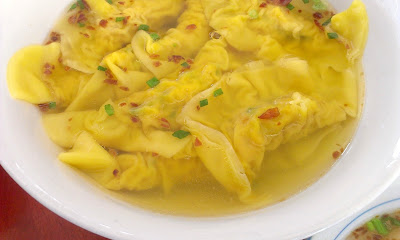 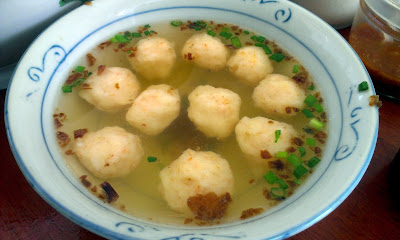 Prawn Ball RM5.00
The homemade Prawn Ball is made from fresh prawns, hence, it had a springy texture and natural seafood sweetness. 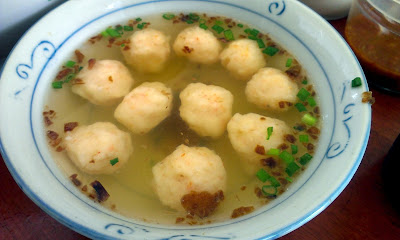 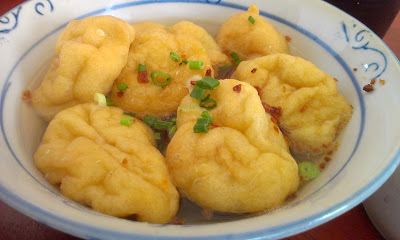 Fish Beancurd Puff RM5.00
Fish Beancurd, or more well-known as 'Yu Fu', is a dish made from fish paste stuffed in beancurd puff. Drenched in soup, it tasted spongy and flavoursome. 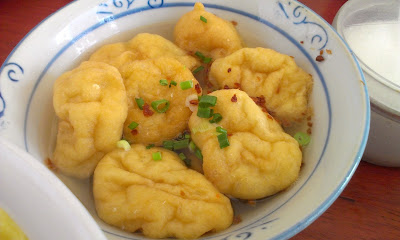 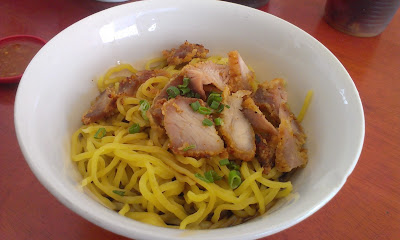 Sandakan Noodle with Char Nyuk RM4.50
Ordering the springy Sandakan Noodle is a must as it is one of the signature dish of Sandakan. The incredibly springy noodle texture mixed with delicious sauce topped with Char Nyuk (deep-fried pork marinated with fermented red beancurd) tasted really good. 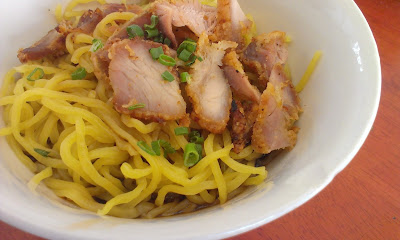 Everydayfoodilove.co/ angeline-ong-yoga.blogspot.com. Thank you for reading our posts. Our team media coverage touches mostly on lifestyle events and focuses on happening scenes in Kuala Lumpur and Kota Kinabalu. Invite us for food reviews, travel and hotel reviews, KL clubbing reviews and product launches. Our other interests include the movies, technology and photography. Subscribe to my facebook page. Contact us via my email at: angel_line78@hotmail.com or monicaong@hotmail.com
88 Market Place Dumpling Kota Kinabalu Food Non-Halal Sandakan Noodle