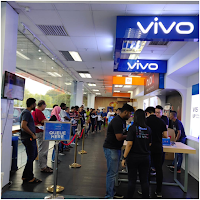 A big crowd had gathered at the DirectD Gadget Mega Store from as early as 3:00PM to be the first to own the AI Triple Camera Shoot like a Pro Vivo V15 smartphone although the official launch is only on 23 March 2019. The first 20 buyers received goodies in the form of luggage bags, petrol vouchers and limited edition Vivo t-shirts. 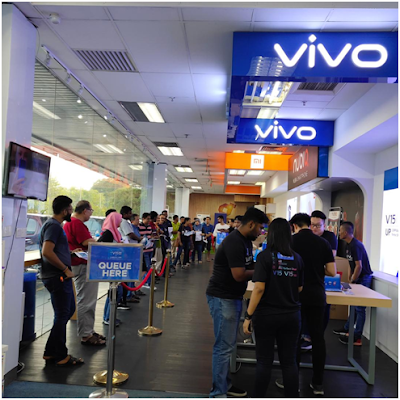 Early birds were also rewarded with a 3 Day/2 Night hotel stay vouchers in Malaysia, Indonesia or Thailand, professional tripods and Full HD action cameras on top of the freebies.

It was well worth the wait for one lucky buyer as DirectD also held a Lucky Draw for the customers where the winner received an extra V15 smartphone, given away by local celebrity Zukie, 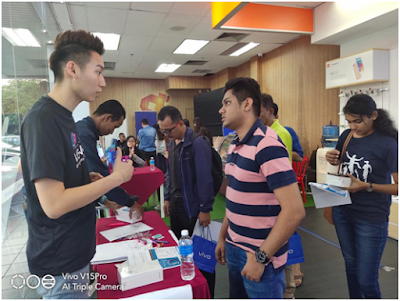 The AI Triple Camera Shoot like a Pro Vivo V15 smartphone is the latest offering from the brand featuring the world’s first Front Elevating 32 megapixel camera widely known as the selfie phone.

Vivo itself will be holding its own V15 Superday Sale on 23 March 2019 at Highstreet, New Wing, One Utama Shopping Centre with more freebies for early buyers. 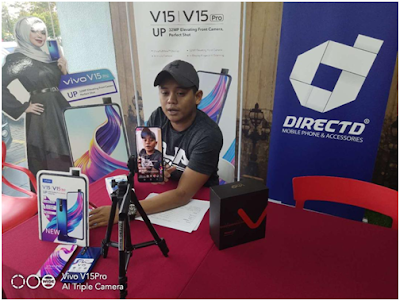 Further information is available on http://www.facebook.com/VivoMalaysia

Everydayfoodilove.co/ angeline-ong-yoga.blogspot.com. Thank you for reading our posts. Our team media coverage touches mostly on lifestyle events and focuses on happening scenes in Kuala Lumpur and Kota Kinabalu. Invite us for food reviews, travel and hotel reviews, KL clubbing reviews and product launches. Our other interests include the movies, technology and photography. Subscribe to my facebook page. Contact us via my email at: [email protected] or [email protected]
Advertorial Kuala Lumpur Product Launch Vivo