The next event of the Great Eastern Viper Challenge Series, widely acknowledged as Asia's biggest obstacle course running event, is scheduled to be held at Genting Highlands on July 15, 2017. Dubbed the Great Eastern Genting King of the Mountain, it will challenge 10,000 participants for the second year as they battle the hilly terrain, winding roads and some new obstacles.  Hosted by Genting Resorts, the cool climate offers a unique experience for all participants, a vast difference from the searing heat of the previous stops. 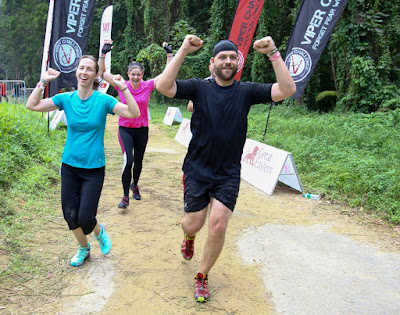 The event will cover a distance of 10km and will have 15 obstacles with the first wave of participants set to be released as early as 7am. Participants will receive their finisher medals and event t-shirts once they have completed the challenge. Great Eastern’s LIVE GREAT booth will be offering free photo printouts and a chance to win Starbucks gift cards at the 'LIVE GREAT Fitness Challenge'.

"It is always exciting being back here in Genting Highlands as it provides a different atmosphere compared to the previous venues. The hilly roads and weather will be the sixteenth obstacle for each participant as they battle their way to the finish line," said Selva Kumar, CEO of Original Bootcamp Sdn Bhd, the brains behind the Viper Challenge. 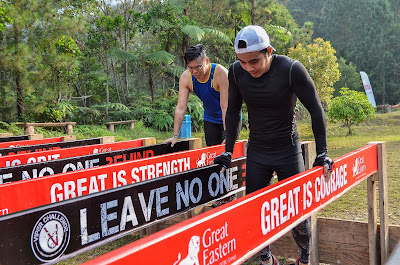 “Viper Challenge highly regards the health and fitness of one’s life and we are glad to help educate and motivate our participants on the importance of being healthy especially when they live a fast-paced lifestyle,” he added.

The Great Eastern Viper Challenge 2017 Series is presented by Great Eastern Life as part of their 'LIVE GREAT Programme', the first integrated health and wellness programme by an insurance company in the region. The programme comprises five components including wellness tools, health tips, mobile applications, workshops and events. Added to this, customers can use the LIVE GREAT Card to enjoy exclusive health and wellness privileges at partner establishments throughout the region. 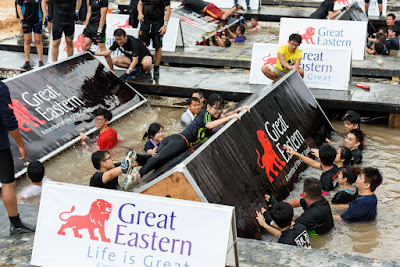 "Participants of the Viper Challenge have to challenge themselves to go beyond their boundaries and limits to overcome the various obstacles throughout the event and emerge victorious to experience a sense of accomplishment at the end.

"The event not only promotes a well-balanced and holistic idea of good health but also emotional wellness to foster camaraderie and teamwork. We believe the importance of a healthy body and mind will go hand-in-hand towards achieving a holistic healthy lifestyle”.

Due to the high demand, the Viper jet package offers an impressive deal for participants to travel from Singapore to Kuala Lumpur before making their way up to Genting Highlands. The package for two includes flight tickets to and from Singapore, entry tickets to the Great Eastern Genting King of the Mountain and two nights stay at the First World Hotel, Genting.

Malaysia Major Events, a division of Malaysia Convention and Exhibition Bureau (MyCEB), and an agency under the Ministry of Tourism and Culture, Malaysia (MoTAC), has pledged its continuous support of the Viper Challenge. Since the first edition in 2013, more events have been introduced yearly with the brand currently boasting well over 120,000 enthusiasts who have competed in events on the local front and internationally.

Viper Challenge’s multiple formats which cater to the masses and an elite few, require participants to complete any three of the five events - Singapore, Penang and Johor (entry-level), Genting Highlands, Shah Alam (mid-level) and the final event, the Great Eastern Viper Challenge.

The next Great Eastern Viper Challenge event will be held at the majestic Shah Alam Stadium in September where the participants will aim to complete their Series Finisher Medal with the grand finale taking place at Cyberjaya in December. 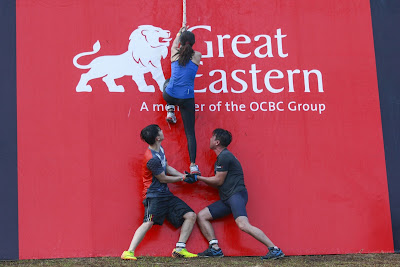 ABOUT VIPER CHALLENGE:
Viper Challenge is Asia’s Largest Obstacle Course Running event and is the brainchild of Original Bootcamp Sdn. Bhd. Started in 2013, has now become immensely popular with frequent sold out events and currently have over 120,000 enthusiasts participating in their events locally and internationally. Viper Challenge 2017 season kicked off in Singapore and will next make its way to Penang on March 25, 2017 before heading south to Johor on April 30, 2017 to complete the entry level. The mid-level leg kicks off with Great Eastern King of the Mountain on July 15, 2017 followed by Great Eastern Viper Arena, Shah Alam on September 9, 2017 before concluding with the Great Eastern Viper Challenge.

ABOUT GREAT EASTERN HOLDINGS LIMITED
Great Eastern is the oldest and most established life insurance group in Singapore and Malaysia. With S$68.1 billion in assets and over 4 million policyholders, it has three successful distribution channels - a tied agency force, bancassurance, and a financial advisory firm, Great Eastern Financial Advisers. The Group also operates in Indonesia and Brunei and has a presence in China as well as a representative office in Myanmar.

It was named Life Insurance Company of the Year at the Asia Insurance Industry Awards in 2011 and 2013 by Asia Insurance Review. The Great Eastern Life Assurance Company Limited has been assigned the financial strength and counterparty credit ratings of "AA-" by Standard and Poor's since 2010, one of the highest among Asian life insurance companies. Great Eastern's asset management subsidiary, Lion Global Investors Limited, is one of the largest private sector asset management companies in Southeast Asia.

Great Eastern is a subsidiary of OCBC Bank, the longest established Singapore bank, formed in 1932 from the merger of three local banks, the oldest of which was founded in 1912. It is now the second largest financial services group in Southeast Asia by assets and one of the world’s most highly-rated banks, with an Aa1 rating from Moody’s. Recognised for its financial strength and stability, OCBC Bank has been ranked Asean’s strongest bank and among the world’s five strongest banks by Bloomberg Markets for five consecutive years since the ranking’s inception in 2011.
For more information, please visit greateasternlife.com

ABOUT ORIGINAL BOOTCAMP SDN. BHD.:
Original Bootcamp Sdn. Bhd. is an outdoor-based group fitness training system. It is the first of its kind in Malaysia that offers a creative infusion / blend of heart-thumping HIIT (High-Intensity Interval Training), Cross Training, Kettlebell-inspired concepts and bodyweight drill progressions that are structured on the scientific principles of strength and conditioning. Led by a dedicated team of professionals made of Sports Science minds, certified strength and conditioning specialists and experienced trainers, the boot camp focuses on a variety of high-intensity workouts whilst implementing unique training tools such as tyres, ropes and sandbags. This group fitness training system takes place from Monday to Saturday with specific schedules in place for its venues at the KLCC Park, KL Padang Merbok and the PJ Padang Astaka. Original Bootcamp have previously conducted corporate trainings for Air Asia, New Straits Times, TV3, Maxis, Fly FM, Astro, Shell and Ambank to name a few. For further information, please log on to http://www.bootcam p.com.my/index.php

ABOUT MALAYSIA MAJOR EVENTS
Malaysia Major Events (MME) is a division of Malaysia Convention and Exhibition Bureau (MyCEB), an agency under the Ministry of Tourism and Culture, Malaysia (MoTAC). MME was established under the Government’s Economic Transformation Programme (ETP) to identify, promote, facilitate as well as support viable international events to be staged in Malaysia. With its main objective to enhance Malaysia’s economic growth and profile, MME is also tasked to identify and support major event bids for sports, arts, lifestyles and entertainment events and provide assistance to home-grown and home-hosted events in order to further strengthen Malaysia’s global appeal as the venue of choice for major events in the region. MME also acts as a conduit between the public and private sectors in ensuring seamless processes are achieved through synergistic relationships with diverse event stakeholders in staging successful events in Malaysia.
For more information, please visit www.mymajorevents.com.my and follow us on www.facebook.com/MyCEB , twitter @MyMajorEvents and Instagram @mymajorevents

Everydayfoodilove.co/ angeline-ong-yoga.blogspot.com. Thank you for reading our posts. Our team media coverage touches mostly on lifestyle events and focuses on happening scenes in Kuala Lumpur and Kota Kinabalu. Invite us for food reviews, travel and hotel reviews, KL clubbing reviews and product launches. Our other interests include the movies, technology and photography. Subscribe to my facebook page. Contact us via my email at: [email protected] or [email protected]
Advertorial Genting Highlands Great Eastern Media Coverage Media Invitation Resorts World Genting Viper Challenge