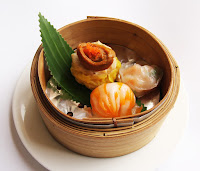 The short videos, which was officially launched by Yang Berhormat Datuk Joniston Bangkuai, Chairman of Sabah Tourism Board, were simultaneously played on digital platforms via Promenade Hotels & Resort Facebook and @PromenadeHotels Instagram to be viewed by a wider audience on stories of Unsung Sabahan Heroes and the unique lives they lead here, which in turn will generate interests to explore the many beautiful and fascinating things that this Land Below The Wind has to offer to the world.


According to the hotel’s General Manager - Mr. Adrian Ng, the main objective of this launch is to show our gratitude and appreciation to normal everyday people who are seen as heroes regardless how minute his/her contribution is towards the society. The 2 local Malaysian heroes featured on each of the short video clips are:-
• Mr. Mohd Rizuan Kauhinin - a member of the Malim Gunung Guide who was acknowledged as one of those who saved lives during the Ranau earthquake on 5th June 2015
• Mr. Ginantar Balud - a Pastor who initiated Rumah Bakti Harapan – a home to mentally and physically challenged residents in Inanam.

During the launch, Promenade Hotel Kota Kinabalu also incorporated an element of charity – as seen in one of the short video clips on Rumah Bakti Harapan, it was made obvious that the said home is in need of funds to construct its own building for the current residents and with earnest hope that the new building is able cater to more residents with similar fates. By releasing the hotel’s corporate gift (i.e. Luggage Covers) endorsed by Sabah Tourism Board, Promenade Hotel Kota Kinabalu has pledged to channel all sales proceeds from the Luggage Covers to Rumah Bakti Harapan’s building fund.

One of the specially prepared Assorted Mini 'Pau' served for brunch after the launch.

One of the specially prepared Baked Green Apple Tart and Baked Lotus Tart served for brunch after the launch.

One of the specially prepared Deep Fried Bean Curd with Pickled Radish served for brunch after the launch.

In his keynote address, YB Datuk Joniston indicated that over the years, tourism has been (and will continue to be) one of the major revenue generators to Sabah, which has placed Sabah on the world map. Seeing the number of foreign and domestic tourists visiting Sabah on the rise again, the government will continue to make every effort by collaborating with various agencies to provide world class and safe facilities to accommodate the ever increasing visitors while preserving the scenic beauty of Sabah in order to fulfil visitors’ ideal getaway destination.

Hence, he went on to thank and congratulated the team at Promenade Hotel Kota Kinabalu for the contribution and commitment towards the tourism & hospitality industry and the local community, and for a job well done – as the first Hotel establishment to organize the first ever tourism-CSR related event.

[Promenade Hotel Kota Kinabalu officially adopted Rumah Bakti Harapan in Year 2001 and took the liberty to absorb the home’s monthly utility bills. Apart from quarterly scheduled visits, the hotel also delivers perishable goods on a monthly basis. Pastor Ginantar Balud, President of the home, also gladly welcomes any form of contributions as the home depends on it from general public for their daily operational needs. For details or contribution, kindly contact Tel: 088-422 374.]