Ticket sales are now on sale for this three day culinary extravaganza. Marina Bay Sands’ culinary extravaganza makes its return from 12-14 August 2016 at Sands Expo and Convention Centre, Level 1 (Hall A, B, and C) and aims to be the best edition yet. Now in its fourth year, Epicurean Market proves that it is still the premier gastronomic event for food and wine lovers. The three-day festival is packed with new offerings this year, from the introduction of award-winning restaurant Yardbird Southern Table and Bar to an expanded farmer’s market and an extensive collection of complimentary and paid masterclasses by Singapore’s leading wine and spirits experts. 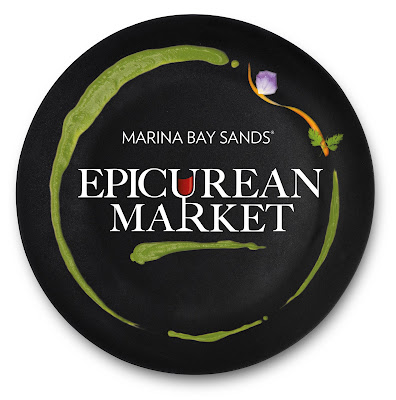 Founder and CEO John Kunkel has built an award-winning restaurant group in just under two decades, demonstrating his immense talent for conceptualising and developing a broad range of hospitality concepts. For Yardbird, John took inspiration from his own roots, perfecting family recipes of Southern favourites that included his grandmother’s famed 27- hour brined and crispy fried chicken with heavenly waffles. The success of Yardbird Southern Table & Bar in Miami in 2011 propelled a second opening of the concept on the iconic restaurant row at The Venetian, a property operated by Las Vegas Sands.

During Epicurean Market, Kunkel together with his culinary team will personally dish out Yardbird’s Southern comfort fare at its booth located within the Celebrity Chef restaurant arena.

  Also making its debut at Epicurean Market are award-wining restaurants from the Venetian Macao, Marina Bay Sands’ sister property in Macau. Making a one-time-only appearance for the festival are North and The Golden Peacock. Visitors will be able to savour the traditional cuisines from the Dongbei and Sichuan regions of China that North specializes in, and indulge in the signature flavours from the one Michelin-starred Indian restaurant The Golden Peacock. 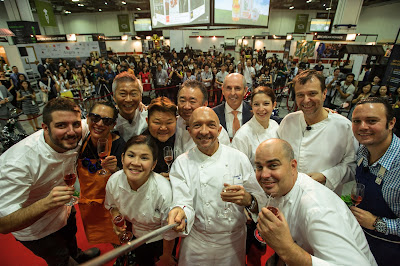 More than Masterclasses
These culinary brands will be joined by renowned international chefs Daniel Boulud, Nancy Silverton, David Myers, Tetsuya Wakuda, David Thompson and Justin Quek, who are back by popular demand this year to give cooking demonstrations and workshops.

Singapore’s own Justin Quek will take patrons on an intricate journey to discover the ‘Flavours of Asia’ while Adrift’s David Myers and Head Bartender Ruben Anandha will throw the ‘Ultimate Cocktail Party’ masterclass with fun party food and tipples to match.

Returning after two successful seasons, the show favourite ‘Mystery Box Battle’ will be staged once again, with reigning champion Jonathan Kinsella (executive chef of db Bistro & Oyster Bar) going head to head with CUT’s executive chef Joshua Brown. They will have an hour to create a host of delicious dishes from a basket of secret ingredients chosen by Marina Bay Sands’ executive chef Christopher Christie.

Beyond food, patrons will also get to learn all about brewing Vietnamese coffee, the processes behind setting up your own microbrewery and even the art of water pairing from San Pellegrino where consumers are taught how premium waters from different terroirs pair with fine food and wine.
Epicurean Market will also welcome new purveyors that include Singapore microbrewery, Little Island Brewery. Patrons will get to sample and purchase Little Island Brewery’s Sister Golden Ale, available on draught and a Gold Medal Winner in the 2014 and 2015 Asia Beer Awards. The Old Black Magic Stout, a Gold Medal Winner in the 2016 Asia Beer Awards will be made exclusively available at Epicurean Market. Little Island Brewery also offers a range of beers and ciders imported from boutique breweries from the United Kingdom that include the only cream stout in Singapore, a St Peter’s Cream Stout which uses real cream in the fermentation process.

This year Proof and Company, the folks behind Asia’s award-winning bar, 28 HongKong Street, will be launching their retail brand, EC Proof, at Epicurean Market. Expect a comprehensive but curated array of over 300 craft spirits, home bar kits, recipe and guide books on cocktails and spirits, and smart bar pantry items - everything you need to entertain with craft cocktails and spirits at home. The award winning bartenders from Proof and Company will also be on hand to provide tips, tricks and tastes.

  Spirits distributor Diageo also returns to Epicurean Market this year, offering a range of free and mini masterclasses that cover a range of topics on spirits, whisky and wine. Sidle up for a seat at the World Class Bar, where you can sip on craft cocktails mixed up by some of the best Diageo World Class bartenders, or attend paid wine and whisky masterclasses led by Penfolds and Mortlach whisky brand ambassador Georgie Bell respectively. This year, Diageo is also bringing guests a True Blue Singaporean experience where guests can try local hawker-fare inspired cocktails in a unique setting.

An Expanded Farmer’s Market
This year’s Farmer’s Market will see an increase in stalls serving up fresh produce and artisanal products. Marina Bay Sands will once again work directly with Farmer’s Markets across Asia, Europe and North America to offer the finest and freshest gourmet produce. A selection of specialty cheeses, red hued Sockeye Salmon and Campari tomatoes are just some of the produce made available from the Okanagan Valley Market in British Columbia. Patrons will also get to purchase a range of fruits and vegetables that include Ojai Pixie Tangerines, Vidalia Onions and Crenshaw Melons from the Los Angeles Specialty Market.

Mr. Tamir Shanel, Vice President of Food & Beverage at Marina Bay Sands said: “With Epicurean Market now in its fourth year, we are proud to showcase a range of culinary offerings that will satiate even the most discerning culinary gourmand. We hope to make this edition the best gourmet experience for Singapore foodies this year.”

Booking Your Tickets
You can now purchase tickets to the culinary event of the year. Three day passes are priced at S$35 and include a pair of Schott Zwiesel champagne flutes worth S$46 and entry to the After Parties on Friday 12 August and Saturday 13 August featuring live DJ sets, sumptuous food and cocktails from renowned mixologists. This year, guests will enjoy an additional hour to peruse the event’s culinary offerings as opening hours have been extended to 10pm on Friday and Saturday. The After Parties are also extended by an hour to end at 2am.

 Celebrity chef restaurants such as Daniel Boulud’s db Bistro and Oyster Bar and CUT by Wolfgang Puck will set up pop up stalls within the Farmers’ Market to sell unique craft produce during Epicurean Market. Daniel Boulud will unveil the delicious baked goods and speciality produce such as his signature house-made charcuterie from Épicerie Boulud, his famed eat-in/take-out market in New York. CUT will run a butchery inside the Farmers’ Market, selling selected premium cuts of meat from its award-winning steak restaurant. 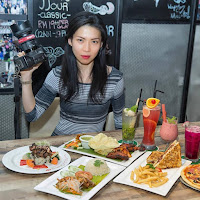 Everydayfoodilove.co/ angeline-ong-yoga.blogspot.com. Thank you for reading our posts. Our team media coverage touches mostly on lifestyle events and focuses on happening scenes in Kuala Lumpur and Kota Kinabalu. Invite us for food reviews, travel and hotel reviews, KL clubbing reviews and product launches. Our other interests include the movies, technology and photography. Subscribe to my facebook page. Contact us via my email at: [email protected] or [email protected]
Advertorial Epicurean Market Marina Bay Sands Media Coverage Singapore